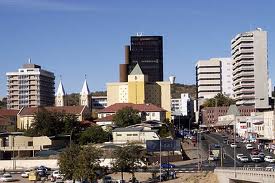 Economic growth in sub-Saharan Africa should significantly outpace the global average over the next three years, according to the World Bank.

Higher commodities, increasing investment and a general pick-up in the world economy should all boost the continent’s growth to more than 5%.

But the World Bank added that African governments had to do more to ensure that this growth reduced poverty.

Global GDP was forecast to grow by an average of 2.4% this year.

The report said strong economic growth in Africa had significantly reduced the extent of poverty in Africa over the past decade or so.

“If properly harnessed to unleash their full potential, these trends hold the promise of more growth, much less poverty, and accelerating shared prosperity for African countries in the foreseeable future,” said World Bank economist, Punam Chuhan-Pole.

But the Bank added that poverty reduction was being held back by income inequality and a reliance on mineral and mining exports in some African countries.

Resource-rich countries such as Equatorial Guinea, Nigeria and Gabon were singled out as making less progress in combating poverty than other African countries with fewer natural resources.

“While the broad picture emerging from the data is that Africa’s economies have been expanding robustly and that poverty is coming down, the aggregate hides a great deal of diversity in performance, even among Africa’s faster growers,” said Shanta Devarajan, the World Bank’s chief economist for Africa.

Investment in infrastructure would be key to the continued success of the oil and gas sectors in East Africa and the exploitation of the huge coal deposits in Mozambique.

The mineral sectors in places such as Ghana, Guinea, Liberia, Nigeria and Sierra Leone should continue to attract investment, the Bank said.

The World Bank did, however, identify some problem areas it felt could hold back economic growth.

Labour unrest in the continent’s largest economy, South Africa, as well as political issues in the Central African Republic, Mali and Togo were identified as potential concerns.

The Bank warned that risks to African growth remained, not only from the continuing crisis in the eurozone, but also from any sharp unforeseen downturn in demand for commodities from China.