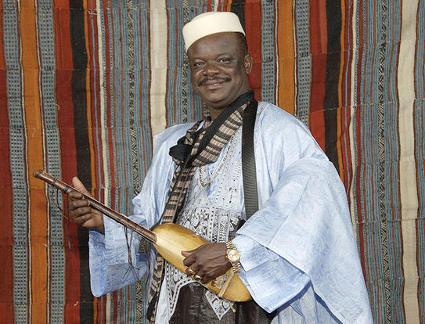 It is a chilly evening in Washington, D.C, but the crowd in the Bossa Bistro is impressive, the ambiance is great whites, blacks and hispanics dancing, people nodding heads at the bar and cheering as the band distills profoundly touching music. Except for the Malians, Guineans, 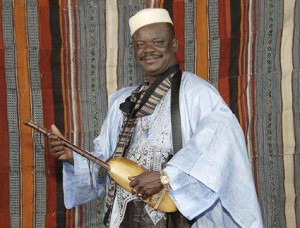 Burkinabe’s and Senegalese at the Bistro, few could understand the words from the music but you could tell from the reaction around that it had a magnetic effect and people were having fun. On stage was Cheick Hamala Diabate, a leading Griot from Mali expertly sharing tradition from his jeli or griot background. “Griots are story tellers, peace makers, poets, musicians and more with a lot of influence in working towards a harmonious society,” says Cheick Hamala.

His preferred musical instrument is the “ngoni” and few are those who can rival him when it comes to its mastery. Hamala is not only the undisputed master of the “ngoni,” but others have learned how to play several other traditional instruments from him. At the Bossa Bistro, he is accompanied by a band which has a cast of whites, African Americans, and Africans. “It is the result of constant training,” said Hamala when asked on how he succeeded in fusing such a diverse cast to play authentic Malian music. Music is universal he said.

From Africa, to Europe, Asia, and South America, Canada, Hamala has toured extensively and sometimes it is better to ask him where he has not been to instead of where he has been to. He has met and advised global leaders and is at ease playing for a young couple at a family event, playing for a sold out concert or for a distinguished audience at the U.S Capitol.

On the evolution of music in Africa, Hamala was optimistic despite the challenges of coping with general changes and modern times. It takes perseverance and hard work to make it he said in advice to younger artists. Though Mali is in crisis with the country in struggling to reunite after an armed rebellion took control of the Northern part of the country, Hamala remains positive that everything will be ok. Though he distances himself from politics, Hamala has rallied others and participated in initiatives to bring succor to afflicted compatriots back in Mali. 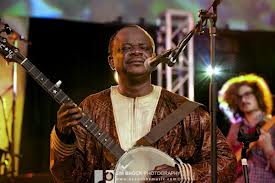 n addition numerous critically acclaimed albums that he has gratified the world with, Cheick Hamala has also collaborated with other artists with reputable names like Salif Keita. Born in Mali into the Diabate family well known for a Jeli or Griot tradition which dates over 800 years, Hamala has also lectured and instructed others on jeli traditional instruments across the USA. He has performed at venues such as the Smithsonian Institute, George Washington University, Brooklyn College and New York State University. When not on tour he plays on Tuesdays at the Bossa Bistro in Washington D.C. “I am a griot and will die a griot and it is my hope that even after me the tradition will continue, “said Hamala in expression of attachment to his jeli tradition.