Now is no time to cut aid to Kigali.
BY TONY BLAIR, HOWARD G. BUFFETT* 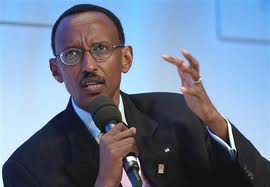 Over the last 15 years, the Democratic Republic of Congo has witnessed unspeakable tragedy. Between 1998 and 2008, the Second Congo War claimed an estimated 5.4 million lives, making it the most deadly conflict since World War II. Today, the underlying causes of conflict remain unresolved — as shown by the recent escalation of fighting in the country’s eastern provinces over the last year. In the last six months alone, the United Nations estimates that fighting between the government and the M23 insurgency has displaced up to 900,000 people, with reports of serious human rights abuses on all sides.

In November 2012, a group of experts commissioned by the U.N. Security Council released a report that centered primarily on Rwanda’s alleged role in the conflict. The U.N. report makes serious allegations against the government of Rwanda — allegations the government strongly denies — and has led a number of Western governments and multilaterals to suspend aid to Rwanda, totalling $245 million.
We believe this is the wrong approach. Slashing international support to Rwanda ignores the complexity of the problem within DRC’s own borders and the history and circumstances that have led to current regional dynamics. Cutting aid does nothing to address the underlying issues driving conflict in the region, it only ensures that the Rwandan people will suffer — and risks further destabilizing an already troubled region.

Cutting aid to Rwanda also risks undoing one of Africa’s great success stories. In the last five years, Rwanda has lifted 1 million people out of poverty, created 1 million new jobs, and is poised to meet most of the U.N. Millennium Development Goals. It has safe streets, functioning Internet and communications, and is building roads and schools at an astonishing rate — all without the benefit of natural resource wealth or access to the sea. Much of this has been accomplished with the help of Western aid. Moreover, Rwanda ranks as one of the most effective investors of aid in the world. It is frequently cited for its aid effectiveness by the World Bank and Britain’s Bilateral Aid Review acknowledged that aid to Rwanda “offers the best value for taxpayers’ money in the world.”

Instead, the international community should continue to work with Rwanda while strengthening its support to the DRC, particularly in the area of governance. At the same time, it should support proposals currently being agreed to through the International Conference for the 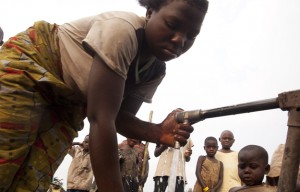 Great Lakes Region and the current peace negotiations underway between M23 and the DRC government in Kampala. Already, there are encouraging signs of progress. On Feb, 6, 2013, the government of DRC and M23 signed a preliminary agreement in which both parties accepted responsibility for the failure of an earlier peace agreement. The international community should support the three regional governments — DRC, Rwanda, and Uganda — in their efforts to build a sustainable solution to the conflict.

Such a solution will need to account for the enormous complexity of the situation in eastern Congo. First, there is the simple geographical challenge of securing a region separated from the capital, Kinshasa, by a dense jungle roughly the size of Western Europe. To guarantee security and rule of law in the eastern Kivu region will require a significant strengthening of the DRC state.
Ethnicity and nationality pose a second challenge. The M23 insurgency was initially formed to defend the Tutsi minority in eastern Congo, where the Democratic Forces for the Liberation of Rwanda (FDLR), the rebel army that played a central role in the Rwandan genocide, is still active and too often free to operate with impunity. And the M23 and FDLR are just the most prominent of a host of militias and mini-militias operating in and around Kivu, where some 30,000 Congolese Rwandans currently reside.

Then there is the international presence: the largest and most expensive U.N. peacekeeping operation in the world with almost 14,000 troops. At a cost of $1.5 billion each year, Western governments are paying a huge sum of money to maintain a U.N. force that does not have the mandate to actually secure the region. The international community should instead focus its support on African-led solutions to security, ideally through an African Union-led security force similar to AMISOM in Somalia.

As the United States, Britain, United Nations and other governments and multilaterals take action and make policy around the DRC, it’s important that these decisions are fully informed with a clear understanding of the context and the consequences they will have on millions of Congolese. We cannot afford to get this wrong or maintain the status quo. It is time to end conflict and suffering and promote peace and prosperity. This requires a new approach and a focus on addressing the fundamental failures in the region.

* Source Foreign Policy .Tony Blair is founder of the Africa Governance Initiative, a charity that helps some of Africa’s most dynamic leaders deliver the change their people need to relieve poverty. Howard G. Buffett is a businessman, farmer, and president of the Howard G. Buffett Foundation, a private family foundation that has been investing in DRC and the Great Lakes region since 1999.

Hope for an end to world's deadliest war