Nigerians are outraged, justifiably so, at the shenanigans of the country’s judiciary which led to the ridiculously light sentence and eventual freedom last month of a man who pled guilty of robbing the country’s police pension scheme of billions of naira.

The facts of the case speak for themselves. John Yakubu Yusuf, a former assistant director in the federal civil service, and six others are implicated in the theft of N32.8bn ($218ml) of police pension fund. They go on trial on a 20-count charge. Under a plea bargain agreement with prosecutors, Mr. Yusuf pleads guilty to three charges, including the 19th and 20th offences relating specifically to him (betraying trust and fraudulently converting N2bn ($13ml) of police pension funds to private use).

The maximum penalty for each offence is two years. Justice Abubakar Talba of the Federal High Court, Abuja, finds Yusuf guilty on three counts and orders that the sentences should run concurrently. He gives Yusuf an option of N250,000 ($1,700) fine on each of the three counts. In addition to the fine, Mr. Yusuf is ordered to forfeit to the State, 32 property, in Abuja and Gombe, and the sum of N325 ($2.1ml) in restitution.

In his plea for leniency, Yusuf’s lawyer, Theodore Bala Maiyakim, claimed his client had a serious heart condition. “He has saved the time of my Lord and being a first offender, with no previous record of conviction, I urge the court to temper justice with mercy and sentence him with least possible terms,” Maiyakim said. Another version of this tale noted that Maiyakim had “urged the court to be lenient on his client as he has ailing aged parents and responsibility to pay the school fees of his children”.

There are conflicting reports about what transpired and the exact amount involved in this criminal enterprise. According to the International Centre for Investigative Reporting, “The prosecution and defence lawyers actually had an agreement on specific outcomes of the case which included a custodial sentence which was breached by the judge. Although no formal agreement was written or signed by any of the parties, the two sides agreed with the judge that first, the accused person would declare and forfeit all assets he acquired with proceeds of the funds he stole. Secondly, the parties agreed that he would be given custodial sentence with no option of fine”.

It is really difficult to know how much Yusuf and his daredevil gang stole. We may never know how high up this fraud goes; the very senior government officials, ministers, maybe, senators and reps, bank managers and sundry other perfidious criminals involved in what clearly is a well-coordinated plot.  What is not hard to see is the effect of their bare-faced thievery. We can see it in the “untimely death” of many police pensioners; the families that have been ruined and impoverished; the thousand, perhaps millions of children who couldn’t go to school because the person responsible for paying their school fees is dead or has been denied his paltry income.

But all this is now academic. In a way, the Yusuf saga has become a byword for all that is wrong with our laws, criminal justice system, notion of crime and punishment and national psyche. Our mind-set is that when you steal public fund, you are stealing from nobody in particular; you are merely getting your share of the proverbial national cake. After all, those before you did the same and nothing happened. We have a warped sense of nationhood and hardly realize, or couldn’t care less, if our actions bring the country to her knees. The refrain is that everyone has a price. So, when you steal, you have to steal enough to bribe or pacify everyone, including judges, prosecutors and journalists.

Since the Yusuf judgement, the media (mainstream and social) have been awash with examples of how the country’s broken legal system has succeeded in shortchanging the masses. We have been reminded of the six-month imprisonment of Tafa Balogun, a former Inspector General of Police, for corruption and money laundering; the two-year imprisonment of ex-governor Diepreye Alamieyeseigha of Bayelsa State for corruption and money laundering; James Ibori, former governor of Delta State, who appeared before Justice Marcel Awokulehin on 147 charges, was set free, only for the governor to be found guilty and sentenced to 13 years in prison in Britain; the  six-month imprisonment (or golden handshake) given to rogue banker, Cecelia Ibru, for defrauding her bank to the tune of $1bn; the six-month imprisonment with an option of N3.5ml ($23,000) fine for ex-governor of Edo State, Lucky Igbinedion, for corruption; and the 30-month imprisonment of Bode George, former Chairman of the Nigerian Ports Authority, and national vice-chairman, southwest zone, of the People’s Democratic Party for contract fraud. The examples are endless.

The Tafa Balogun case is, indeed, instructive considering it involves the head of a law enforcement agency. How is it possible for the chief law enforcement officer of the country to steal so much money? I shall return to this. I raised this question in my book, Time to Reclaim Nigeria, where I documented Tafa Balogun’s exploit as a criminal mastermind.

Mr. Balogun became IGP in March 2002, and oversaw security during the April 2003 national elections. By the time Tafa Balogun was convicted in late 2005, he had over N5 billion ($33 million) of money meant for the police in his private accounts. With more than ten property around the world worth over N3 billion ($20 million) — property he acquired as a police officer — you won’t be wrong to think that Mr. Balogun was an estate agent.

The former IGP was forced to resign in January 2005 after allegations of bribery, corruption and dalliance with corrupt politicians and criminal elements became public. In April 2005, Mr. Balogun was put on trial on 70 charges and found guilty of embezzling about N20 billion ($133 million) of police fund. After a plea deal, he was sentenced to six months in prison, part of which he spent at the Abuja National Hospital.

We can juxtapose these sweet deal convictions with the (in)justice for ordinary citizens. About the same time that Yusuf was walking home a freeman with proceeds of his crime, someone was being sentenced to three years in prison, without an option of fine, for stealing a cell phone. In Abeokuta, Ogun State, a magistrate court headed by Idowu Olayinka sentenced 49-year-old Mustapha Adesina to two years in prison for stealing vegetables valued at N5,000 ($33) with an option of N10,000 fine ($66).

In Asaba, Delta State, a young man, Emmanuel Michael, was sentenced to five years in prison with hard labour by a Chief Magistrate Court for stealing gold earrings worth N25,000 ($166). In sentencing Michael, Presiding Chief Magistrate, Sylvester Ehikwe, stated: “He does not deserve mercy as burglary is next to armed robbery.” It was reported that Michael who had earlier pled guilty to the two-count charge preferred against him wept in the dock, saying, “I was hungry”. There is the gut-wrenching story of a woman in Suleja prison in Niger State who has been awaiting trial for over two years, and is forced to live in prison with her six children, for stealing a goat.

It seems our prisons are meant for and are full of petty thieves while high profile criminals strut around and wine and dine in the presidency. What happens if our goat-stealing mother is later found not guilty? How much did it cost the government to prosecute John Yakubu Yusuf?  I am not a learned fellow so I have left the legalese of these matters, particularly the cases involving Justices Abubakar Talba and Sylvester Ehikwe, to legal minds.

For me, the fundamental issue is the question I raised earlier:  What kind of system makes it possible for public officers to steal so much of our collective wealth with impunity? The only answer I can come up with is that it is a system that lacks leadership; one in which the leadership would commit hara-kiri rather than let the public know what it is worth.

When you have a functional government and the man in charge not only gives a damn about fighting corruption but leads by example, then the tribe of John Yakubu Yusuf would be the exception rather than the rule.

* Chido Onumah is Coordinator of the African Centre for Media & Information Literacy (AFRICMIL), in Abuja. He can be reached at conumah@hotmail.com. 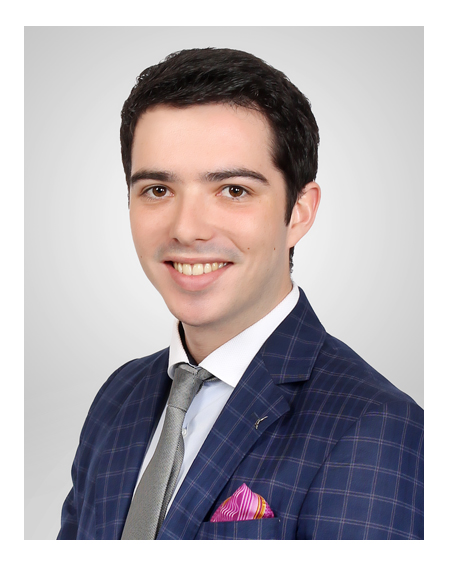 Covid-19: Difficult times ahead for Farmers in Africa-says Selina Wamucii 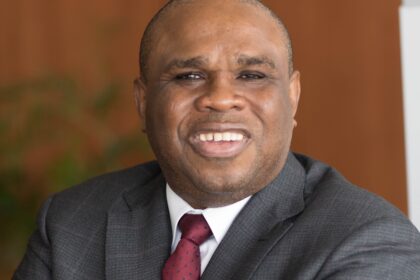