Barack Obama’s second term may witness an American pivot to Africa—and not for the reasons you might have expected.

As the president of the United States publicly takes the oath of office for the second time, it is understandable why, in stark contrast to four years ago when Barack Obama’s unique personal history made his election to the White House the cause for intense pride and excitement across Africa, many Africans have shrugged off the event and carried on with their lives. To be fair, many Africans’ expectations of the then-new American president were wildly unrealistic and Obama had quite a number of pressing challenges demanding his immediate attention, not least of all a U.S. economy in meltdown.

Nevertheless, the sense of let-down acutely felt, both in African capitals and among the Africa constituency in Washington, over the lack of engagement during most of the administration’s first term, remains palpable. Even for the administration’s most reflexive defenders, there is no getting around the data.

While veteran diplomat Johnnie Carson was installed as assistant secretary of state for African affairs within four months of Obama’s first inauguration, an ambassador to the African Union was not on post until nine months after the president’s swearing in and, until just nine months ago, there was no permanent assistant administrator of the U.S. Agency for International Development (USAID) for Africa. The U.S. Strategy toward Sub-Saharan Africa was not released until June of last year. As for the president himself, he has not set foot on African soil since his brief visits to Egypt and Ghana during his first year in office—and the latter a stopover lasting less than twenty-four hours.

Of course, the administration has scored some noteworthy successes, not least of which was helping see the Comprehensive Peace Agreement (CPA) to its fulfillment in the largely peaceful referendum and subsequent secession of South Sudan—although the continuing conflict between Africa’s newest independent state and the country it left behind remains a challenge the administration must tackle in its second term alongside the overall lack of economic development and general governance capacity in Juba. Likewise, the defeat of Somalia’s al-Shabaab as a military force, the improved security in and around Mogadishu, and the installation of a new parliament, president, and prime minister represent relatively big advances, even if the progress is still far from consolidated.

With this rather modest record of accomplishments, rendered all the more so when set next to the activist Africa agendas of Presidents Bill Clinton and George W. Bush, some Africa watchers have set fairly low expectations for the U.S. policy during the next four years of the Obama presidency, citing in addition the political gridlock in Washington that show little sign of abating. Such pessimism might well be justified, but it need not be dispositive. In fact, there are indications that a modest, but not insignificant, pivot toward Africa may well be in the offing.

Ironically enough, one reason for the optimism is precisely the current dysfunctional state of America’s divided government. Within Washington’s insular foreign policy community, the tiny Africa constituency has long been known for bipartisan comity—it could hardly be otherwise given how Africa has long been the stepchild of U.S. foreign policy—and has largely retained this pragmatic ethos, an achievement reflected in the broad continuity of policy through administrations of both parties. Moreover, even if specific measures will still have to be negotiated, current issues of concern on the continent lend themselves broad agreement between Democrats and Republicans—an important attribute given that polls indicate most Americans are increasingly frustrated with the inability of their elected leaders to get even the most routine business conducted.

Given the growth and spread across Africa of militant Islamist groups in general, and the French intervention in Mali against and the subsequent siege of the Algerian gas plant by security Al Qaeda in the Islamic Maghreb (AQIM) in particular, (both of which invited comparisons to an Afghanistan-like entanglement,) security may be the most immediate item on the administration’s agenda for Africa as President Obama begins his second term. Yet the U.S. Africa Command (USAFRICOM), the umbrella military structure responsible for implementing whatever military operations are eventually deemed necessary, whether training and equipping African forces or taking direct action against terrorist leaders and groups, has never been properly resourced, having been launched in 2006, a time when America was already deeply involved in two difficult wars.

Irrespective of what comes out of the upcoming debates over the federal debt ceiling and the Pentagon budget, Congress and the administration will have every incentive to strike a side deal that ensures that AFRICOM will be able to carry out the tasks assigned to it—including the strengthening of African capacities as well as conflict prevention and management so as to avoid the one course of action for which there is virtually no appetite for in Washington, direct American involvement in combat operations on the continent.

As important as security is and will probably remain for the next four years, the real focus of U.S. policy towards Africa will likely be trade and investment and involve strong public-private partnerships, with an emphasis on the latter. Part of the reason is simple arithmetic: given the parlous state of the American government’s accounts and the historical indifference, if not more than occasional outright antipathy, of the country’s electorate to all but the most modest foreign assistance programs, there is little expectation of initiatives requiring spending on any scale. Add to this calculus the recognition that there can be no fixing the sluggish American economy without bolstering trade and, in this respect, Africa, home of six of the world’s fastest growing economies over the last decade, beckons with its growing middle class and markets which have been delivering double-digit annual returns.

One engine that has driven increased US trade with Africa has been the African Growth and Opportunity Act (AGOA), enacted under the Clinton administration and expanded and extended under Bush. AGOA will be up for renewal during President Obama’s second term and while Congress does not need to take up the matter until 2015, an early extension would allow businesses a great deal more certainty with which to develop their plans. The legislation, however, focuses primarily on trade in goods; there is need to also encourage investments which would also strengthen America’s position vis-à-vis China, which in 2009 surpassed the United States as Africa’s biggest trading partner, and other countries which have expanded their presence in the service and manufacturing sectors of African economies.

During last year’s campaign, President Obama proposed the creation of a ‘secretary of business’ to oversee consolidated government agencies involved with firms doing business domestically. Whatever the merits of that suggestion, some sort of coordination of the disparate economic and commercial policies towards Africa, such as proposed last year by Senator Dick Durban, the number two-ranked Democrat in the upper chamber, would probably garner support from both sides of the aisle. This would also be the case for the proposed ‘U.S. Jobs Through Greater Exports to Africa Act’, sponsored by Republican Congressman Chris Smith, chair of the Africa subcommittee of the House of Representatives, and Democratic Congressman Bobby Rush.

Some ideas, such as the proposal advanced by Todd Moss of the Center for Global Development to consolidate the private investment facilitation functions currently spread across multiple agencies across the government, may not even require much by way of legislative action. The key in all of these measures is that they allow relatively easy wins for both the administration and Congress, whilst subtly transforming U.S. Africa policy from constant crisis management to the active promotion of peace and security through the expansion of trade, investment, economic growth, and development—on both sides of the Atlantic.

In his preface to the Africa strategy document, the president acknowledged that ‘as we look toward the future, it is clear that Africa is more important than ever to the security and prosperity of the international community, and to the United States in particular’. To her credit, outgoing Secretary of State Hillary Rodham Clinton acted accordingly and made Africa a diplomatic priority during her tenure in office, visiting twenty-three of the continent’s fifty-four countries.

There is reason to be cautiously optimistic that Senator John Kerry, President Obama’s nominee to be Clinton’s successor, will continue the active engagement: not only has he been especially involved in Sudan policy, but his wife Teresa was born in Mozambique and graduated from the University of the Witwatersrand in Johannesburg. If, as expected, his colleagues in the Senate confirm Kerry as the sixty-eighth secretary of state, an early indication of where he intends to take Africa policy will be who he recommends to the president as a replacement for the retiring Carson as the daily steward of America’s diplomatic interests on the continent. Will it be a conventional appointee to ‘mind the shop’ or someone who might seize the opportunities offered by the current political and strategic constellations, domestic and foreign, to lead a real American pivot toward an Africa to which, as Carson noted in his valedictory address last week, ‘the twenty-first century will belong’? We will know soon enough. 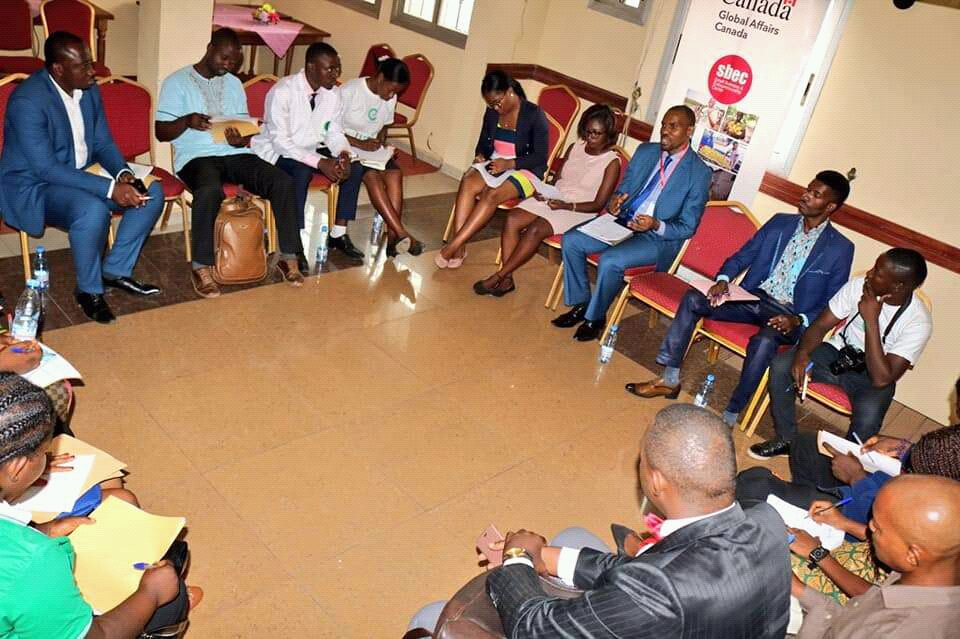