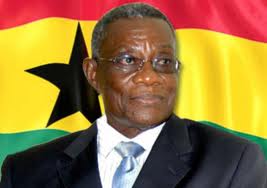 On July 22, 2012, Ghana lost its 12th president, Dr. John Evans Atta Mills, to ill health. Reports after his death reveal that the late president had been unwell and unable to fully to execute his duties for some time before his death.

President Atta Mills will be fondly remembered by most Ghanaians, especially his former students and fellow faculty members, as a soft-spoken academic. He will also be remembered by many Africans as a pacifist who preferred dialogue to arms in a decade plagued by continuous regional instability and violent uprisings.

The late president will also be remembered for assuring a peaceful transition between his political party (the National Democratic Congress) and former President John Kufuor’s party (the New Patriotic Party), despite a close, and what could have easily been a disputed, election. In the dawn of 2009, Ghana gave hope to the continent by conducting a peaceful election and organizing a seamless transition. Similarly, following the president’s death, Mills’ vice-president was sworn into office without a hitch, solidifying the country’s position as a maturing democracy with clear constitutional processes.

Mills’ death has added Ghana to a growing list of countries that have lost a sitting president or head of state. So far, the list comprises 19 African countries. These countries include: Algeria, Angola, Botswana, Burkina Faso, the Central African Republic, Comoros, Cote d’Ivoire, Egypt, Gabon, Ghana, Guinea, Guinea-Bissau, Kenya, Liberia, Malawi, Mozambique, Niger, Nigeria and Zambia. Gabon, Guinea and Nigeria have each lost two sitting presidents, bringing the total number of leaders who have died in office to 22.

The average age of these leaders at their death was 63. Côte d’Ivoire’s Félix Houphouët-Boigny (88), Kenya’s Jomo Kenyatta (84) and Malawi’s Bingu wa Mutharika (78) were among the oldest on the list and Algeria’s Boumedienne (45) was one of the youngest. Of the presidents who passed away in office, 13 were rumored ill and undergoing treatment while in power, fueling continuous suspicion about leadership transitions in those countries and undermining successful development. (Cameroon’s President Ahmadou Ahidjo is the only African president to have resigned from power due to ill health, in 1982, after ruling for 22 years.)

Many African governments adamantly conceal their ailing leader’s health status. In fact, in some African countries, discussions of a leader’s health are considered as criminal offenses punishable by death. But the phenomenon of concealing a leader’s health is not unique to Africa: U.S. Presidents Kennedy, Reagan, and (Franklin) Roosevelt, as well as French President Francois Mitterand all concealed illnesses while in power. However, none of these men died in power as a result of ill-health.

As the number of ailing presidents increases, three major issues are emerging: First, the continent demands more transparency regarding it’s leaders’ health; second, democracies need clear term limits; and third, successful democratic transitions require transition processes outlined in the constitution, that are understood and familiar to all. With these safeguards in place, the risks of administrative paralysis, political tension, internal conflict and instability that characterize situations in many African countries could be mitigated. Unfortunately, in many African countries today there is a general lack of clarity around term limits and even less clarity and agreement on succession: Term limits are changed on a rolling basis, and constitutions are amended frequently.

Given these circumstances, the health of a country’s leaders cannot be left out of the political debate. Transparent information on the relevant health conditions of current leaders must be made public. If, as in the U.S. and France, presidents respected and adhered to clearly stated term limits, the demand for health disclosure may not be as important and leaders 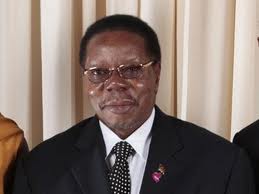 could keep this information private. While not all illnesses diminish a person’s ability to stay focused, lead and make important decisions on the future, the issue is serious enough that in the U.S. and other developed countries, presidential candidates are obliged to disclose their health reports before they are vetted. African presidential candidates should make similar information available. Today, as the number of African presidents who pass away in office due to ill health increases, so does the clamor for more transparency on this issue.

While the increase in the frequency of truly democratic elections in Africa is a cause for celebration, the increase in the number of presidents passing away in office could undermine these gains. Today there are seven African presidents (Gabon, Ghana, Guinea, Guinea-Bissau, Malawi, Nigeria, Togo and Zambia) who are in power directly or indirectly as a result of a sitting president’s passing.

Health status disclosure, especially when it limits a leader’s ability to be effective in office, is an important facet of entrenching the democratic process. This type of disclosure demands constitutions and constitutional processes that are clear on transition mandates and expectations for new elections. Most importantly, this disclosure also requires an acceptance by the government to respect and implement the process. Thankfully, Ghana’s immediate swearing-in of President John Mahama as the fourth president under the Fourth Republic and Malawi’s transition to President Joyce Banda demonstrate that there is an increasing acceptance to follow the constitutional process. Nigeria, over a year ago, also managed a particularly difficult transition.

Thus, as Africa mourns his passing and celebrates a peaceful and constitutional transfer of power, Professor Mills leaves us with three important lessons: First, lack of transparency on leaders’ health issues creates a dangerous insecurity; second, term limits need to be clear and respected; and, third and most importantly, a clearly defined constitutional transition process helps provide certainty in uncertain times. The existence of two or all of these criteria in a country should be regarded as a positive step towards real democracy. To truly honor President Mills, African democracies can aim to move increasingly in this direction.