BY SHANTA DEVARAJAN AND WOLFGANG FENGLER*

Hardly a week goes by without an African investors’ conference or growth summit. Portuguese professionals are looking for opportunities in Angola. Silicon Valley companies are coming to Kenya to learn about its homegrown ICT revolution. This is not an irrational fad. Since the turn of the century, Africa’s growth has been robust (averaging 5-6% GDP growth a year), making important contributions to poverty reduction. The current boom is underpinned by sound macro policies and political stability. Unlike in some rich countries, public debt levels in most of Africa are sustainable.

One way to track Africa’s progress is by charting the number of countries that have achieved “middle income status”. In the World Bank’s definition, you become a middle-income country (or “MIC”) when you cross the US$1,000 GDP per capita threshold. To be sure, even at $1,000 per capita, many of these countries still have high levels of poverty and poor human development indicators. Gabon, at over $10,000 per capita income, has one of the lowest immunisation rates in Africa. Nevertheless, reaching middle-income status signifies membership in the same group as, say, Indonesia, Mexico and China, which have access to global capital markets. It also signifies a level of resources that can, in principle, be used to address the country’s development needs.

How many MICs are there among sub-Saharan Africa’s 48 economies? We have informally asked this question of 200 people (many pundits and professionals among them). The standard answer is “around five”. Only one person got it right and almost everyone is surprised to hear the result: Africa today is home to 22 MICs (23 if South Sudan is included)! Kenya, East Africa’s largest economy, is not among them (or for that matter is any other East African Community member). In fact, if you ranked all sub-Saharan African countries by per capita income, Kenya would be right in the middle, ranked 24th out of 48.

If sub-Saharan Africa were one country it would already be a MIC with an average per-capita income of around US$ 1,500. This average, however, masks wide differences. Africa has mature economies, such as Botswana, Mauritius and South Africa; it is also home to fragile and conflict-affected countries that are still struggling with entrenched poverty, such as Burundi, the Democratic Republic of Congo or Guinea-Bissau. If current trends continue, most African countries will have reached middle income status by 2025. Only about 13 countries will remain low-income, most of them fragile states. 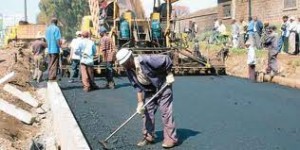 Africa’s more advanced economies can be grouped into four, not mutually exclusive, categories, of between six to eight countries:
First are mature MICs which include Botswana, Cape Verde, South Africa, Mauritius, Namibia, Seychelles, and Swaziland, with some 60 million people. These are Africa’s better-off economies, located in Southern Africa or small-island states and come most naturally to mind when thinking about Africa’s middle income countries. But their growth rates are actually lower, especially in South Africa, Africa’s largest economy.
Second are commodity MICs. These are Angola, Congo (Brazzaville), Equatorial Guinea, Gabon, Ghana, Nigeria, Zambia, Sudan. These countries, which are home to about 260 million people, are rich in natural resources, mainly oil. By most social standards these countries remain very poor but they would have sufficient resources to fight poverty successfully.

Forth are Africa’s next MICs. The following countries – home to 110 million people today – should reach middle income status by 2025 if past trends continue or political interruptions subside: Chad, Kenya, Mozambique, Rwanda, Sierra Leone, and Zimbabwe. With this group of new MICs more than half of Africans would live in middle income economies and many other countries are just behind, especially in Eastern Africa.

Reaching MIC status is not a goal in itself. Sustaining growth and making it more pro-poor will be a tall order, as the experience of some of the mature MICs shows. In order to grow at current rates, Africa needed to get a few – albeit very important – things right, such as sound macro-management and political stability. This allowed the continent to recover after two unsuccessful decades. To sustain growth, African countries will need to address the challenges of structural transformation, employment, physical and human capital deficits, all of which have their roots in governance. But if Africans and African policymakers could correct the macroeconomic policy failures of the past, they should, aided by a young population and the technological revolution that is sweeping the continent, be able to overcome the remaining government failures to experience sustained growth and poverty reduction in the future.

Culled from How we Made it in Africa 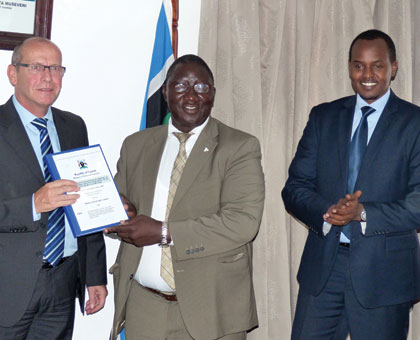 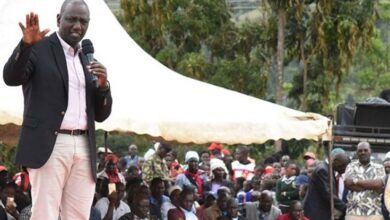 Mozambique:EU to help army in fight against terrorists