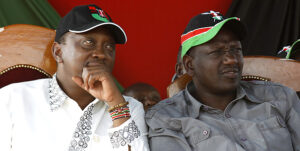 Never again!’ blared Kenya’s radio stations in the heady days of 2008, when the blood of the victims of the post-election violence was fresh on the streets and politicians scrambled to negotiate the coalition agreement. One of the centerpieces of that agreement was a new constitution: a clean sweep, the final curtain on the colonial era, as though erasing a century of historical injustices were as simple as writing a new charter, creating more public offices and setting up a Truth Justice and Reconciliation Commission. As the March 4, 2013 elections approach, those hopeful chickens hatched during the hastily agreed and drafted constitution are coming home to roost and Kenya’s political landscape is beginning to resemble another country that placed much faith in new devolved constitutions: Nigeria, now on its fourth since independence.

Throughout 2008 and 2009, Kenyans were routinely disappointed by the government’s thwarting of every attempt to deliver justice for the victims of the violence, by the slowness of resettlement and assistance for internally displaced people, by the failure to reform the police and the delays in establishing the Truth, Justice and Reconciliation Commission.

Finally, in 2010, the new constitution, passed by over 60 percent of the electorate, seemed like a piece of good news. It set out a leaner executive, stipulated that cabinet members could not also be MPs, guaranteed a nominally independent judiciary, embedded a requirement for police and land reforms into the text, barred indicted suspects of serious crimes running for office and created a new administrative structure based on counties with their own legislature, governors and tax raising powers. A Senate would also serve as a check on the lower house.

Following the promulgation, there was widespread optimism and hope for a change of tone. But the moral force of the document barely survived into the next year. By 2011, the normal dynamic of Kenyan politics had reasserted itself: police reforms stalled, judicial reforms resulted in no new investigations or prosecutions into the previous polls, MPs awarded themselves another grotesque pay rise and the first signs of trouble erupted in Isiolo and Moyale on the border with Ethiopia in November of that year.

Members of the Borana and Gabra communities had read the runes of the constitution and correctly perceived the new Marsabit county – with Isiolo at one end and Moyale at the other – as a prize worth having. Their traditional rivalry over pasture, livestock and political patronage assumed a whole new urgency. Whoever had control over the coming Marsabit county government and the governorship would have a whole new level of power over revenues, security and dispute resolution. 20 people died in the fighting and around 7,000 were displaced.

Away from the headline politics of shifting alliances within the Nairobi political elite, 2012 saw a frighteningly violent turn in many areas as minority groups woke up to the realities of the new political dispensation. More power and more money at the local level meant new ethnic arithmetic. The sudden irruption of more offices meant a whole new field of competition, with dramatically higher stakes.

Across the more sparsely governed areas of Northern, Western, Eastern and Coastal Kenya, centralized power of a county in the hands of one governor offers enticing possibilities for enrichment of one man and his gang (of the kind that the country has seen effected at the national level by Messrs Kenyatta, Moi and Kibaki). The possibilities for disenfranchisement for those left out are huge. Wherever a county does not contain a convincing majority from one ethnic group, or wherever the majority can be effectively challenged by a coalition of minorities afraid of being excluded, violence can be expected. This is why the solidly Kikuyu counties of Central province are immune from competition, and why the mostly Kalenjin central Rift and the Luo, Luhya and Kisii parts of rural Western Kenya are quiet so far. On the other hand, the ethnically diverse cities of Kisumu, Nairobi and Mombasa are hotspots, along with Coast, the North, and areas of the Rift Valley where the Kikuyu and Kalenjin populations have a level of parity (Kuresoi, Nakuru and Molo).

In February 2012 more fighting broke out in Mandera county on the Somalia/Ethiopia border between the Degodia and Garre clans with 40 dead and tens of thousands displaced. Clashes continued through July and August as rivalry over Mandera North constituency intensified and the Murulle became drawn in too.
Then, in August, tit for tat strikes between the Pokomo and the Orma escalated and Tana River County became a blood bath. Even after extra police were deployed, further attacks were perpetrated in September, December and January leaving an estimated total death toll of over 160 and 13,500 displaced. In a multi-sided contest involving the Tana River County senate and governor seats as well as a dispute over access to the Tana River from Ijara constituency, Omar Godhana MP, Danson Mungatana MP and Defence Minister Yusuf Haji fielded allegations of their involvement.

Although many of the fights in the Northern deserts and semi-arid areas are ostensibly about grazing, cattle and cattle rustling are an important factor in fundraising for political campaigns and rewarding youth for violence. It is in this light that the shocking November attack in Baragoi in which 45 policemen attempting to recover stolen Samburu cattle were slaughtered by Turkana warriors should be seen. The exact details are unclear, but three Turkana MPs, including two ministers, were questioned by police after defending the killings on television.

While the police were either uninterested in preventing or complicit in allowing violence in Tana, in Baragoi they seem to have been co-opted by one side. Partial policing was a feature observed in the post-election violence in 2008: in Kisumu and Nairobi police shot hundreds of rioters, many in the back, whilst in Naivasha and Nakuru, Kikuyu Mungiki mobs were left to do their worst against Luo and Kalenjin victims. In the absence of serious police reforms (and the coalition government has shown no urgency), this is the future: a national force prey to the same ethnic, political and organized criminal influences as politicians. If parliament is the premier spot from which to rob the public purse and obstruct economic activity for one’s own benefit, then the police force comes a close second.

As Kenyan politics has become even more ethnically polarized under Kibaki, minority groups without national alliances with big men from other communities risk being marginalized completely. In such a context it is no wonder that they might begin to seek other means of political empowerment.

The Mombasa Republican Council is, in this respect, ahead of the curve, and perhaps a forerunner of things to come. They have declared that there shall be no election in Coast province, for, they argue, ‘Pwani si Kenya’ – the Coast is not Kenya, according to a colonial era memorandum of understanding, which promised a referendum on the membership of the coastal strip within an independent Kenya after 50 years. Time’s up, they say. After 50 years of marginalization and the perennial grabbing of coastal land by up-country politicians on behalf of their ethnic constituents, the MRC has lost faith in the Kenyan political system, and thousands of indigenous Coast inhabitants belonging to the Mijikenda collection of tribes are heeding their call not to register to vote and even to prevent the election from taking place.

The MRC is, arguably, the only genuine grass roots social movement in Kenya. It enjoys popular support in all 20 Coastal districts, and raises money in mosques and churches every Friday and Sunday. If it were a political party it would likely sweep the province. Countless visitors to their Mombasa headquarters, including me, have advised them to eschew violence and to turn their movement into a political party. “Everyone advises us that,” the Council told me, “But every politician we have sent to Nairobi over the last fifty years gets bought as soon as they arrive. Nothing can be achieved in parliament.”

They have a point. The cases currently before the ICC were only referred after parliament failed three times to establish a special tribunal to try the cases domestically amidst allegations of large sums of money being paid to all sitting MPs. And when the package of legislation to implement and operationalize the constitution was sent to parliament by the Commission to Implement the Constitution it included a ‘Leadership and Integrity’ bill that specified the requisite qualities to run for high office. After allegations of corruption again, the bill was passed in August but gutted of the provisions on wealth declaration, vetting by state agencies and publication of pending criminal cases. The way was clear for Uhuru Kenyatta and William Ruto to run. A court case attempting to revise the language of the bill to its former state is ongoing but the plaintiffs are facing threats.

Add to this depressing picture the prospect of oil in Lake Turkana and Kenya’s first flash of Muslim-Christian violence in November when a Nairobi mob attacked Somalis in Eastleigh following one of the (now routine) blasts by suspected al-Shabaab militants, and you have a political scene that looks very Nigerian.

Like Nigeria, whose economy is also growing at a good clip, Kenya will have regional governors who command hefty shares of local revenues and who behave as kingmakers in their area supported by gangs of thugs and politically connected businessmen. At the national level, politicians dole out contracts amongst themselves whilst, locally, mobilizing half-interested populations in campaigns of hatred against whichever scapegoat is most convenient. Witness then, Uhuru and Ruto’s bizarre campaigning on a platform of anti-Luo feeling to distract from the violence they allegedly fomented against each other’s ethnic group last time.

Turnout in recent elections in Nigeria has gradually shrunk to shocking levels; in many places in 2007 nobody voted at all and in 2011, the result was a foregone conclusion. This time in Kenya, through a mixture of active disruption (in Coast and Dadaab), bureaucratic incompetence, and fear, the Independent Electoral and Boundaries Commission (IBEC) has only registered around 65 percent of the electorate, undermining the poll’s credibility. Meanwhile, the Kenyan press is awash with gossip about meetings between elders in marginal districts hammering out deals on governorships and county seats, even before polling has begun. As the formal political process collapses under the weight of money and cynicism, it makes sense that real negotiations will happen elsewhere. In such circumstances the question will soon arise, why bother to vote at all?

*Source African Arguments.Ben Rawlence worked on Kenya from 2008-2012 for Human Rights Watch. He is the author of ‘Radio Congo: Signals of Hope from Africa’s Deadliest Conflict.’

Africa And The Succession Trap 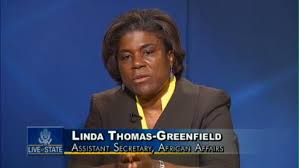 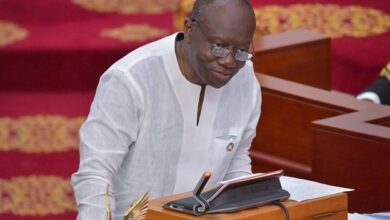