Post-colonial Africa has produced a handful of great leaders who share one distinguishing feature. They all had their version of an ideal society. Each had an idea that captured and galvanized his countrymen.

Ghana’s Kwame Nkrumah was the Founding Father of Africa’s post-colonial Africa and he had the vision of a fully united continent. He did much in search of this ideal, including unbridled commitment against apartheid. Ghanaians of Nkrumah’s days were ‘sold’ to the notion of a United States of Africa, a dream cherished far beyond Ghana’s borders.

Tanzania’s Julius Nyerere was another great African leader. He is highly regarded for many attributes, including a profound loathing for apartheid, but most of all for his vision of an ideal society that subscribed to the equality of man. In its quest, he rejected both capitalism and socialism as alien socio-economic ideologies unsuitable for Africa. He advocated instead a form of African socialism that he called ujamaa.

Post-apartheid South Africa has had trappings of great leadership too. Nelson Mandela envisioned a society in which the principle of ‘justice for all’ prevailed. To that end he was much tormented. Yet, upon release from three decades of imprisonment, he forgave his tormentors and preached the gospel of ‘suffering without bitterness.’ He urged reconciliation in a society that was deeply scarred by racial strife. As it has been said, “he built a new nation from the fragments of conflict.”

Thabo Mbeki too subscribed to a vision, that of African Renaissance. He longed for an African renewal so that the continent could claim its rightful place in world affairs. He thus devoted considerable time, energy and resources to forging unity of purpose in the Black World and attempting to sort out conflicts in it. To that end he reached out to the Black Diaspora and nurtured a superb working relationship between South Africa and its fellow African giant: Nigeria.

In the case of Jacob Zuma, an inspirational ‘idea’ has been distinctively missing from the outset. Additionally, his leadership was further compromised and marred by controversial actions of his own making and by other circumstances surrounding him.

For a while, Zuma appeared to aspire to become the champion of the poor but, alas, that was not his calling. That distinction was ‘reserved’ for the now-deposed leader of the ANC Youth League, Julius Malema. Indeed, a time came when Malema would proclaim for all who cared to listen that Zuma did not care about the poor at all. No rejoinder was forthcoming from Zuma or his camp.

One persistent self-criticism among observers has been that it was absurd in the first place to expect the idea of socio-economic engineering to come from a man who barely attended school. Others point to the ANC’s electoral system which does not demand of, or allow, its wannabe members to compete among themselves for the highest office in the land.

Absence of competition in the ANC is a major party weakness not necessarily of Zuma’s making. As things stand now, the party leader automatically becomes the presidential nominee to face the candidates fielded by the other political parties. In post-apartheid SA, it has been the case that the ANC nominee becomes the country’s president due to the party’s political dominance. Tanzania once faced the same dilemma when it was a one-party state. To its everlasting credit, it introduced a form of modified competition within the dominant party. For this it was hailed as a democratic one-party state.

It is unlikely that Zuma would have survived as South Africa’s presidential material if the ANC allowed competition within its ranks; he probably would have been selected out precisely because of lack of leadership qualities. Regrettably, Zuma was never pushed, or given a chance, to explain to the SA voters why he, personally, was the best presidential candidate for the country. Conversely, South Africans were never given the chance to choose or reject him.

Put another way, Zuma was never challenged to articulate his dream, personal vision, for the country.  So, how did he wind up in the Union Buildings? Did he walk to the state house in the same manner that other African ‘strong men’ did during the one-party era?

In a real sense, greatness was thrust upon Jacob Zuma via the political strength of the ANC.  The citizenry did not vote for him; they voted for that party and all that it symbolizes. That citizenry hardly knew Zuma beyond his signature battle song:  Umshini wam (bring me my machine gun.)  This was just fine with Zuma. After all he did not have a coherent ideology to capture and galvanize his people. Why then did Zuma offer his services as presidential material?

From the outset, Zuma sought ascendancy to the presidency, not because he prescribed to an electrifying idea to reconstruct or transform South Africa, but because he had a desperate need to insulate himself from the legal woes that dogged him. The rhetorical question he asked was not what he would do for SA; it was what SA would do for him. The driving force was not a dream for SA; it was a natural and understandable longing to stay out of prison.

Zuma understood full well that, to survive politically, he needed to wear the ANC clothing; it was critical to pose as the ANC man through and through.  Hence, his unduly extravagant utterances such as “ANC will rule until Jesus Christ comes back.”

Once in power, President Zuma survived by treading water. His political style became that of not-rocking the boat. By hook or by crook, he would maintain positive political relationship with those who influenced ANC voting. He had witnessed the ANC unceremoniously ‘recall’ Thabo Mbeki from the presidency, and there was the ‘little’ matter of his second term coming up in due course.

It was in this manner that Zuma impulsively became a status quo president, a leader of inaction; he dared not be a force of change or innovation. In addition, a pleasing-all-political stance meant that he would not assert his authority upon those of his comrades that violated the rules of the game. This propensity was painfully evident in Zuma’s relationship with the ANC Youth League maverick, Julius Malema.

Prior to Malema’s expulsion from the ANC, Zuma was the first person to shield him from recurring accusations of damaging public utterances. The president was the only person in a position to effectively restrain the defiant Malema, but Zuma’s views were that “the youth have to be forgiven for their exuberance.”  This attitude prevailed until the same Malema questioned Zuma’s legitimacy to head the party and to be the country’s president. Zuma reacted quickly, ensuring that Malema’s political demise was swift and irreversible. Zuma’s leadership was non-negotiable.

Zuma driving instinct in seeking a second presidential term remains the same as it was the first one: to dodge the legal woes that continue to trail him. If this is so, his second term is unlikely to differ markedly from his first because his legal difficulties remain essentially unchanged; it has been a case of prolonging the inevitable. If anything, Zuma may have to spend more of his quality time during the second term trying to figure out how to live as a free man once the presidency is no longer there to shield him. This will leave little energy to invest into designing and elaborate elusive social transformation.

If African democracy can uncover early the presence of leadership qualities, it will help eliminate the kind of agonies that South Africa is currently going through. 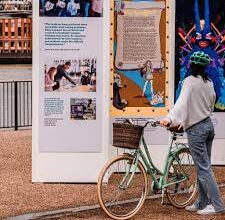