Women in south-western Burkina Faso have engaged in informal but prosperous trade in the last couple of years thanks to capital they raised and then fructified in the form of self-initiated, self-run microcredit. Since the introduction of the concept of microcredit in Bangladesh by Professor Muhammad Yunus and the Grameen Bank, this path has frequently been suggested as one of the most effective cures for poverty. The suggested model implies a financial institution, generally a bank, which determines the rules of the game that the applicants need to comply with in order to have access to microcredit. However women in and around the town of Léo, some 160 km southwest of the capital, Ouagadougou, have developed an alternative,bank-less system whereby capital comes from, and returns to, the beneficiaries themselves.

Napo Safara, a mother of two, is a member of the 48-shea-collecting-woman association of Nankouloubou in Léo. Like the rest of the women, every year between June and December, she is busy collecting and then processing shea nuts. Then first six months of the next year, she sells soap at the Friday central market in Leo, sometimes together with her 16-year-old daughter.

Shea nuts are an exceptional gift from nature. They fall by themselves when they are ripe, and the trees that bear them grow by themselves in the wilderness, having resisted all organized planting initiatives. Local tradition forbids boys and men from engaging in shea nut collecting, leaving that juicy income-generating activity exclusively to girls and women. The Nankouloubou association women have taken advantage of this situation and set up a system to further increase and diversify their sources of income.

“I received a 50,000 Francs cfa (€80) loan, to which I added some more money to have a start-up capital,” Safara told me in June 2012, as she was selling her soaps. She had secured that loan from her association in February, and had paid it back in March with 10% interest.

Unlike Safara, who focused just on soap selling, Nébié Biata has engaged in a series of businesses. With a €91 credit in February, she started a firewood business. With the March credit amounting to €115, she started a cooking pot business. Both businesses appear to be self-sustained, as they not only allowed her to pay back both the loans and the interests, but also to provide for her, not-yet-married, children, and even to offer gifts to the children of those who had married. 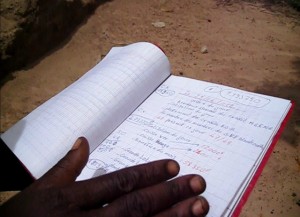 The members of the Nankouloubou shea nut-collecting-women’s association meet every month not only to pay their contributions or reimburse their loans, but also to collect new microcredits.

“We count the amount collected that month and redistribute it immediately and entirely to those willing to secure microcredits,” Diasso Yago Alimata, a member of the association said. She added that when some money is left, someone has to take it as a loan. She once volunteered and took 15,000 francs cfa (€23), with which she purchased groundnuts.

“We have no bank account for this fund,” Idayatou added, saying that she takes good note of who contributes, who pays back the loan, and who secures a new credit.

“It’s a matter of trust. We live in the same place and know each other very well,” said Alimata. Trust and thorough knowledge of each other, she said, are the key to the success of their microcredit system.

“Everyone pays back with interests, except when some serious private problems have occurred,” Alimata said.

Researchers and development professionals are often puzzled by the way poor people report about positive initiatives that generates additional income. The poor are believed to often hide positive news, because, it is assumed, reporting the good news would chase potential funders away. From this perspective, the Nankouloubou association’s internal and self-initiated system is a special case.

The women did not complain one single time about being poor. Instead, they were proud about their achievements, showing the stocks of goods and items purchased with the latest loan, and estimating the profits they will make within a month. Diasso Yago Nana, a mother of nine and a grandmother of one, was excited to take me to her home to tell me her story.

“I will use it to process sheanuts into butter,” she added.

From previous loans, Nana said, she had purchased large cooking pots for shea nut processing and a TV antenna to be able to watch the national television station.

The Nankouloubou association’s self-initiated and self-run initiative shows that microcredit is, indeed, one important way to eradicate poverty. Unlike the bank-based microcredit counterpart, this completely homegrown solution presents a number of challenges. The association-based microcredit is manually managed, which raises issues of accuracy and exposes the entire process to calculation errors. Idayatou, the treasurer, trusts her three notebooks – one for contributions, one for loans, and one for reimbursements – and her own calculation skills. From the three notebooks and the manual calculations of the percentage of all the reimbursed and still-running loans, she managed to estimate the entire amount in circulation.

“The amount the women mentioned is erroneous,” said Tagnan Matias, a micro-economist assisting shea nut-collecting women’s association within their umbrella federation, Nununa. Checking from his own notebook, he said: “Instead of €850, it is rather €722 in terms of capital accumulated from contributions.”

One of Matias’ tasks at the Nununa Federation level is to set up similar internal microcredit systems within all 103 associations in the federation. So far, only 49 have been running similar funds, managing them manually. As a consequence, the associations might be working with inaccurate figures, as they can’t accurately figure out how much money is available for new loans.

The Hague-based International Institute for Communication and Development (IICD), for which I work as country manager for Burkina Faso, is planning to look into ways in which it can enhance that internal microcredit system using information and communications technology (ICT). IICD already supports the Nununa Federation, to which shea nut-collecting women associations belong, with ICT.

*Olivier Nyirubugara works for the International Institute for Communication and Development (IICD) as country manager for Burkina Faso. He is also lecturer of ICT and International Development, and of New Media and Online Journalism, at the Erasmus University in Rotterdam, The Netherlands. 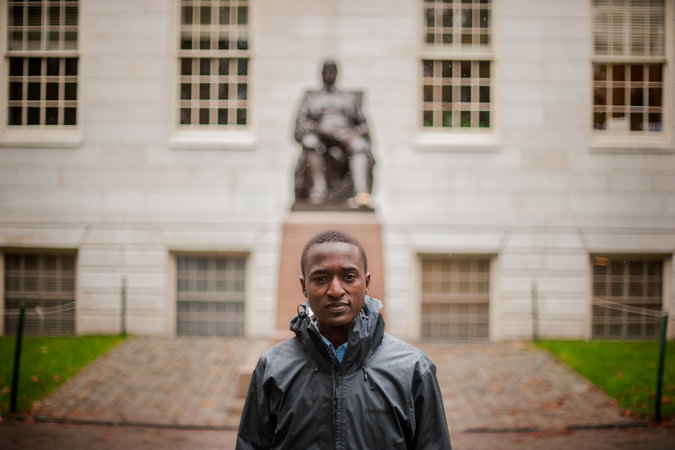