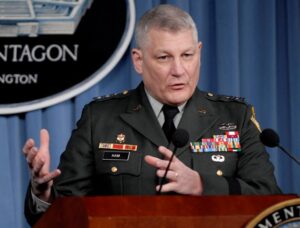 There is an old saying, ‘if you’re a hammer, you will see everything else as a nail.’ Today there is no bigger hammer in the world than the U.S. military, and in one of its newest interests, the continent of Africa, nails are sprouting everywhere.

Just this week (as reported in the New York Times and elsewhere) General Carter Ham, Commander of AFRICOM, the United States Africa Command, speaking at the Homeland Security Policy Institute at George Washington University, said that “as each day goes by, Al Qaeda and other organizations are strengthening their hold in Northern Mali.”

He also suggested that the radical elements in Mali have joined forces with Boko Haram, the Nigerian terrorist network: “We have seen clear indications of collaboration among the organizations” with financing coming from a profitable portfolio of activities ranging from kidnapping to drug, gun and even tobacco running.

In the absence of a completed plan for the retaking of Mali, which Ham insisted would be undertaken solely by African troops with logistical and training support coming from the outside (the “Somalia” model, as some are dubbing it), Ham does not believe the operation will be smooth. Nor will it even necessarily prove successful, given the strength of the enemy and the ill-preparedness of the ECOWAS assault forces, which, as Ham noted, have been trained and equipped for peacekeeping missions, not offensive operations.

Last month, at a Chatham House presentation, General Ham laid out the foundation that underlies these remarks. Admitting that Africa has largely been an “afterthought” for the American military, he explained that recent events in the Sahel, Somalia, and Central Africa have brought America directly into the fight against Al Qaeda and other freelance terrorists whose defeat is the number one U.S. military objective. He went on to list the broader U.S. objectives of fostering security, assisting economic development, promoting democracy, and supporting humanitarian efforts where necessary.

While unremarkable in itself, General Ham’s talk was significant because it was one of the very few times that a high-ranking U.S. official, military or otherwise, has suggested that the United States government actually has a new policy on Africa. Past U.S. policy has certainly had very mixed results and some of it has caused more harm than good, most notably in the case of the Clinton administration’s bungling during the Rwandan genocide and its tepid response to the debacles in Liberia, Darfur and the Congo.

In any case, while the full inside story of U.S. Africa policy since the end of the Cold War remains to be written, the creation of AFRICOM and the remarks by General Ham seem to suggest that a new chapter is beginning. So what should this policy look like? In the case of Mali, as mentioned by Walter Carrington, former U.S. Ambassador to Nigeria, at a recent talk at the University of Massachusetts Boston, it was the U.S. that trained the military officers who staged the coup (undoubtedly without Washington’s backing) that toppled the freely elected government. This kind of support hardly seems like a promising fresh start for a policy aiming towards peace and stability. For Ambassador Carrington this ‘militarization’ of U.S. policy in Africa may have many more negative outcomes.

Nevertheless, if the United States is truly interested in a more robust engagement in Africa it needs to concentrate on the following:

Intelligence – Before doing anything in Africa, tacticians need to know what is happening on the ground, who are the key players, what are their motivations and capabilities, and what the risks may be. This will require a serious upgrading of human intelligence capabilities in regions like the Sahel, the Congo, Sudan, and Somalia. It will also require coordination among the CIA, the Defense Intelligence Agency, and the State Department, along with African governments and other external partners.

Unlike the British and the French, the Americans lack long-standing networks for gathering and verifying information. Satellite and drone surveillance systems will not accomplish the essential mission of meticulously separating friend from foe, the innocent from the threatening. As long as African governments are going to ask for American assistance, there needs to be an independent intelligence-gathering operation in place so that American diplomats and soldiers will commit only when the risks are known and achievable goals have been established. This holds for development assistance as well as any kind of military action.

Integrity – When Americans say that promoting democracy is one of the key pillars of their Africa policy, they should mean it. That means no more uncritically supporting ersatz democrats like Paul Kagame and Yoweri Museveni. It means following up in South Sudan – an American instigated project if there ever was one- to make sure that the country does not descend into chaos. It means being very careful who gets weapons and training and making it very clear that serious consequences will follow if forces trained by Americans turn on legitimate governments, as was the case in Mali.

One of Susan Rice’s problems right now, as she positions herself as the next Secretary of State is her close (some say too close) relationship with Paul Kagame. It was Rice who tried to get the U.N. to back down from a report pointing out Rwanda’s support for the M-23 militias in Congo. To her credit, she has spoken out at times against Kagame’s undemocratic impulses. But in some ways Rwanda is becoming like Israel for U.S. policy makers: its leaders can act with impunity.

Investment – Americans talk a good game when it comes to investing in Africa, but the evidence of their enthusiasm is slim outside of South Africa and the various oil and ore patches. Right now there are tremendous opportunities throughout the continent in banking, telecoms, agriculture, construction, and retail. Nonetheless, when you drive around West Africa, you see mostly NGO logos rather than corporate ones. The consequences of this neglect include massive unemployment and a general feeling that the continent is being left behind.

Perhaps the best place for U.S. foreign policy to start would be to offer serious help in upgrading African universities, many of which are in shambles. Extension of favorable trade status, particularly in the agriculture section would also help along with massive increases in direct aid for infrastructure projects.

Without doubt, the risk factor is a major obstacle to increased U.S. investment. However, Americans need to put down their prejudices and go see what’s happening for themselves. The World Bank has a unit called the Multilateral Investment Guarantee Agency that provides business risk insurance to businesses investing in developing countries. American entrepreneurs ought to be lined up outside its door.

Semper Fidelis – This motto of the U.S. Marine corps, ‘always faithful,’ should be the motto of U.S. policy in Africa. Americans need to keep faith with their own principles of freedom and justice for all rather than ‘friends before facts.’ For too long, from Mobuto to Museveni, America has taken self-serving short-cuts on policies that have left African heads spinning.

Why send 100 Special Forces to hunt down Joseph Kony and none to save lives in the Congo? Some analysts believe it was a thank-you gesture to Uganda for its support of the military effort in Somalia. In the end there is nothing essentially wrong with this kind of quid pro quo, but what of countries that have little to barter with? Do they get no attention from Washington? Is our strategic assistance going to be dispensed as part of a giant patronage scheme? This seems more like Cold War policy than a reset policy.

Speaking of the Cold War, a new version of that competition, between China and the West, is emerging on African soil. And as many observers see it, China has captured the lead, largely because many African leaders find the Chinese more generous and a lot easier to deal with than Westerners. Moreover, they don’t particularly care about democracy or social justice.

Despite this, the U.S. is still fairly highly regarded in much of Africa. But that friendly capital will swiftly dwindle if the only things Africans get from the reset of U.S. policy are drone fly-overs and visible support of corrupt autocrats.

As Ambassador Carrington concluded at his UMass address: “Mali is a cautionary tale for any country seeking U.S. assistance.” Because the United States lacked real intelligence about what was going in Mali’s political circles, American actions helped to topple one of Africa’s oldest democracies. Unintended consequences, to be sure; but an undertaking deeply unworthy of – and damaging to – the kinds of outcomes the U.S. would like to see in Africa, and the principles it claims to stand for.

*Source African Arguments . Michael Keating is the Director of Operations of the Center for Peace, Development and Democracy at the University of Massachusetts Boston. He can be contacted at michael.keating@umb.edu 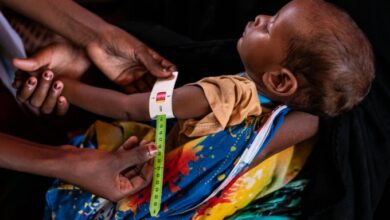 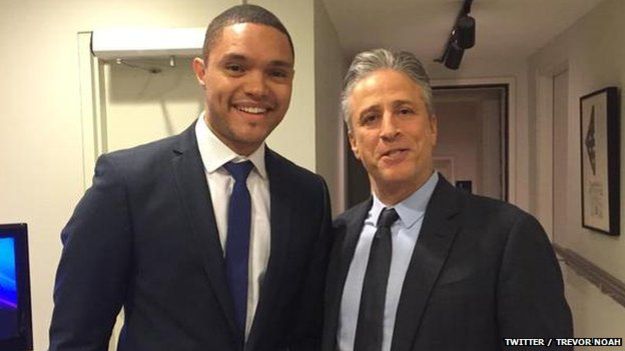