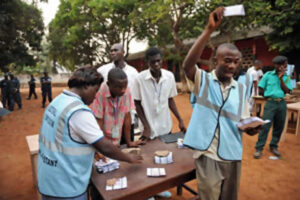 The Arab Spring underscored the pivotal role that youth can play in a country’s economic and political stability. This is even truer in Sub-Saharan Africa, where 70 percent of the population is under the age of 30.

A youth bulge may serve as an added concern for governments—a young, unemployed population is more susceptible to criminal and extremist elements—or as a demographic bonus. The just-released Global Trends 2030 report by the National Intelligence Council (NIC) noted that, “with other regions rapidly aging, increasingly a disproportionate number of Africans will make up the global working age population.” Indeed, the United Nations Economic Commission for Africa estimated that by 2050 one in four workers in the world will originate from the continent. Furthermore, as mentioned in Envisioning 2030: US Strategy for a Post-Western World, the Atlantic Council’s companion to the NIC report, Africa’s youth bulge “reinforces the opportunity for economic growth that is gaining attention and foreign investment—a reality that other emerging regional and global powers, including China, India, Brazil, and Turkey have already begun to seize.”

However, Africa’s youth are not always in the best position to play a positive role. The 2012 African Economic Outlook reports that 60 percent of unemployed persons on the continent are between the ages of 15 to 24, and over half of them have quit their job search due to governments’ failure to produce a greater number of opportunities. While there are exceptions—Rwanda reported a 5 percent youth unemployment rate in 2010 and an average 8 percent GDP growth rate in the past five years, showing how an enabled younger population can lead to national economic prosperity—unemployment among young Africans is one of the continent’s most pressing issues.

There is great opportunity in the future for young Africans to make their mark on the global economy, but they are largely left out of the political and economic spheres in their countries, and have been increasingly disillusioned with the leadership from their older heads of state. Age does not determine an individual’s capability to lead a younger population, but given that African leaders are on average 42 years older than the median age of their constituents—compared to Europe’s 14 year age gap between the same actors—who can blame them for feeling disconnected with their public officials?

Fortunately, the sheer size of African youth population provides them with voting clout, something that African presidential candidates have noticed. With the exception of Angolan President Jose Eduardo dos Santos’s reelection at age 70 in early September, African voters have lately favored the candidate with a stronger grasp of youth issues, producing political agendas that more thoroughly incorporated their concerns.

Young Senegalese, who had boosted President Abdoulaye Wade (age 86) to power in previous elections, instead turned their support towards the younger Macky Sall (age 50) in March’s elections with a 66-to-34 vote in his favor. Throughout his campaign, Sall promised to develop a youth employment program that included providing young entrepreneurs with lines of credit and training university students with technical and professional skills that matches market demands. By contrast, Wade’s unconstitutional pursuit of a third presidential term spurred youth protests across the country.

Sierra Leonean President Ernest Bai Koroma (age 59) also prioritized youth interests in his campaign. The first public remarks he made after taking oath were: “We will focus on creating jobs for the youths, and on training our youths to seize the immense employment opportunities we are creating in the construction, mining, agriculture and other sectors.” Although the leader of the opposition was younger, Koroma’s economic record and the prospect of job growth helped win him the support of young voters. The International Monetary Fund reported a projected 21.3 percent GDP growth rate for the country in 2012, largely due to the expansion of the mining sector, but also to agricultural output.

Africa’s two oldest leaders are looking to be replaced by younger candidates early next year. Zimbabwe, currently led by the 88-year old President Robert Mugabe of ZANU-PF, will hold presidential elections in March 2013. The opposing Movement for Democratic Change (MDC) has proven it can stabilize Zimbabwe’s economy and create a more hospitable environment for the country’s job-seeking youth—the young MDC Finance Minister Tendai Biti (age 46), who spoke at the Atlantic Council earlier this year, reduced the country’s inflation rate from 79.6 billion to 4 percent—but the tabloid scandals surrounding its likely presidential candidate, Prime Minister Morgan Tsvangirai (age 60), have distracted from the policy content of the race. Zimbabawe’s youth seem to be continually disillusioned with its leadership, demanding democratic reforms instead of throwing their support behind either candidate.

In the same month, Kenyan President Mwai Kibaki’s (age 81) will step down from power, opening the space for Prime Minister Raila Odinga (age 67) or Deputy Prime Minister Uhuru Kenyatta (age 51) to take over his position. Earlier this month, Kenyatta added 47-year old former Presidential Candidate William Ruto to his bid in what is largely seen as an effort to consolidate the country’s youth vote on one ticket. Kenyatta says he believes in the youth’s “rightful role in defining the leadership and destiny of [the] country,” yet it was his and Ruto’s manipulation of youth groups to instigate the 2007 post-election violence that killed over 1,000 Kenyans. The two politicians have been indicted by the International Criminal Court on charges of crimes against humanity, highlighting some of the pitfalls that can come with appealing too much to the youth population.

African leaders need to do a bit of soul-searching in order to more effectively appeal to their changing country’s demographics, for both electoral purposes to also enable their countries to be stronger economic competitors on the global scale. The high rates of youth unemployment, coupled with the stresses of rapid urbanization facing the continent today is no doubt adding pressure to an already fragile situation. Still, Africa’s youth is its main hope, and there are leaders on the continent, such as Malawian President Joyce Banda, who has urged youth empowerment, noting “when we say the youth are the leaders of tomorrow, when will tomorrow come?”  If the continent’s aging presidents learn to better accommodate the needs of their younger populations, they can transform a demographic concern into a demographic dividend. If they don’t, they may want to look into building a few luxurious retirement homes before the end of their next term. 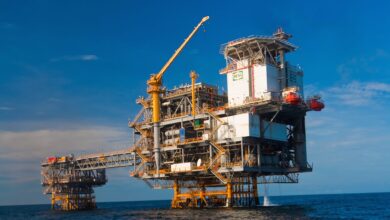 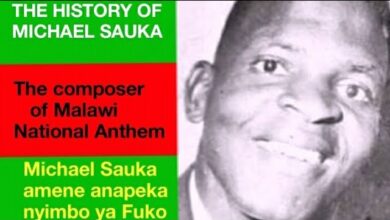 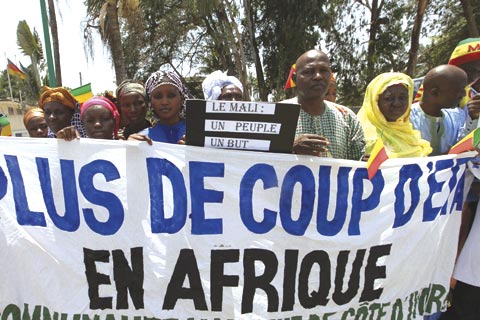