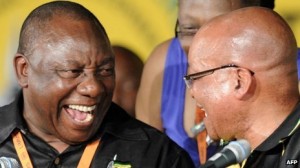 Once a leading trade unionist, he became the symbol of black capitalism in South Africa after the African National Congress (ANC) came to power at the end of white minority rule in 1994.

But business was never his passion. His first love was politics and he harboured ambitions to become the deputy of Nelson Mandela, South Africa’s first black president.

When Mr Mandela overlooked him, he was said to have been so upset that he refused to attend Mr Mandela’s inauguration as president.

He also declined to take a post in government.

Instead, Mr Ramaphosa – a qualified lawyer – became an MP and chairman of the constitutional assembly, playing the lead role in drafting South Africa’s post-apartheid constitution, one of the most liberal in the world.

To the dismay of many South Africans who saw him as the most credible politician of the post-Mandela generation, Mr Ramaphosa later withdrew from the political centre-stage to become a businessman.

This was then a rare career for black people in a white-dominated sector, especially for a trade unionist who had organised the biggest mining strike in South Africa’s history in the 1980s to increase pressure on the apartheid government.

As white businessmen tried to accommodate him, Mr Ramaphosa acquired a stake in nearly every key sector – from telecoms and the media (where he rarely interfered in the editorial independence of newspapers he owned) to beverages and fast-food (he owns the South African franchise of the US chain, McDonalds) and mining.

‘Foreign puppet’
But Mr Ramaphosa, 60, always kept a foothold in the ANC, serving on its top leadership body, the National Executive Committee – a position that, his critics say, gave him insider information and unparalleled access to government ministers as he built his business empire.

These accusations grew after police killed 34 workers in August at the Marikana platinum mine – the most deadly police action since white minority rule ended.

With Mr Ramaphosa a director in Lonmin – the multinational that owns the mine – he was accused of betraying the workers he once fought for, especially after emails emerged showing he had called for action against the miners for engaging in “dastardly criminal acts” – an apparent reference to their wildcat and violent strike.

Leading the attack on Mr Ramaphosa, expelled ANC youth leader Julius Malema portrayed him as a puppet of whites and foreigners.

“The British are making money out of this mine… It is not the British who were killed. It is our black brothers,” Mr Malema said.

“Every mine has a politician inside. They [whites] give them money every month, they call it shares. But it is a protection fee to protect whites against the workers.”

He is the chairman of Shanduka, the investment company which he founded, and the independent non-executive chairman of MTN, the telecommunications giant.

“Shanduka, which owns 0.45% of MTN Group, announced [in November] that it had made a $335-million investment in MTN Nigeria,” Mr Whitfield wrote, asking: “Is there some sort of insider trading here?”

Although MTN strongly denied any wrongdoing and said Mr Ramaphosa had recused himself from discussions over the deal, leading South African political commentator Justice Malala said: “There has not been enough scrutiny of all the candidates for high office in the ANC.”.

Even as general-secretary of the National Union of Mineworkers in the 1980s, Mr Ramaphosa was known for his lavish lifestyle.

As his biographer Anthony Butler wrote in Johannesburg’s Mail and Guardian newspaper, “Ramaphosa has always believed that education, the arts, vintage wine and fast cars should not be reserved for the rich or middle-class whites. As a union leader he always flew first class.

“He also insisted that his regional negotiators, some of whom had never been inside a hotel before, should stay in the same luxury hotels as their management counterparts.”

Suave and urbane
Also the owner of a farm with highly-prized cattle, Mr Ramaphosa once went to an auction to bid for a buffalo and her calf.

He offered about 19.5m rand ($2.3m; £1.4m), but could not match the 20m rand offered by rival bidder Jaco Troskie, the son of South African film ­magnate Boet Troskie.

Mr Ramaphosa said his budget did not allow him to bid any higher.

“I spent my budget on other animals. And, like any businessman, you must know when to stop,” Mr Ramaphosa was quoted by South Africa’s City Press newspaper as saying.

His role in the auction came to haunt him after the Marikana killings, as his critics accused him of spending lavishly on animals but not paying workers a decent wage.

To salvage his credibility in the ANC and the trade union movement, he apologised on national radio.

“I regret it because it is an excessive price in the sea of poverty. I belong to a community and it was one of those moments when I was blind-sighted,” he said.
Will Cyril Ramaphosa help the ANC do more for its poor black supporters?
Although to some his reputation was tarnished, his election as ANC deputy leader shows he retains massive support among the party’s rank and file, dating back to his role in the struggle against apartheid.

His nomination for the post was supported by influential figures in the National Union of Mineworkers, which he founded in 1982, as well as the South African Communist Party – a clear sign that, despite his wealth, they do not believe he has abandoned his roots.

He was guaranteed the post after President Jacob Zuma backed his candidature.

Suave and urbane, Mr Ramaphosa is the exact opposite of Mr Zuma, a Zulu traditionalist.

The two are likely to form a powerful team as the ANC gears up for the 2014 election, with Mr Ramaphosa appealing to middle-class South Africans while Mr Zuma focuses on winning the support of workers and the rural poor.

“Mr Ramaphosa brings a close understanding of the needs of established and black business and, through his involvement with companies such as MTN, he has unparalleled personal networks in Europe, Africa and East Asia,” Mr Butler said.

Mr Ramaphosa played a key role in easing the way for Mr Zuma’s re-election, expelling Mr Malema – who was campaigning to oust him as ANC leader – last year.

His elevation to the deputy leadership of the ANC means he will be South Africa’s next deputy president – a step closer to fulfilling his long-held ambition of becoming president, an ambition that Mr Mandela thwarted in 1994 when he chose the more senior Thabo Mbeki as his deputy.

At the time, Mr Mandela’s former doctor and businessman, Nthatho Motlana, said that Mr Ramaphosa – then only in his 40s – had age on his side, that he should move into business and return to the political frontline at a later stage.

More than 15 years later, this is exactly was Mr Ramaphosa has done to the delight of his allies who see him as the ANC’s prodigal son.

They hope he will revamp the ANC so that it will no longer be reliant on its status as a liberation movement to win elections but can use his business credentials to become a party of the aspirational classes.
* Source BBC 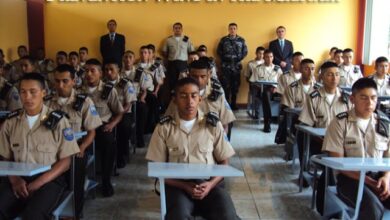