Following a High Court ruling in March this year, Kenya will hold general elections to choose a president, members of parliament, and local representatives on March 4, 2013. In the case that no presidential candidate obtains a majority of the vote, or does not receive 25% in at least 24 counties, a second round will be held on a yet to be determined date, with President Mwai Kibaki remaining in office for the interim period.

Concerns about the country’s security situation during the election period stem from widespread political unrest that characterised the period after the December 2007 general election. The unrest initially occurred between supporters of opposing political groups following the announcement of results in the presidential poll. With political parties largely split along ethnic lines, clashes between rival supporters soon took on an ethnic dimension, and attacks against certain ethnic communities occurred. Following a peace deal between Kenya’s major political elites, a coalition government was agreed upon and the violence subsided; however, ongoing ethnic tensions and a number of other challenges continue to affect the political environment.

It is therefore possible that the forthcoming election could reignite these tensions and further incidents of politically or ethnically motivated violence, and civil unrest cannot be ruled out. The current situation is fluid, and the extent of any election-related violence will depend significantly on the line opposing candidates and security forces take in response to any incidents that should occur.

The December 2007 voting process itself concluded with relatively few incidents of unrest. The election was contested by incumbent president, Mwai Kibaki of the Party of National Unity (PNU), and opposition candidate Raila Odinga of the Orange Democratic Movement (ODM). Despite widespread post-election allegations of voter fraud, the results were hastily released and indicated that Kibaki had won the poll. Discontent over the alleged irregularities, including the speedy announcement of the winner, sparked weeks of anti-government protests and politically-motivated violence across much of the country. The worst violence, which included rioting, clashes between rival political supporters and targeted assassinations, was reported in Nairobi’s slum areas, in the city of Kisumu and in the Nyanza and Rift Valley provinces.

The political scene in Kenyais largely split along ethnic lines; at the 2007 election Kibaki mainly cornered the Kikuyu vote while Odinga was largely supported by Luo and Kalenjin groups. The post-election violence quickly took on an ethnic dimension, with reports of attacks against Kikuyu populations and reprisal attacks against Luo and Kalenjin groups, largely in the Rift Valley. In Nairobi, long-standing discontent over poverty and unemployment exacerbated the violence. There were also reports of criminal gangs taking advantage of the unrest to carry out targeted killings. Incidents of looting, targeting both state-owned and private commercial interests, were also widely reported, with the situation particularly dire inNairobi’s Mathare, Kibera, Huruma and Kariobangi neighbourhoods.

After approximately six weeks of violence, which resulted in the deaths of at least 1,000 people and left an estimated 600,000 others displaced across the country, a peace agreement brokered by then-UN secretary general Kofi Annan was agreed upon on February 28, 2008. Under the agreement, Odinga’s ODM and Kibaki’s PNU formed a coalition government. Kibaki was appointed president and Odinga prime minister. In the wake of the agreement, most violence ceased with only isolated cases reported in Rift Valley province in the following months.

A referendum for a new constitution took place in Kenyaon August 4, 2010, and marked the first national vote to be held since the 2007 elections. Following the deaths of at least six people in a referendum-related attack in the centre of Nairobi on June 12, 2010, concerns were raised regarding possible violent civil unrest during the voting process. However, the referendum concluded peacefully and Kenyans voted overwhelmingly for the adoption of a new constitution.

Reports since April 2011 strongly indicate that there are two main presidential contenders: Raila Odinga and Uhuru Kenyatta, who has been indicted by the International Criminal Court on charges of crimes against humanity committed during the 2007/8 violence. On average, polls reflect that Odinga is likely to receive 36% of the first-round vote compared to the 22% Kenyatta is expected to garner. With the expectations of an Odinga victory, accusations of fraud and irregularities are more likely to be made if Kenyatta wins. Nevertheless, there is a threat of politically-motivated violence throughout the election period, regardless of outcome.

The two leading candidates were both prominent in the December 2007 unrest: Odinga for his role in suggesting the poll was fraudulent, and Kenyatta for allegedly planning and funding violence in Naivasha and Nakuru, both in Rift Valley province. Odinga and Kenyatta are from the Luo and Kikuyu ethnic groups respectively. This immediately frames the electoral decision as an ethnic one once again. Furthermore, relations between Odinga and Kenyatta are strained. During Kenyatta’s pre-trial hearing for instigating violence in 2007/2008, he stated that Odinga should take full responsibility for the violence that followed the election. He specifically stated that Odinga’s assertion that the vote was rigged led to the beginning of the unrest and that he failed to use his influence to stem the ongoing violence.

It remains unclear whether either Odinga or Kenyatta will willingly concede defeat. As mentioned, the threat of politically motivated violence related to the election is assessed to be high regardless of the outcome. However, the extent of violence is largely dependent on how the candidates respond, and how vociferous they are in tackling allegations of fraud or electoral irregularities. As was seen in the 2007 vote, the candidates were accused of stoking tensions and not actively intervening to reduce the violence. As such, the candidates’ reactions will be a critical factor in the extent of potential violence. Furthermore, the manner in which the police and security forces respond to any outbreaks of violence is likely to affect its spread.

However, even in the event that both Odinga and Kenyatta remain amicable throughout the election period, there are concerns that outbreaks of ethnically-motivated violence may occur. Of particular concern are reports from both human rights and civil society groups in Kenyawhich indicate that members of both the Kikuyu and Kalenjin ethnic groups in Rift Valley province have already begun rearming themselves ahead of the election. Given the underlying tensions between these groups, such reports present a negative outlook for peaceful elections, as even a small-scale communal dispute will carry the potential to flare into widespread civil unrest.

Furthermore, as much of the violence during the 2007 elections was perpetrated via the use of crude weapons such as machetes, clubs and traditional bows and arrows, the acquisition of more sophisticated weaponry, such as handguns, high-calibre rifles and grenades, could lead to more intense violence than was previously seen. In addition, various Kenya-based civil society groups have also reported on the government’s alleged reluctance to demobilise and prosecute various party militias, which were primarily responsible for the ethnic and political violence in the country. This is another factor that could possibly provoke a repeat of the unrest in the country.

* Source Ryan Cummings is an  Africa Analyst at red24. http://thinkafricapress.com/kenya/projections-upcoming-2013-elections 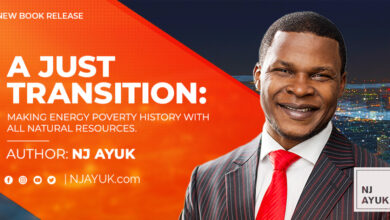