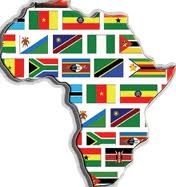 Are we living in the “African century?” That is what many people in business and politics have begun to call it. You may not have noticed – because so many headlines are devoted to dramatic events north of the Sahara – that there has been a quieter but more dramatic change for so many of the 900 million people living in the lands to the south. In some ways, this has been the larger revolution.

The economies of many once-destitute African countries are taking off. While the economies of the West are barely moving and China has been stalled, Africa experienced economic growth of 5 per cent this year and is projected by the International Monetary Fund to see 5.7 per cent growth next year. Six of the world’s 10 fastest-growing economies today are in Africa.

After decades of rising poverty and malnutrition, Africa is moving the other way: For the first time since 1981, fewer than half of Africans live in absolute poverty (defined as an income of less than $1.24 per day). About three million Africans a year escape absolute poverty. This is also having health consequences: In Senegal, for example, the child mortality rate fell from 12 per cent to 7 per cent over five years (though this still means that every other family has suffered a child death).

As Charles Kenny of the Center for Global Development observed this month, the GDP and growth figures from Africa may be disguising larger improvements. He cites the research by London School of Economics professor Alwyn Young, which suggests that even though per capita income has risen only slightly, actual African household consumption has been rising by between 3.4 and 3.7 per cent each year for the past two decades, and other studies showing that TV ownership has grown from 6 per cent of households to 29 per cent, electricity service has gone from one in 10 households to one in four, and six out of 10 Africans now have a telephone (considerably more than have a toilet).

Much of this is rooted in the timeless African economic foundation of having outsiders (including many Canadian companies) come in to your country to pull oil, gas, gems and minerals out of the ground.

But oil and natural-resource wealth does not explain it all. Much of Africa’s growth is due to the virtuous combination of agricultural commercialization and urbanization, the same two factors that ended malnutrition and mass starvation as commonplace factors in Europe and North America two centuries ago. A new report from the Rome-based Food and Agriculture Organization projects that by 2030, the number of Africans living in cities will double to 600 million – a change that will cause Africa’s fertile land to produce food rather than support poor people, and causing family sizes to drop dramatically.

All these optimistic numbers have led some observers to conclude glibly that Africa is “on its way,” is becoming a “middle-class continent,” is about to undergo the same transformation that China did 30 years ago, when it was as poor as Africa is today. Under this logic, all that is needed is profit – as seen on Friday when Julian Fantino, Canada’s Minister of International Co-operation, announced that part of Canada’s foreign aid will now be delivered in partnership with mining companies, many of which operate in Africa.

Yet it doesn’t take long to realize how fragile are the gains made by Africans. There is no shortage of success stories, such as Malawi and Ghana, where decent government and stable institutions have become a fact of life. But as we saw from the violence embroiling the Democratic Republic of Congo, Rwanda and Uganda this week, and the struggles with extremists that have struck Mali, a single eruption or a bad leader can destroy the gains of two decades.

This has led some to conclude that government and institutions are the main barriers to success – and therefore that they, rather than toilets or mosquito nets, should be the objects of our assistance. This case is made forcefully by economists Daron Acemoglu and James Robinson in their new book Why Nations Fail.

This week, they fought a pitched battle over this thesis, on Twitter and in blog posts, with controversial development economist Jeffrey Sachs, who insisted that geography and infrastructure are more important than government. (The authors countered that Mr. Sachs is being soft on dictatorships.)

From the perspective of 400 million dirt-poor Africans, this must sound like a chicken-or-egg debate. For it is increasingly Africans, not outside scholars, who are identifying the real barriers to success.

Kinshasa to try troops accused of rape in C. Africa