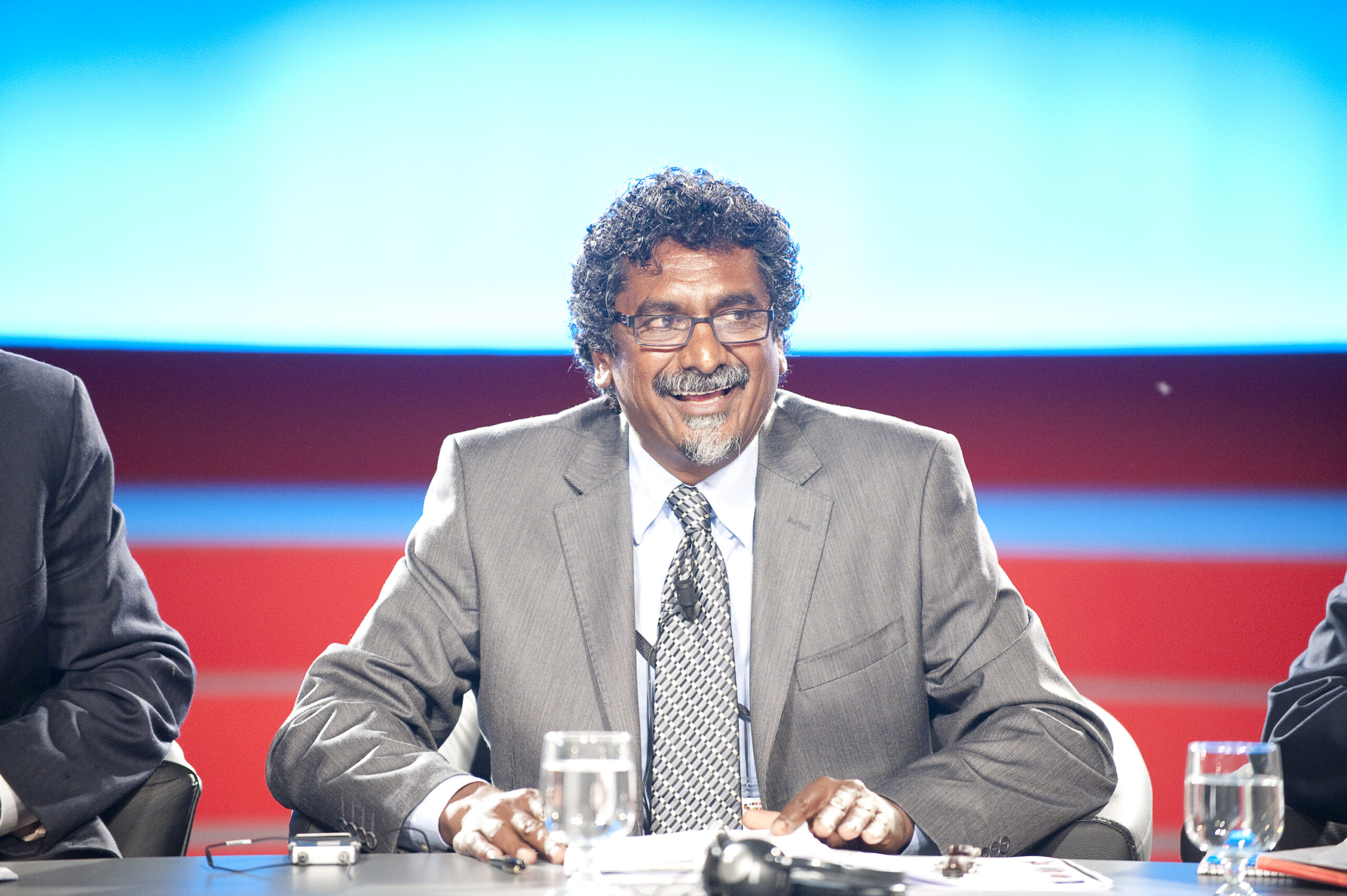 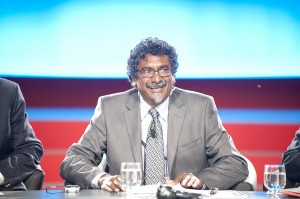 Jay NAidoo asks: How can we ensure that Africa benefits from its demographic dividend?

Africa has two major leadership problems: firstly, its leadership is fragmented. And secondly, its leaders are stagnating. We need a bold new vision that will integrate the continent and engage the new generation in building its future.

“We are angry, we are restless. We are sick and tired of mediocrity and corruption. We want to make our future. Can our leaders make way for us? Can we have a meaningful dialogue without being lectured about the liberation struggles of the past?”

This was the popular refrain among the over 400 youth leaders who met at the Mo Ibrahim Annual Conference in Dakar, Senegal, over the last few days – where they discussed the rather charged topic “African Youth: Fulfilling the Potential”.

Today, half of the population of Africa is under 20. By 2035 the African labour force will be bigger than China, and by 2050 a quarter the global workforce will be African. At that time, nearly half the global youth population will be African. How do we ensure that Africa benefits from this demographic dividend? How do we ensure that African youth compete at a global level through their sheer numbers?

It is time for my generation to move out of the way. We should be creating the pathways that connect youth to opportunity. We should be building an inter-generational dialogue that encourages a bold vision of an African century we hailed at the beginning of the millennium.

We are constantly reminded by politicians that Africa is the fastest growing continent in the world. There are two questions we need to pose to ourselves. What is the baseline? Africa, with a population of over one billion, has 2.7 percent share of global GDP. That’s less than France, with a population of 65 million. The GDP of the Netherlands, with 16 million people, is equivalent to the total GDP of SA, Nigeria and Egypt. The average per capita in Africa is $300, compared to France at $50,000. It is these facts and data that should drive our strategy and political debates.

Even in our growth there is a different story of who is succeeding in Africa. This is not the story of China and Brazil, where tens of millions are lifted out of absolute poverty; where in spite of corruption, public institutions like education and health give people skills, jobs and livelihoods; where the public infrastructure like roads, highways, electricity, water, sanitation and housing are expanding. We have an incestuous web of interconnected, predatory political and economic elites who have a stranglehold on our growth potential. And if GDP is indeed growing rapidly, and even GDP per capita figures are also growing, inequality is also soaring.

The key question is whether a narrow focus on GDP growth will drive job creation and social inclusion. As I travel across Africa, I see urbanisation happening at a frightening rate. It is driven by poverty and the piercing climate crisis that has resulted in prolonged droughts, the resource wars that devastate communities and undermine social cohesion. As I experienced in Kibeira, “the settlement sits like a huge sprawling mushroom of shacks on the outskirts of Nairobi. No-one knows how many people live there and not many want to be counted in official statistics, but unofficially many claim it is more than a million. It is a teeming, bustling place which is now part of a familiar sight on the African landscape. I see no signs of public investment here.”

Africa missed its opportunity in the global commodity boom of the last decades. We acted as 54 separate countries, weakening our bargaining power as an economic bloc, and failing to ensure mutual benefits in terms of beneficiation and the development of our infrastructure.

Mo Ibrahim, himself a successful telecommunications entrepreneur and pioneer of mobile telephony in Africa, says: “We do not understand our strength as the fastest-growing telecommunications market in the world. We have 500 million users today. Do we have a single telecommunications equipment supplier on the continent? This would never have happened in China. They have forced companies to open manufacturing plants there and to transfer technology and skills to Chinese people.”

We end up as a sheer supplier of raw materials; our African intellectual resources end up in the developed world, strengthening the stranglehold global companies have in relation to us; our countries become markets for manufactured goods and services from developed economies.
And our public debate about the Beijing Consensus versus the Washington Consensus is false. The reality is that every country and corporate wanting to do business with Africa has an agenda to serve themselves. The real failure is our political inability to negotiate as an economic block and create a viable economic common market for our billion citizens.

So the challenge is one of regional integration. The intra-country barriers impede the flow of goods, services and people. They raise the costs of doing business in Africa and fail to create economies of scale. How quickly we integrate into the global economy and scale up our connecting infrastructure depends on our political will to break down these artificial barriers and the vested interests that perpetuate it.
Which brings us to the greatest challenge, that of governance. Who benefits from the inefficiencies at our borders; the failure to connect our roads, railways and electricity grids; who benefits from the murky world of bureaucratic red tape that hides the corruption and inefficiency of the system? We have to bring ethics into our conversation. Are leaders entering the public service to serve the interests of the citizens or their individual vested and material interests?

As one young leader said, “Give me examples of those who have led our countries that have not ended [up as] dollar multimillionaires by the time they have left office. We can count them on the fingers of one hand. Will they have to account for how they or their family members have acquired such extraordinary wealth?” I think that is a legitimate demand.

As I listen, I marvel at the power of technology to democratise information, transform the delivery of services and empower citizens. Everyone here has a smartphone. It is absolutely clear that the pace of technology will change how we live, work, educate ourselves and source services from both public and private sector. But it will – it has already begun to – change the checks and balances of democracy. Already the mobile digital revolution is linking farmers in rural areas to understand the prices of their produce in urban markets. Africa accounts for 15 of the top 20 countries using mobile banking. In countries like Kenya, Sudan and Gabon, more than half the population uses mobile banking.

Arabic, especially in North Africa, is the fastest growing language on Twitter. Ushahidi, a non-profit business in Kenya, is becoming a global brand that has created a platform that allows geospatial visualization of our campaigns against human trafficking and other areas of social risk. Governments will soon realise the futility of secrecy laws and censorship to hide corruption from the public eye. The media of the future will be driven by citizens on open-source platforms.

I visited a social change hub in Dakar, Senegal, and spent a fascinating time with earnest entrepreneurs who had set up a shared services model. Its founder, Karim Sy, gave up his job after attending a social entrepreneur conference in South Africa, and today the incubator hosts over a 150 new start-ups, demonstrating youth leadership and excellence. After an engaging conversation I was convinced that young leaders like Karim needed to be supported in order to replicate and scale up their service across Africa. They represent our true destiny.

Things have to change. The older generation wants a status quo: we call it “stability”, which appeals to too many donors. The youth want changes now; they call this “prospects”. We need to find a responsible role for the youth without being too prescriptive. We need to be breaking down barriers and co-creating solutions. This is the new political narrative we should be building with the youth of the future. As Iman Bermaki, an 18-year-old Moroccan who interacted with former President of Nigeria, Obasanjo, in the opening session, softly says, “Have confidence in young people. We are serious about our future. But try to listen more carefully to what we say.”

Archbishop Tutu, in his characteristic humour, encouraged youth leaders to be unstoppable. “We must be optimistic about the future,” he said. “It belongs to you. Go out and seize it. It’s your destiny.”

* Source African Arguments.The writer was the founding general secretary of the Congress of South African Trade Unions and a cabinet minister under Nelson Mandela.