It is a great honour to be here with you today, and I would like to express my deepest appreciation to our hosts for inviting me to participate in such an enlightening event.

With so many of Africa’s greatest minds gathered in one room – including a whole new generation of ministers with the capacity to make real change happen in their respective countries – we have the unique opportunity to have a sincere debate on these issues of the day: governance, security, economic development, anti-corruption and transparency.

In recent years, Africa has made great strides towards these goals. We have seen more successful elections than at any time in the past.

We have seen a decrease in armed conflict and a growth in stability and foreign investment that have allowed many of our citizens to be lifted out of poverty.

The combined GDP of the continent’s 54 nations would make it the fifth-largest economy in the world, after the United States, China, Japan, and India.

The continent includes seven of the world’s 10 fastest-growing economies, and average growth outpaces that of the United States of America and Europe.

We possess significant quantities of the world’s most valuable natural resources, and are beginning to understand how to translate our raw material economies into broader economic growth.

And, most importantly, as I think everyone in this room will agree, our most valuable resource is our people who– when able to access good education, training, and other opportunities such as jobs– offer limitless potential to transform the continent so as to fulfill the dream of the African century.

But, of course, there is so much more to do.

We place so much emphasis on elections and economic growth figures as exclusive measurements of Africa’s progress when, in fact, we cannot assume that social justice is always attached to these qualities.

I will not be the first person to say this, but I continue to believe that Africa continues to suffer from the oppression of diminished expectations.

Because we are young nations, poor nations, people who have only tasted freedom for a handful of decades, we are only considered “successful” when we are able to organise elections, keep the armies in the barracks, and maintain economic growth above five percent.

But, really, success should be defined by much more – such as increased job opportunities, education, social development and an efficient delivery of services to citizens.

This brings us to the issues of anti-corruption and transparency. I think everyone in this room can acknowledge that on these matters, there is still much room for improvement.

The fight against corruption in Africa is one of the most important challenges for us to overcome, because it is a fight for human rights.

When corruption depletes national resources, the citizens of our countries are being deprived of their rights to development.

When resources are taken hostage by private individuals and government officials that would otherwise be dedicated to social development and infrastructure, these people are depriving a generation of their opportunities– with devastating consequences.

And because anti-corruption is so important, too often we accept the form over content. We take the rhetoric at face value without seeing what is actually being done to fight corruption when, in fact, the tactics implemented may not constitute best practices.

We must always be aware that the fight against corruption in Africa and indeed on other continents can itself become corrupted.

There are cases in which the authorities use anti-corruption as an instrument to pressure their political opponents, pursue personal grievances, or even use it as an instrument against investors and business competitors.

The anti-corruption fight — should not be selective.The real fight against corruption – the substance over the form – should be supported by a robust legal framework and must be carried out by truly independent institutions.

Such as an independent judiciary, anti-corruption agencies and law enforcement that uphold the rule of law that can carry out efficient prosecutions.

Anti-corruption efforts should focus on building a solid institutional framework that can pursue cases based on real evidence and rights to defence.

Drawing on my own experience during my presidency, our goal was to enhance the regulatory framework that would ensure anti-corruption efforts were based on the rule of law.

We were faced with enormous inefficiencies, with our anti-corruption bodies absorbing huge budgets to pursue petty cases instead of working together to secure meaningful investigations.

One of the most important measures we took was to streamline the agencies to improve efficiency, deepen access to resources, and cut back on all the redundancies.

For instance, the anti-corruption task force was moved under the Police. There were three reasons why we moved the task force under the police.

1. To avoid the spiraling costs due to duplication in processes, such as administration, investigations, and prosecutions

2. To restore presumption of innocence and due process, and,

3. To protect against personal and political manipulation.

I believe the challenges faced in the anti-corruption fight in Zambia are similar to many other nations. Many anti-corruption bodies operate on the principle of “guilty until proven innocent.”

We have seen many cases of the media being used to conduct trials by headline. And, in some cases, these same headlines are presented to the courts as the key evidence to secure convictions.

Corruption is such an intransigent problem in the world that many governments may be tempted to implement an “anything goes” approach.

But when the authorities have carte blanche to prosecute and punish without a formal legal process, we immediately face an ethical dilemma and the possibility of abuse.

If you have to break the law in order to fight corruption, then corruption has already won.

However if you take away one message from my talk today, I hope it is the connection between governance and anti-corruption. Corruption feeds on inequality and weak institutions.

Corruption wants to live in a system that fails to provide to the people, where bribes and kickbacks are not simply crimes but methodologies of survival; definitions of success.

Corruption enjoys and encourages poor governance through a self-reinforcing cycle of a failure to deliver services and the exacerbation of the gap between rich and poor.

The political leadership can talk all day about democracy, economic growth, and their plans to “crack down on corruption”.

But if a government is failing to address the basic social issues – from the price of basic foods to the ability to access to shelter, safe drinking water and basic healthcare – then we will soon see that form is not enough.

We need to deliver on content. In order to achieve these lofty goals, a nation must be united in purpose.

I recall that during my presidential inauguration address to the nation on November 2, 2008, I pledged to be a president for all Zambians– all 73 tribal groupings– to deliver economic growth, good governance, and to continue the fight against not only corruption but also poverty.

I wanted to ensure the country was able to feed itself and not rely on handouts. I understood that to sustain growth and prosperity, the country needed to be unified and to uphold democratic governance and the right of the people to elect their leaders freely and fairly.

I reflected on the need to educate our nation and to ensure our young generation had life-sustaining skills through strong economic growth. I believed that this would in turn provide the necessary economic opportunities.

History may judge whether or not I succeeded in my 40 years of public service to Zambia. Certainly, there are areas of achievement that I am proud of, as well as mistakes which I have acknowledged.

I believe political leaders have a responsibility to listen to their people, and not to betray their trust with empty promises and the dictating of policy without consultation.

Democracy, it should be remembered, does not only exist around voting day, but should represent a set of values of mutual respect, equality, and consultation practiced every day by African governments, leading to a greater inclusion of all our people.

Thank you kindly again to our gracious hosts here at Crans Montana Forum.

It has been a great honour and privilege to have the opportunity, and I look forward to continuing these important debates with you all in the future.

*Rupiah Banda is a former President of the Republic of Zambia. This is the full text of the speech he delivered  to the Crans Montana Forum in Geneva, Switzerland. President Banda was awarded the Prix de la Fondation of the Crans Montana earlier this month 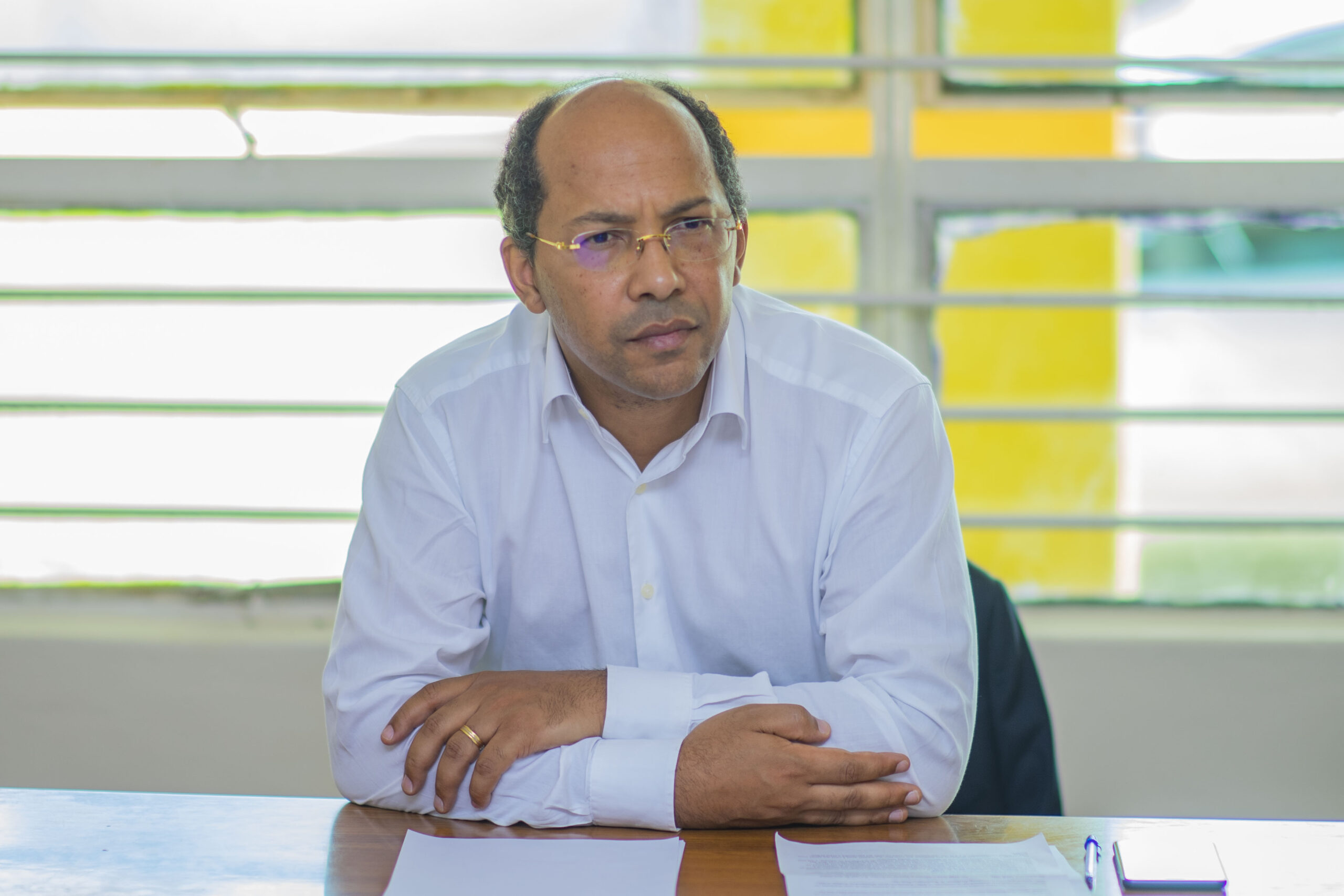 From Gabonews to Global Business Mogul: The story of Nicolas Pompigne-Mognard, Founder and Chairman of APO Group

In Southern Africa, leaders get bracing glimpse of a political precipice