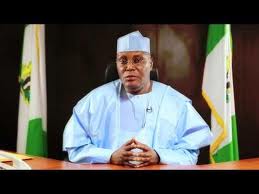 We have a keynote speaker, so I will take liberties as the Chairman only to make a few remarks on a key issue that has been on the minds of many Nigerians lately, namely the structure of our federation. I believe that it has a bearing on the theme of this important conference. Politics, including opposition politics, is played within the context of the structure of the polity.

I am a product of regional parliamentary democracy. I received free qualitative education from the primary to the secondary and university levels. I was even paid to attend school. The money which the government of the day, my local authority, used to pay for my education and those of my contemporaries was not derived from oil revenues. So I am not a product of oil boom Nigeria.

This is an important lesson for all of us. We must, therefore, demand good governance at all levels of our government. The immense developmental strides achieved by our First Republic leaders were achieved without oil revenues, yet we have for over forty years now been behaving as though nothing can be achieved without oil revenues. We should all be thinking more about production rather than distribution or sharing. I do not know of any country in the world that has developed just by its leaders gathering in their capital city every month to share revenues from rent.

During the 1994-95 constitutional conference some of us argued that such organs as Federal Ministries of Education, Health, Agriculture and Sports were unnecessary. We reasoned that their responsibilities should be devolved to states and local governments. At best the federal government should establish standards and regulatory bodies and give grants to states that conform to them. This proposal was not adopted by the constitutional conference, so the current structure was retained. Why should we be talking of federal roads and federal secondary schools? Decentralization is not an invitation to the breakup of the country and national unity should not continue to be confused with unitarism and concentration of power and resources at the federal level. Of course I am aware that some of the main beneficiaries of our erstwhile regional parliamentary democracy have been hiding behind a call for restructuring to push for the breakup of the country because of their proximity to a finite natural resource and transient political power.

One of the consequences of excessive centralization and the military rule that facilitated it, is that the Nigerian President is the most powerful President in the world. This is because he could quite literally unleash all security agencies on an individual or organization, undermine the National Assembly, and turn the judiciary into an almost pro-government and conformist organ. This is not in the realm of speculation; it has been happening in this country. Indeed I drew attention to it when I was in office as Vice President and was having a political face-off with my boss. It is not healthy for democracy and must be changed.

I also want to recall that during the said 1994-95 Constitutional Conference, Dr Alex Ekwueme, GCON, the Second Republic Vice President of this federation, introduced and canvassed for the concept of geo-political zones. I was among those who opposed it because I thought that Ekwueme, coming from the defunct Republic of Biafra, wanted to break up the country again. Now I realize that I should have supported him because our current federal structure is clearly not working. Dr Ekwueme obviously saw what some of us, with our civil war mindset, could not see at the time. There is indeed too much concentration of power and resources at the centre. And it is stifling our march to true greatness as a nation and threatening our unity because of all the abuses, inefficiencies, corruption and reactive tensions that it has been generating.

There is need, therefore, to review the structure of the Nigerian federation, preferably along the basis of the current six geo-political zones as regions and the states as provinces. The existing states structure may not suffice, as the states are too weak materially and politically to provide what is needed for good governance.

In the same vein I see nothing wrong with the establishment of state police by the states that want it, as long as it can be insulated from and is independent of the state or regional government. The argument that governors will abuse state police is rather specious. Should we abolish the Nigerian Police because it is often abused by those in power at the federal level? Should we abolish the state treasuries because governors abuse them? And should we also abolish local governments for the same reason? No. We should, as a people, struggle for and put in place institutional safeguards against abuse of power by those in power at all levels. We have a chance now to put many of those safeguards in a new constitution.

And, as is typical with working federations around the world, state flag or anthem should not get us overly excited. Local identities and symbols are not antithetical to and do not preclude national identities. I, for one, am a proud son of Adamawa, a proud northerner and I am a proud citizen of Nigeria. American states all have flags and anthems; yet I do not know of many countries that are more stable and united than the United States of America.

It is also absurd to say that all parts of the country should have a uniform wage structure for workers. Our states and regions have different revenue endowments and varying costs of living. And it is misguided for labour leaders to think that a uniform wage structure across the country is in the best interest of workers. Employers, including state governments and agencies, that have the capacity to pay more should be able to do so. That can spur competition for the best talent, which may indeed raise overall wage levels (and standard of living) in the country. Minimum wage standards should, therefore, be established by state/regional governments.

Our judiciary is bloated, and increasingly conformist and pro-establishment. Yet justice is always delayed. In the US, which has a larger population and land mass, we find that the judiciary, while not bloated, delivers justice faster. I would like to see a more activist judiciary at all levels – local, regional and federal – one that actually does justice rather than hide behind technicalities to do injustice. I would like to see a judiciary that is able to live up to its billing as the last hope of the common person.

On the specific theme of this conference (and without prejudice to the keynote address), I will just remark that I have long been an advocate of a two-party system because of our class, ethnic, religious and regional faultlines. My recommendation for legislative amendment in that regard is for the National Assembly to pass a law stating that there shall be two political parties in Nigeria, full stop. It does not have to decree their ideologies or platforms. This, in my view, will produce two political parties that will cut across our various divides, and be viable alternatives capable of forming government after elections. Ruling parties all over the world never want strong opposition parties and in contexts such as ours are capable of undermining efforts by opposition parties to coalesce into a single formidable alternative party.

I thank the Leadership newspapers group for organizing this event and for honouring me with the invitation to chair it. More importantly, I thank the newspaper for its commitment to the journalistic creed of holding those in power to account and reminding them and all of us that in a democracy power flows or ought to flow from the people. I congratulate the recipients of today’s awards.

Thank you and God bless.