African economies have grown robustly over the past decade, but that has not solved the continent’s economic problems.

According to Mthuli Ncube, chief economist of the African Development Bank (ADB), this is because Africa has weak manufacturing and agro-processing sectors.

He further maintains that at least 70% of growth over the past decade has been driven by natural resources.

“Exploiting natural resources is capital intensive and does not create many jobs directly,” he says.

He says that for more people to benefit and to create more jobs, there has to be value-added processing of those resources.

“But more importantly, the answer lies in creating what is known as sovereign wealth funds,” he says.

“These are resources that can be used for creating venture funds, to support new entrepreneurs, new business ideas, which could then create jobs,” he says.

He points to Botswana, which has done a good job in creating sovereign wealth funds out of its diamond revenues, as an ideal example of how such a concept can work.

One of the key functions of the ADB is to advise African governments on their economic policies.

Much of the continent remains poor and in some areas, youth unemployment stands at 50-60%.

“We were in Zambia recently, discussing the issue of youth employment with the whole cabinet and they were very receptive,” he says.

“We are working with them to see if we could set up clusters across Zambia – points where we could stimulate small to medium scale enterprises, support their ideas, build infrastructure, ensure electricity is available,” he says.

However, there are well-documented difficulties when it comes to getting governments involved in Africa – corruption and governance.

“We have to make it a mission and show the benefits of managing these resources transparently and efficiently through a sovereign wealth fund type structure,” he notes.

“Corruption is there, it will come in the way,” he concedes.

“One of the reasons why some of the governments are corrupt or difficult to work with is because of the presence of natural resources, where the elite capture all the benefits and the rest of the people are poor,” he adds.

Foreign investment has played a huge role in Africa’s transformation over the past decade.

It certainly brings resources to the continent, but is that a problem if that is not under African control?

Kenyan author Binyavanga Wainaina says: “We are in a season where there is an enormous amount of opportunity as many things are getting realigned.”

He says that the primary focus should be to change the continent politically and economically for its own benefit and, whenever necessary, to partner with whoever is able to do so for its own strategic advantage.

But does it worry him that there has been a significant amount of land bought in Africa by foreign investors who want to grow biofuels or food for themselves?

“We saw the direction that our cash crops such as coffee and tea went,” he says.

“It presumably brought in the foreign exchanges that sent us through development, but the indigenous economy of agriculture itself had to flounder and we live in a country, 50 years on, after having a pretty sophisticated agricultural system, where we still have people who don’t have enough to eat.”

He explains how due diligence and scrutiny has become more important, and that there are countries which are booming and which do not possess resources.

A senior executive with financial services firm Ernst and Young, who specialises in Ethiopia and East Africa, welcomes foreign investment.

“If you want to create a riot in a conference room of big investors in Africa, bring up this issue called land grab,” says Zemedeneh Negatu.

“It has a certain connotation about it, but we need to be careful so that Africa does not squander these investment opportunities.”

From his perspective, foreign direct investment in Africa is a big plus, especially when other emerging countries have increased their economies by attracting investment.

“China is actively courting investment,” he says, “And Africa also needs to be able to attract it because it is a job creator.”

Mr Wainaina would also like to see more investment in the continent.

“I am very much for it in the present climate, where the Mafia-like grip that western establishments had over certain territories and business on the continent is up for grabs again,” he says.

“The fact that there are now more players in the marketplace with capital means we can negotiate things to a better strategic advantage,” he says.

However, he does have a proviso.

“Just cash becomes corruption.” he says. “What we want to do is also have some degree of protectionism that allows our own industries to grow.”

Mr Negatu says that the current investment coming into Africa is a once-in-a-lifetime opportunity, but Africa needs to be smart about it in terms of policies, and building the capacity in both the public sector and the private sector.

“We need to engage the investors that are coming into the continent, so that both sides benefit,” he says. 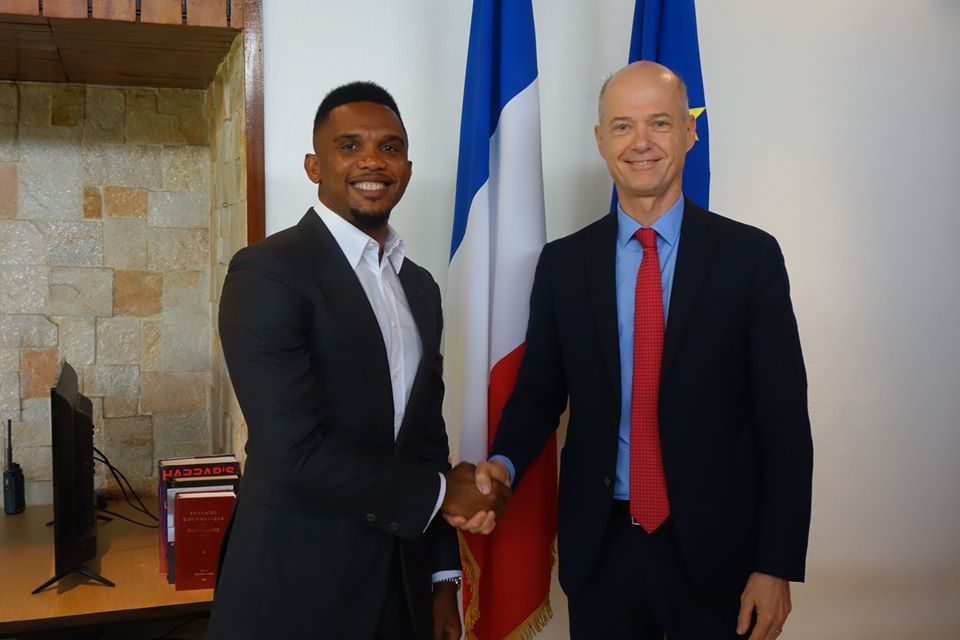