DAR ES SALAAM (Reuters) – Tanzania said a shipping agent based in Dubai had reflagged 36 Iranian oil tankers with the Tanzanian flag without the country’s knowledge and approval.

Tanzania said it was now in the process of de-registering the vessels after an investigation into the origin of the ships concluded they were originally from Iran.

Tanzania launched an investigation last month over accusations that it had reflagged oil tankers from Iran and asked the United States and European Union to help it verify the origin of the tankers flying the east African country’s flag.

A report with the investigation’s findings was discussed in the House of Representatives of Zanzibar, a semi-autonomous part of Tanzania late on Friday, and the minutes of that debate were seen by Reuters late on Saturday.

Reflagging ships masks their ownership, which could make it easier for Iran to obtain insurance and financing for the cargoes, as well as find buyers for the shipments without attracting attention from the United States and European Union.

The National Iranian Tanker Company (NITC) changed the names and flags of many of its oil tankers ahead of the EU ban, part of sweeping economic measures aimed at pressuring Tehran to end its nuclear program.

That included swapping Maltese and Cypriot flags for Tuvalu and Tanzanian ones.

The ships flying Tanzania’s flag were re-flagged by Zanzibar, which has claimed it was misled by its Dubai-based agent, Philtex, and would end its contract with that firm.

“The Zanzibar government is in the process of de-registering the ships and also terminating its agency contract with Philtex after establishing the truth that these (Iranian) ships are flying the Tanzanian flag.”

Howard Berman, the ranking member of the U.S. House Committee on Foreign Affairs, had accused Tanzania of reflagging at least six and possibly as many at 10 tankers, saying it was helping Iran evade U.S. and European Union sanctions aimed at pressuring Tehran to curb its nuclear program.

He said Tanzania could face U.S. sanctions for the practice.

Berman has also asked the small South Pacific island nation Tuvalu to stop reflagging Iranian oil tankers and warned its government of the risks of running afoul of U.S. sanctions.

On July 4, Tanzania’s neighbour Kenya cancelled an agreement to import 4 million tons of Iranian crude oil per year because of sanctions against Iran.

Zanzibar’s Iddi said Tanzania would act to de-register the ships in light of the threat of economic sanctions.

He promised further investigations into how the registration of the ships was conducted. However, he said Tanzania’s ties with Iran on other issues would remain intact.

Tanzania has previously stated that it supports Iran’s pursuit of a peaceful nuclear program.

The United States has mounted an international campaign aimed at depriving Iran of oil revenue to pressure it to rein in its nuclear program, which Tehran maintains is solely for peaceful purposes but the West suspects is aimed at developing nuclear weapons.

“The Zanzibar government will also conduct further investigations to establish how the registration of the ships was done in the first place,” Iddi said.

“Regardless of this incident, our relations with Iran will continue in other areas.”

Can Ghana's Economy Prosper Against the Odds? 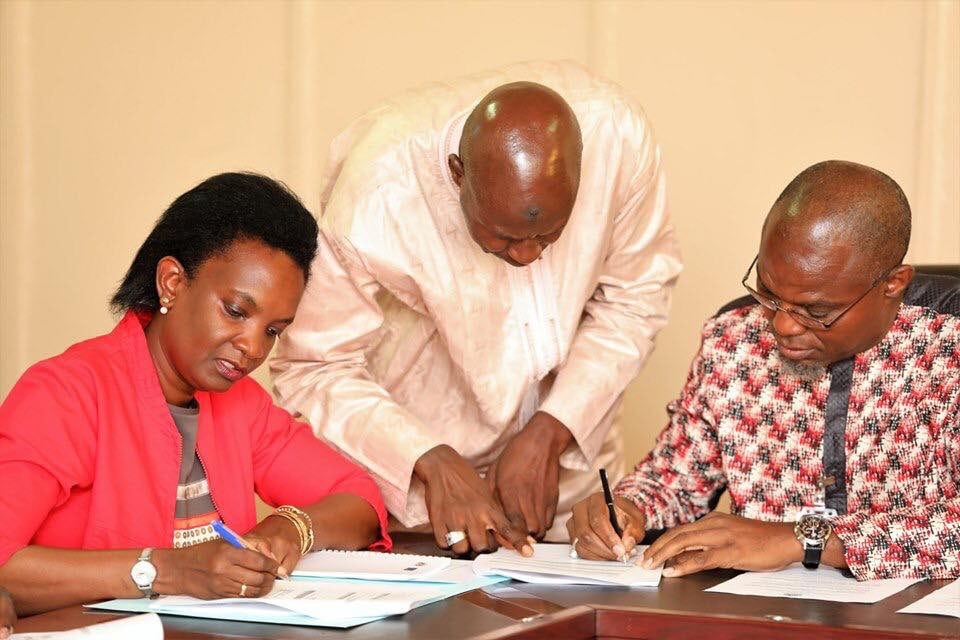