The finals of this year’s Miss World beauty pageant have been held in the northeastern Chinese mining city of Ordos, Inner Mongolia, located on the edge of the Gobi desert.

True to pre-event predictions, China’s Wenxia YU, was crowned Miss World 2012 at a thrilling ceremony held on the weekend of Saturday August 18. She takes over from Miss World 2011 Ivian Sarcos of Venezuela.

The post-event debate about whether China truly deserved the crown is to be expected, as it follows the tradition of a global showpiece that has gone through some phases since its inception, but remains the world’s most patronized beauty pageant.

This year marked the 62nd edition, and saw some 116 countries taking part, including the newly independent African nation South Sudan.

Represented at the world stage this year by the ever gorgeous and stunning Atong Demach, South Sudan managed to create history by winning the coveted Miss World Africa prize, also known as the “African Continental Queen of Beauty”, on their first ever shot at the world title.

Demach, who turned 24 this year (16th June, 1988), also won the “Miss World Top Model” prize, a feat that contributed to her gradual progression into the list of top finalists.

At the Dongsheng Fitness Center Stadium venue, Atong mesmerized the wide array of global audience seated, as well as million others who watched through a syndicated worldwide broadcast, with her class-act stage craft, alluring and striking poses, and stunning looks.

After making it into the list of Top 15 countries, which also included contestants from Kenya, Indonesia, Netherlands, USA, Philippines, Spain, Brazil, England, Wales, China, Jamaica, Australia, Mexico, and India, Demach subsequently made it into the Top 7.

The Top 7 also included contestants from Jamaica, India, Australia, Brazil, China PR and Wales. Demach cruised into the finals of what was a night of pure fun for her, with cheeky ease, placing a respectable fourth position, and bringing the world’s attention to the country she represents.

South Sudan joins a tall list of other African countries, who have won the Miss World Africa prize. South Africa is the country with the most Miss World Africa titles, winning 11 in all, the most recent being last year when Bokang Montjane who was also in the top 7, won it. Emma Wareus of Botswana won Miss World Africa in 2010.

Other prizes that were up for grabs at the August 18 finals included Designer Award, Beach Fashion, Sports and Fitness, Performing Talent, Multimedia Award and Beauty with a Purpose Award, which Ghana’s Stephanie Karkari jointly won last year.

Demach is a final year student of the Juba University, located in Juba, the capital and largest city of the Republic of South Sudan and which also serves as the capital of Central Equatoria, the smallest of the ten states of South Sudan.

Her future ambition she says is “to be involved in helping all needy children while I also hope to help work towards protecting our precious environment”.

The unassuming but intelligent young lady from Bor, a town located on the River Nile, says she is … “honoured to represent my country for the first time at Miss World and proud to stand for Beauty with a Purpose. All of us, who will compete, stand for the values of humanity, the beauty and strength of women in our world”.

With a little over 8 million people, South Sudan is poised on defining herself away from the Sudan of old, which for a very long time, was stained and bedeviled with attrocities of war crimes against innocent civilians, looting, greed and insensitive corruption.

Blessed with enough natural resources, it is expected that Africa’s new nation will rise and shine. Demach’s winning of the Miss World Africa prize, is just one of several successes the country looks forward to achieving in the coming years.

In its 62nd year, the Miss World beauty pageant was founded by Eric Morley in 1951 as part of the Festival of Britain celebrations. Some 26, young, beautiful ladies took part in the maiden edition.

The event is now being run by Julia Morley, wife of the deceased founder, who died in 2000. The Miss World franchise is available to some 130 countries.

In 2001, Nigeria won the overall Miss World prize, an accomplishment that also saw the African country host the world event the following year, in Abuja.

Considered the world’s most successful beauty pageant, the Miss World event continues to offer hope to young, beautiful and brilliant ladies, who are keen on impacting lives and changing society.

“The first Miss World, Sweden’s Kiki Haakonson, was the first and last winner to be actually crowned in a two-piece swimsuit. During the first decade of the pageant’s success, the outfits of contestants continued to raise eyebrows and grab headlines,” the Miss World organization has said.

“The first Miss World contest of the decade, hosted by the legendary Bob Hope, was marred by feminist protesters”.

“Miss World reached its half-century in the year 2000 and the contest returned to London, to the Millennium Dome, for the 50th anniversary show.

“A massive television audience of 2.3 billion witnessed India retain the Miss World crown and in the UK alone, more than 8 million people tuned in during the two-hour broadcast on Channel 5”.

The maiden edition in 1951, “welcomed a global audience greater than international events like the World Cup and the Olympic Games”.

“At its peak, the show claimed an audience of 27.5 million in Britain alone, a figure comparable to that of a royal wedding.

“Fifty years on from the first pageant, Miss World still pulls in the crowds and can boast an annual audience of over a billion”. 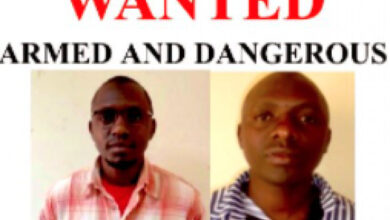