Many of you know me as the actress in Hollywood who plays the vampire Pam on True Blood. I’ve never been to Kenya, I’ve never directed a film and I’m afraid of snakes. But in two weeks I am flying to Kenya to direct a documentary, Out for Africa, about elephant ivory and rhino horn poaching. Along with an incredible team, I will be traveling to five locations across Kenya to film the land, the people, the wildlife and to find out what is happening and what we can do to stop the genocide.

Why? Because this is a love story. Mine with a South African man, his with his land and ours with the beauty and force of life. All life.

It all began a year ago over dinner with a beautiful Kenyan man named James who came to Los Angeles to ask a room of about ten of us Hollywood types, “To help him save his elephants, they are dying.” James was the warden of Tsavo National Park in Kenya and now works with the IFAW (International Fund for Animal Welfare). As my husband and I were driving home I could not shake James’ face, the openness and simplicity of his request, and I said in frustration, “What the hell can I do about elephants and rhinos dying in Africa?!”

But in the year since I met James, I’ve watched on my computer, in the chair where I now sit and type this blog, rhinos dwindle one by one to extinction in the wild and thousands of elephants be killed in one day.

After yet another story of tons of ivory being seized from illegal poachers, I decided to make that a real question and truly ask myself, “What CAN I do about it?” I started by asking the experts questions, studying the issue and talking to my mother-in-law, Cicely. She sent me Daphne Shledrick’s book, Love, Life and Elephants: An African Love Story, that she couldn’t put down as it reminded her so of her childhood growing up in Kenya — with a baboon named Josephine, a bush baby named Chappy and a hippo named Bomba — all orphans saved and returned to the wild by her father, who was a professor of physiology who’s passion was keeping wildlife safe and also wild.

I began shamelessly working the magic words “True Blood” and was able to get in touch with the real modern day superheroes who work so hard, dedicating their lives, to lessen the suffering of others in Kenya, and asked them “What can I do to help you?” And they all said to me, “We can’t do it alone. Alone we won’t win, they will die. We need more of us.”

And that is the equation for a better kinder world no matter where we look. Together anything is possible, separate we lose. Because none survive alone. I remembered James’ last words to me at that dinner a year ago: “Come see me in Kenya,” with that damn genuine smile. I blame him every day for the hundreds of hours of work and tens of thousands of dollars I have put in to shooting this film all over Africa. And I can’t wait to tell him face-to-face on August 27.

I am sure ignorance is part of why we venture in to the unknown anytime in life — from dating, to home construction, to a new business, and that must be a player in this huge endeavor for me, but a burning passion to stop the genocide of a loving, sentient species who never forgets and mourns their dead is the driving force. I want to know there are, and always will be, elephants in the wild, even if I never see them. I dream of a day when they are not murdered to satisfy an unending greed for statues of elephants in China, tourist trinkets and Hanko signature stamps in Japan. I believe in life, I believe in a force that creates life and I know it is wrong to end a sentient caring life for a possession. To take a mother or a father from a child for a souvenir is unthinkable and I know in some deep place in me that their destruction is also our own. What does it say of us?

So we’re off Aug 23 and I now spend 18 hours a day arranging bush planes, tents with mosquito nets, camera and sound equipment rentals, hiring a crew, writing check after check, talking to a doctor about yellow fever and typhoid risk, learning about deadly snakes (did I already mention I’m afraid of snakes?) and thinking of 100 lbs. of stuff I must fit in to my 33 lb. weight limit bag so the bush planes won’t crash.

BUT… I also get to email with the real life superheroes, not just the ones on TV (not that they aren’t terribly talented…). Like those at the David and Daphne Sheldrick Wildlife Trust who take that traumatized baby from her mother’s corpse and show her she can trust some humans, nurse her for five years and then find the courage to release her back to the wild where she belongs. Or the Craig family at LEWA in the Rift Valley, who are one of the reasons why we have any rhinos left on Earth, only in sanctuaries, being guarded 24 hours a day 7 days a week. And Nick Brandt with Big Life Africa who uses his stunning photographs to create and fund a group that protects and guards the animals of the Amboseli National Park.

I get to meet the Bastards (yes, that is their unfortunate name) who began the eco-camp Sarara after seeing a family of elephants massacred for their ivory and vowing to do what they can to stop this. I will meet the IFAW team in Amboseli who work in China to try and affect the consumer’s heart in the market place that drives this heinous business, with Interpol to arrest the local traders, with the national parks to secure more land and migration corridors so nature can be and do as the beloved force of nature intended. And I get to correspond with the world’s leading scientist on elephants in Amboseli, Cynthia Moss, who has been watching True Blood in her tent, where she’s spent most of her life for the last forty years … AND she is a Pam fan!

So while I am very tired — I have no schooling or papers to be a filmmaker and I’ve put so much of my time, energy and resources in to this, I am so very excited to see and meet the elephants and rhinos that I dream will some day be safe and the heroes who work daily and can make this happen if and only if more of us work together. Maybe I can help bring more of us together? Maybe, just maybe, I can do something? That thought makes this all worth it. I’d rather have elephants safe than anything my money can buy, anyway.

If you are moved by the plight of the rhinos and elephants and want to help me do something please check out my Kickstarter campaign. I cannot do this alone, any more than the caring people in Kenya can. The elephants and rhinos need us — all of us. Please help me give the people who can protect them a larger voice. It will be appreciated more than you can ever know.

From Resource Curse to Blessing 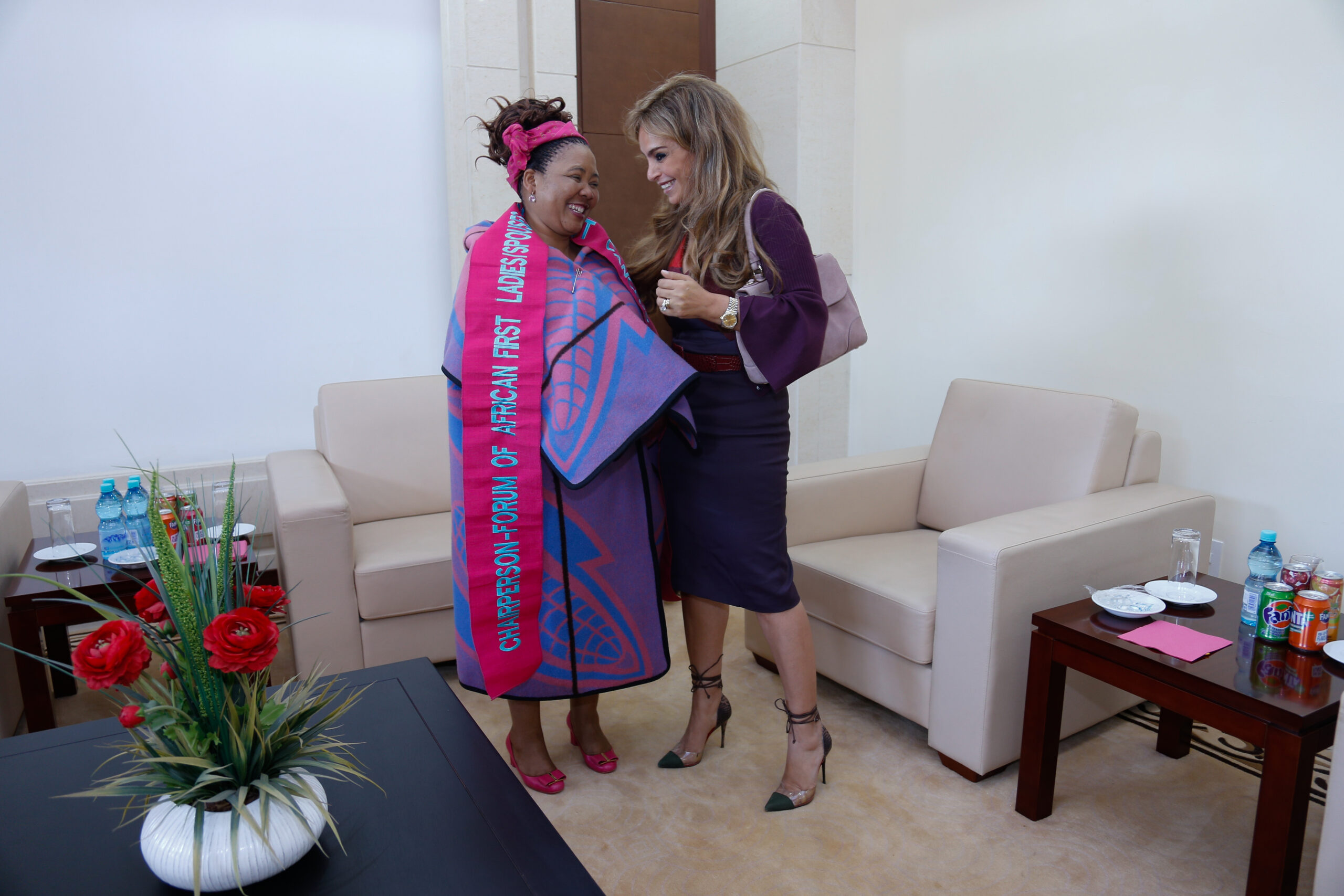