The choice of Kenya as the location for International Business Machines (IBMs) first research laboratory in Africa is raising fears that Nigeria is being left behind with regard to Information and Communication Technology (ICT) development.

When IBM, the $230 billion American Information Technology (IT) and Software Company sought a spot in Africa to build its new research centre, it didn’t pick Nigeria with its 168 million people and $270 billion economy.

It chose Kenya instead, a country whose economy at $34 billion, is about the size of Lagos (Nigeria’s commercial capital), and has a population seven times smaller than Nigeria’s.

IBM, with an annual research budget of $6.5 billion, runs similar research facilities in 11 other countries, but this is the first in Africa.

The new research centre project announced last week, is a joint venture between the Kenyan government’s ICT Board and IBM, with each contributing $10 million of funding over the next five years.

For stakeholders, this highlights the risk that Nigeria may be falling behind peer countries such as South Africa, Kenya and Egypt in IT, software development and skilled ICT manpower development.

“In terms of education we are behind. Kenya’s tech scene did not just explode over-night, they had it coming,” Francis Onwumere, a Nigerian developer at Digital Craft Studios, the company behind prowork project management application that makes team collaboration easy, said.

“They invested in competence and they are reaping the benefits.”

The choice of Kenya (which aims to be an IT hub in Africa) by IBM did not come by accident, as the country has been an incubator for software development and has plans to build its own Silicon Valley, called Konza, a 5,000-acre site which will eventually be a cluster of technology companies plus a university.

Kenya is also a global leader in mobile money, with its award winning MPESA service.

IBM’s Kenya laboratory will seek to develop technology-assisted solutions to the problems of Africa’s fast-growing cities (Africa has 52 cities of more than a million people — more than are in Europe).

Lab-location decisions are based mainly on the lure of “smart people and real-world problems and opportunities,” said John E. Kelly, I.B.M.’s senior vice president for research.

In addition, it will be the center for a “resident scientist programme,” which will bring in researchers from Nairobi and elsewhere in Africa to collaborate with I.B.M. scientists.

Nigeria, which however had high hopes of becoming a hub for ICT in Africa, seems to be under performing, and not leveraging on its seeming advantages.

Osamuyi Stewart, (a Nigerian) services strategy manager for IBM said, “Other African governments are beginning to formulate plans, but Kenya is very advanced – they were ready for this in terms of know-how.”

Nigeria has the most internet users in Africa with 44 million users, 54 percent of which is mobile browsing according to data from international telecommunications union (ITU).

There were about 2.4 million Blackberry devices in the country’s four GSM networks MTN, Globacom, Airtel and Etisalat, as at December 2011, up from about 925,000 about a year ago.

The country however ranks low on major ICT indices. In the 2010 – 2011Global Information Technology Report, Nigeria ranks 104 out of 138 countries in terms of network readiness.

The Abuja Technology Village which was conceptualised in 2004 and expected to cost $400 million to create “Africa’s preferred technology research, incubation, development, and outsourcing destination,” is only 55 percent complete some eight years later.

The Special Adviser to the Federal Capital Territory (FCT) Minister on Project Implementation and Monitoring, Ajah Nwabueze Igwe, expressed worry over the slow pace of work on the Abuja Technology Village project, during an inspection visit to the site in February 2012.

Nigeria’s pioneer ICT Minister, Omobola Johnson, who is well regarded as competent for the job, and was s former Country Director of Accenture, a global management consulting and technology services firm, is certainly aware of the challenge.

“The poor ranking of Nigeria in the Global competitive index underscores the magnitude of the task…The challenge for the nation is to improve significantly her ratings in all spheres of knowledge- based economies,” Johnson said at an ICT conference in Georgia, USA, earlier in March.

ICT enhances productivity growth and business performance. According to the World Bank, every 10 percent of incremental broadband penetration will result in a 1.38 percent Gross Domestic Product (GDP) growth rate. 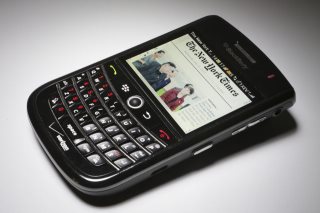