Coups in Mali and Guinea-Bissau, democratic defence in Senegal

In May, Said Djinnit, head of the UN Office for West Africa (UNOWA), briefed Security Council members on what he saw as a disquieting trend in West Africa. During the

preceding two months, Mr. Djinnit told council members, military coups had aborted preparations for democratic elections in Mali and Guinea-Bissau. Senegal, where his office is based, just managed to escape a violent turn. Electoral violence in Nigeria in April 2011 caused the deaths of more than a thousand people, while terrorist violence — led by an Islamist group called Boko Haram — has since escalated, leading to many more deaths and destruction in the country.

Also last year, a simmering civil war in Côte d’Ivoire was reignited after the incumbent president, Laurent Gbagbo, refused to honour an electoral verdict against him. In fact, over the past year, Africa has experienced eight such unconstitutional or extra-constitutional attempts to change governments or to hold on to power, and some have been successful. Something must be done to tamp down this trend, Mr. Djinnit told council members.

Because of West Africa’s past experience with coups and civil wars, it was inevitable that the latest developments would induce strong anxieties. Yet for the past 10 years, elections and peaceful changes of government were becoming more the norm. Some of the region’s long-lasting wars, like those in Sierra Leone and Liberia, were ended, and democratic elections brought in more capable governments.

That Africa as a whole is becoming more democratic, stable and prosperous as a result of frequent elections was celebrated even by the mildly “Afro-pessimist” London magazine The Economist. In July 2010 it commented, “Only a decade ago countries such as Sierra Leone and Liberia were bywords for anarchy and bloodshed. Now their people vote enthusiastically. It will be hard even for dictators to take that right away altogether, for the experience of elections, even flawed ones, seems to help embed democracy.”

In February 2009, following coups in Mauritania and Guinea and an attempted coup in Guinea-Bissau, the African Union (AU) enunciated a policy of zero tolerance for all coups. It condemned the “resurgence of the scourge of coups d’état in Africa” and declared that it will never recognize a government that comes to power unconstitutionally, a position later endorsed by the UN Security Council.

Mr. Djinnit’s alarm and the swift condemnation of the coups in Mali and Guinea-Bissau — first by the Economic Community of West African States (ECOWAS), then by the AU and the Security Council — were therefore predictable. Yet the manner in which these developments have played out suggests a complicated picture.

Guinea-Bissau has been an exception to the overall trend of democratization in West Africa: the country has experienced five military coups in the past decade, and no elected president has served out his term. So when soldiers seized power on 12 April and imprisoned interim President Raimundo Pereira, Prime Minister Carlos Gomes Junior and several other senior officials, aborting preparations for a run-off presidential election, the move did not come as a particular shock.

Mali, however, was a celebrated case of democratic awakening in West Africa, so the events there did take many by surprise. On 22 March, soldiers led by a young officer named Amadou Sanogo abandoned a faltering campaign against Tuareg rebels in the north of the country and seized power from President Amadou Toumani Touré. ECOWAS promptly condemned the coup and imposed financial and other sanctions on Mali.

This was not simply a case of the military going awry: external factors clearly played a decisive role in the turn of events. The problem had to do with the resulting return to Mali

of tens of thousands of migrants, including a few thousand heavily armed and battle-hardened Tuareg fighters who had fled Libya following the overthrow of the dictator Muammar al-Qaddafi. These fighters gave new potency to the few and largely contained Tuareg separatists in northern Mali, leading to the rebels’ capture of the three northern regions of Gao, Kidal and Timbuktu and a proclamation of secession from southern Mali.

There are wider implications for the region, beyond Mali itself. A report by a UN inter-agency mission to the Sahel in January to assess the impact of the return of about 420,000 migrant workers to Mali, Niger and Mauritania predicted broader instability. The mission found that Libyan small arms, explosives, rocket-propelled grenades and small-calibre anti-aircraft cannons mounted on pick-ups were finding their way into the hands of diverse separatists and other rebels. Groups like Al-Qaeda in the Islamic Maghreb (AQIM) and Nigeria’s Boko Haram were already flocking to Mali in mid-2011. Many parts of Mali, Niger, Mauritania and Chad have been overwhelmed by the returnees from Libya, 95 per cent of whom are male, poorly educated, aged 20-40 and embittered. AQIM was providing relief for some of the returnees, facilitating potential recruitment and popular support, the mission was told.

According to the mission, the most advanced of the measures adopted to deal with these problems were probably those taken under Mali’s Special Programme for Peace, Security and Development in the North, a pet project of President Touré, although there were local concerns about poor management. Barely two months after the report was issued, the coup took place, and Mr. Touré later fled to Senegal.

When Mr. Touré arrived in Senegal in April as a refugee, the scene was steeped in pathos. Less than two months earlier, Mali, with the dignified Mr. Touré presiding over an electoral process in which he was not participating, seemed to stand taller than Senegal, which was then deep in a morass created by its fumbling president.

Senegal has been a constitutional democracy since it gained independence from France in 1960, and has suffered no coup or serious political upheaval. This would suggest that elections had become routine. However, President Abdoulaye Wade, who came to power in 2000 and was already in his eighties, introduced a new constitution. The Constitutional Court issued a curious legal judgment permitting Mr. Wade to run for a third term, maintaining that since the constitution was new, his first term could not be counted. The argument had a narrowly legalistic logic that was lost on most Senegalese. All they knew was that the constitution said the president should not serve more than two terms, and Mr. Wade had already served two.

There were mass protests, leading to burned public buildings and several deaths. Senegalese — and the world — prepared for the worst. But when the elections finally came in February, Mr. Wade secured only 34.8 per cent in the first round. In the run-off the following month, he was crushed by 51-year old Macky Sall, who had previously served as his prime minister. Following his humiliating rebuff, Mr. Wade handed power over to Mr. Sall.

What accounted for the different outcomes in Mali and Senegal? First, of course, was the spreading rebellion in Mali, bolstered by Libyan arms. Also important is that the two countries have rather different historical experiences, with electoral institutions and a democratic culture much stronger in Senegal than in Mali. In fact, the four communes of the French colony of Senegal enjoyed a remarkable democratic franchise dating back to the 19th century. History does matter.

Yet Senegal’s democratic traditions did not prevent pre-election tensions and violence, suggesting that even reasonably strong democratic systems in the region are vulnerable. Vulnerable to what? In all the cases cited, elections were either taking place or approaching.

Are elections becoming, as the UK political scientist and Africa expert Dennis Austin suggests, a “spur to violence” in the fragile democracies of West Africa? Competitive politics, while attractive, clearly add depth to the sense of division in diverse societies, since there is a strong temptation for rogue leaders to exploit ethnic and other fault lines. The problem is that there seems to be no better alternative.

A June report by the New York–based International Peace Institute on “Elections and Stability in West Africa” recommends a creative approach to electoral assistance. It suggests that external electoral assistance be integrated within a broader conflict-prevention strategy that gives attention to the political aspects of the electoral process, as well as the technical ones.

Safeguarding elections, in other words, should be seen as just one component of a longer-term commitment to building democracy. Also important are the growing calls on the international community to stand firm in not recognizing any coup, as espoused by the African Union. 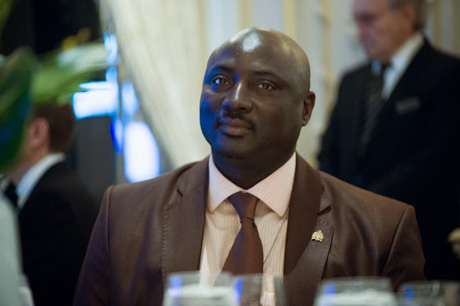 ECOMIG is a stabilising force in The Gambia – Foreign Minister Tangara