iROKING, the largest, legal distributor of Nigerian music, announces that it has 100,000 subscribers in just seven months.  iROKING is Africa’s number one music platform and allows free, easy and legal access to lovers of Nigerian and Ghanaian music.

Launched in January 2012, iROKING was developed by the owners of online Nollywood-sensation iROKOtv, as a means of showcasing the very best of African music. iROKING is the only African music platform that is accessible anywhere in the world and on a number of devices, including the iOS, Android, Windows and Symbian (Nokia) mobile handsets. The application allows access to thousands of the latest Nigerian tracks and streams songs over Wifi or 3G. iROKING also manages over 80 YouTube artists pages for Nigerian stars that have seen over 100,000,000 views in the past 12 months, averaging 15 million hits each month.

Michael Ugwu, CEO of iROKING says: “iROKING is all about helping African artists and their fans connect with each other. iROKING came onto the scene to improve the channels for Nigerian artists to reach their fans, generating additional revenue for them and therefore helping to fuel the musical ecosystem. This is a revolutionary approach to streaming Nigerian music, hopefully one that will grow. We are also bridging the global publishing & distribution gap directly to platforms such as iTunes and Amazon, as we are a local partner who can publish work on behalf of the artists.

“The raw musical talent in Nigeria is out there. For us, we just wanted to build a simple, beautiful platform that showcases the artists and their work. What we’ve done with iROKING is bring awesome Nigerian music to the rest of the world; whether it’s on a computer, tablet or smart phone, iROKING is Nigerian music anytime, anywhere.”

Since its launch iROKING now boasts over 200 recording artists and 35,000 tracks in its catalogue. iROKING’s biggest stars include Bez, 2face, Bracket, Flavour, Omawumi, Timaya, Djinee, Duncan Mighty – more are signing up every day. Bez, who was the first African artists to premier a music video on BET says: “iROKING is changing the entire landscape of Nigeria’s music scene – giving power to the artists and also giving music lovers what they want – easy access to the incredible music that’s being produced right here in Nigeria. I’m loving what iROKING is doing for the industry and look forward to the first million registered users, which I’m sure can’t be far away.”

iROKING users can create their own exclusive playlists,  tag their favourite tracks, search by genre/artist and even click through to iROKING-managed YouTube channels to see the latest music videos.

Check out what some of the iROKING-signed artists think of this milestone of 100,000 registered users on the official iROKING YouTube channel

Egypt on a landmark journey to put children first 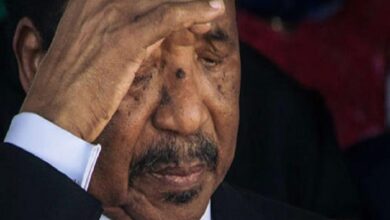