ADDIS ABABA –  Ethiopia is grieving the loss of Prime Minister Meles Zenawi.  The passing of Ethiopia’s leader saddens the country’s citizens.Everybody in Ethiopia was talking about Tuesday.

Many people in the capital, Addis Ababa, had kind words to say about Meles, who led the country for more than two decades.

A woman in her 20s, who declined to give her name, said his death is a sad event for Ethiopia.

“We are in a time of great grief and the loss of Meles Zenawi is very sad for our country because he was a great leader and my thought and prayers are with his family,” she said. “And may God give them relief in this sad time.“

A middle-aged man, who also declined to give his name, said he hoped Ethiopia’s new leaders will continue with Meles’ policies.

“In the future, I have faith and hope that we will continue on the path that he has set out for us,” he said. “Meles passed away too soon, without finishing all the work he was working on.  And I really believe that the future leaders of this country will continue on this path towards development for Ethiopia.”

A woman named Biseat said Meles did much to improve the country’s economy, while giving an Ethiopia a prominent role in East African affairs.

“I think that the passing of our prime minister, his Excellency Meles Zenawi is going to have long lasting implications for peace and security in the region,” said Biseat. “He also was a torchbearer for publicizing Ethiopian development and economic stability.  Under his rule we have had enormous amounts of progress and also enormous amounts of foreign direct investments.“

But there are also some Ethiopians that believe that the death of Prime Minister Meles may be an opportunity for more democracy in the country.

By the time of his death, Meles’s party and its allies controlled all but one seat in the Ethiopian parliament.

A man identified himself as Endalk, a university teacher said, “We expect people to be well aware of this situation and take the opportunity to liberate themselves from worshipping dictators and other.  So I honestly this is a truly good opportunity for Ethiopians to start true democratic transition.”

The body of Meles is expected to arrive in Ethiopia on Tuesday night.  No details have been announced on the funeral.

Chairman of TPLF and Ethiopian Peoples Revolutionary Democratic Front since 1989

Led EPRDF rebels to seize power in 1991 and became president

Prime minister since being elected in 1995

Praised for helping lift Ethiopia out of poverty after civil war

Criticized for silencing all forms of dissent

Known as ally with U.S. against terrorism

He is the first Protestant Christian head of government in the history of Ethiopia, and one of few southern region politicians in the Cabinet.

The party’s congress promoted Mr. Hailemariam to deputy chair of the party a few weeks later.

Mr. Hailemariam became seriously involved in politics in the late 1990s as a member of Ethiopia’s ruling party. He also became the deputy president of Ethiopia’s Southern Nations, Nationalities and People’s Region , replacing Abate Kisho who was removed on corruption charges.

The acting prime minister’s education is in civil engineering.

He is expected to take the oath as prime minister in the coming days. It is not clear if he will remain in power until the next elections in 2015. 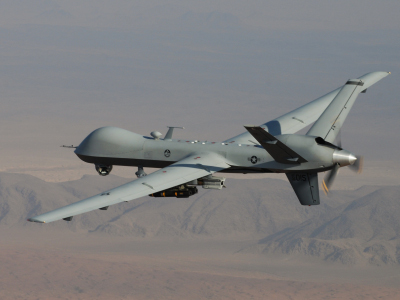 US military to move Niger UAV base