LONDON (Reuters) – Britain’s Olympics Minister Hugh Robertson encouraged African nations to bid to host the 2024 Olympics, saying on Saturday the Games should not be the preserve of Western nations and the rich.

South Africa burst onto the international sports scene in 2010 when it hosted the soccer World Cup, and the continent’s runners dominate long-distance events.

But an African nation has yet to host the Olympics.

“I am a firm believer that the Olympics should not just be restricted to western Europe, to the Americas, to the prosperous nations of the Far East,” Robertson told Reuters at a National Olympic Committees of Africa event.

“That’s one of the most exciting things about Rio (the 2016 Olympic host city). And I would very much like to see the Olympics in future years go to the continent of Africa.”

No African city is on the shortlist to host 2020, the winner of which is due to be announced in 2013, after the few who proposed making a bid failed to follow through.

But Casablanca, in Morocco; Durban, in South Africa; and Alexandria, in Egypt, are being touted as possible bidders for 2024.

“I very much hope that African nations will bid in 2024,” Robertson said at the Africa Village hospitality and cultural arena, in London’s Hyde Park.

“I think it is really good for the Olympics to be spread out around the world, that the Olympic values should travel as far as possible. I would absolutely like to see that happen on the continent of Africa.”

He welcomed the participation of South Sudan marathon runner Guor Marial who will compete in the marathon under the Olympic flag.

South Sudan, the world’s newest country which was recognised only last year, has not yet established a national Olympic Committee and so was not able to send a team to the Games.

“You want as many people competing as possible from as many different nations,” Robertson said.

“And South Sudan is now independent, so I’m delighted they’ve got representation here, and it will be under their own flag soon, won’t it.”

Ethiopian IOC member Dagmawit Girmay Berhane said the Olympics would come to Africa eventually, it was just a matter of when, helped by a bit of extra resources, infrastructure, political commitment and creativity.

“In my local language there is one word which says ‘yechalal’, and it literally means ‘yes, it can be’,” she said, still smiling from Ethiopian Tirunesh Dibaba’s successful defence of her Olympic 10,000 metre title.

“So no matter how long it takes, I am sure it will happen.

“We have the athletes, we have the passion. We love the sports.”

The only thing lacking was the infrastructure – but the cost of the Games would be outweighed by its value, she said.

“The value is more than monetary value,” she told Reuters.

“We have the will, we have the volunteers, we have the spirit, it is the resources. Resources and infrastructure, we need political commitment and we need the creativity.

“I think there is a generation looking forward to it, and it will touch a generation in terms of a dream come true.”

South Sudan: Preserving Economic Progress in the Face of COVID-19 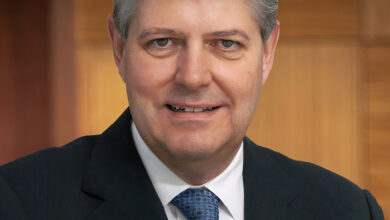