President Jacob Zuma has for the first time in a long while spoken candidly about major policy issues facing South Africa, including the controversial calls to nationalise the

mines in one of the world’s major producers of precious minerals, such as gold and platinum.

When I met President Jacob Zuma at his official Mahlamba Ndlopfu residence in the capital, Pretoria, he looked calm and confident after last week’s policy conference storm.

Before we could talk about the details of the most contentious policy deliberation by the more than 3,500 African National Congress delegates, we had to clear the air about what actually transpired in some of the closed sessions.

There were newspaper reports saying the plenary descended into chaos with fist fights. I put it to the 70-year-old President Jacob Zuma that the conference was at some point characterized by chaos and physical fighting.

His response couldn’t have been more different: “This was one of the most disciplined conferences we’ve had,” he said.

Far from the truth he said – he explained that it was just one delegate who was overzealous and had tried to grab the microphone from a fellow provincial delegate.

Mr Zuma said that the delegate was disciplined immediately and kicked out of the conference.

Before the bright television lights started to heat the tastefully decorated lounge, I sought clarification from the president of the 100-year-old ANC, nationalization of mines – did they adopt it as a policy or not?

Again, Mr Zuma was emphatic – it was raised and discussed extensively but in the end it was not adopted and as far as he can tell, it will not happen even at the elective conference in Magaung later this year.

On land reform – will South Africa expropriate land without compensation?

With slight excitement in his eyes, the president sat up from the stately couch and said rather enthusiastically: “No, it will be with compensation. We must do this within the framework of the law and within the constitution.” I then asked about the complex “willing-buyer willing-seller” principle – what are you going to replace it with?

He said the government is planning to set up a land management commission to look into possible solutions.

Mr Zuma reiterated his unwavering support for his ex-wife and former Foreign Minister Nkosazana Dlamini-Zuma to head the African Union.

He highlighted the point that colleagues in the continent know that the Southern Africa Development Community hasn’t had the chance to occupy the most senior role in the AU’s headquarters in Addis Ababa.

Perhaps sensing a possible defeat, Mr Zuma wouldn’t commit to give me an out-of-10 score about Ms Dlamini-Zuma’s realistic chances of getting the top job.

The president said he forgives the artist and the gallery owner who were at the centre of the controversial painting The Spear which depicted Jacob Zuma with his genitals exposed.

He said he harboured no ill-feelings toward them. “None at all”

When asked whether he would want to run for a second term, he said if the ANC decides to change him, he will be part of that decision and if they want him to continue he will heed their call. Clearly he is determined to continue at the helm. This means the stage is set for a showdown with his deputy Kgalema Motlanthe, who is the preferred candidate of the ANC Youth League, which helped propel Mr Zuma to power in 2009.

Mr Zuma spent 10 years in prison with Nelson Mandela on Robben Island and sacrificed his own education fighting to end apartheid.

The question is – can he lead South Africa for a second term or is he a one-term president?

How mobile puts business at the tip of Africa’s fingers

Meet the Collective for the Renewal of Africa (CORA), the Pan-African Collective seeking to restore Africa’s Intellectual freedom 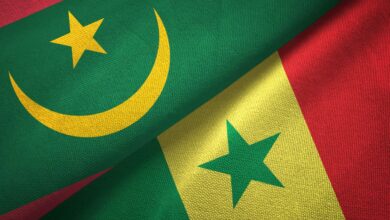