The Obama Administration needs to re-focus its strategies to Africa.

Like the independence, Africa leaders, who opted for nationalizing their economies undermining the private sector, the American government is also focusing on software elements, which cannot ensure economic growth.
The President made these observations while meeting a delegation from the Obama Administration on the sidelines of the African Union Summit in Addis Ababa recently.
The delegation included; Michael Froman, who is President Obama’s Assistant and also Deputy National Security Advisor; Mr. Johnnie Carson, Assistant Secretary of State for African Affairs; Ambassador Mike Barrow and Cicely Smith.
President Museveni told the delegation that the Administration focuses on what he termed soft-ware instead of hard-ware factors.
He explained that Africa needs to overcome hardware factors, register economic growth that can generate funds to finance the soft-ware bottlenecks.
President Yoweri Museveni said that many African leaders were impressed by the rapid growth of the former Soviet Union which had transformed from a feudal state into a super power within a very short time without considering the important economic factors.
On the other hand, Mr. Museveni pointed out that countries like South Korea accessed large markets and registered strong economic growth and is an economic power.
He explained that Africa is stagnating because of the conflicting but unproven solutions that have been applied to the continent and the fact that Africans can survive easily.
“Even a fool can survive in Africa which is not possible on other continents”, he said, adding that “Africa’s problem is not over-population because the continent can accommodate more people. What is important is the spacing of the children for the safety of the mothers. The continent can accommodate more people.”
“A lot of time has been wasted on clichés such as Africa needs good governance, foreign aid. These are important but do not lead to economic growth”, he said. The President added that because the software factors cannot be sustained by the African countries, financing them is dependent on foreign aid through NGOs.
“In order to sustain good governance, he said, there is need for heavy investments in the hardware factors, such as construction of more dams to generate reliable and cheap energy, heavy investment in the private sector, construction of modern roads in partnership with government or those that can generate funding for the private investors and modern railway lines.”
Mr. Museveni stressed that there is also need to invest in technology that can ease the transportation of goods. “Technology is needed in the screening of containers, we can also have inter-state inspection at the ports and documentation so that goods move from country to country very quickly”, he said.
The President said that funding should also be invested in health services and education to have a skilled labour group that can work in industries.
Citing Uganda as example, President Museveni said that his government would have done more but time was wasted on debating the need for power with international financiers and the World Bank.
Mr. Museveni dismissed the linkage between economic growth and good governance saying that many African countries that have not had political instability are as backward as those that have gone through instability.
This, he said, means that stability must be linked to industrialization and access to both domestic and local markets.
He defended the retention of the AGOA arrangement saying that it has helped some African countries which had the basics in place.
For example, Mr. Museveni said, South Africa is selling cars to USA and other countries like Kenya. In Uganda, he said, that the country has also benefited.

'Peeling back the mask: A quest for justice in Kenya', a Kenyan political thriller starring sleaze, scandal and spin 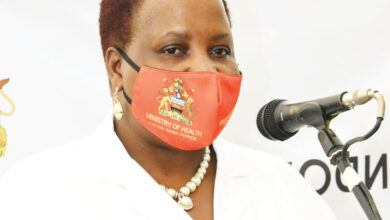