HARARE, Zimbabwe — When Roger Boka started his auction business in the 1990s, this city’s tobacco trading floors were hushed places, save the mellifluous patter of the auctioneer. A handful of white farmers, each selling hundreds of bales of tobacco, arrived in sport utility vehicles, checking into the city’s best hotels while waiting for their big checks to be cut.

During this year’s auction season, a very different scene unfolded underneath the cavernous roof of the Bock Tobacco Auction Floors. Each day, hundreds of farmers arrived in minibuses and on the backs of pickup trucks, many with wives and children in tow. They camped in open fields nearby and swarmed to the cacophonous floor to sell their crop. The place was lively and crowded; two women gave birth on the auction floor. The most obvious difference, though, was the color of their faces: every single one of them was black.

“You used to only see white faces here,” said Rudo Boka, Mr. Boka’s daughter, who now runs the family business. “Now it is for everybody. It is a beautiful sight.”

Before Zimbabwe’s government began the violent and chaotic seizure of white-owned farms in 2000, fewer than 2,000 farmers were growing tobacco, the country’s most lucrative crop, and most were white. Today, 60,000 farmers grow tobacco here, the vast majority of them black and many of them working small plots that were allotted to them in the land upheavals. Most had no tobacco farming experience yet managed to produce a hefty crop, rebounding from a low of 105 million pounds in 2008 to more than 330 million pounds this year.

The success of these small-scale farmers has led some experts to reassess the legacy of Zimbabwe’s forced land redistribution, even as they condemn its violence and destruction.

The takeover of white commercial farms was a disaster for Zimbabwe on many levels. It undermined one of Africa’s sturdiest economies, and as growth contracted and its currency became worthless because of hyperinflation, joblessness and hunger grew. Large chunks of land were handed to cronies of President Robert Mugabe, many of whom did not farm them. It spurred a political crisis and violent reprisals by the security forces that have killed hundreds of people. Yields on food and cash crops plummeted.

But amid that pain, tens of thousands of people got small farm plots under land reform, and in recent years many of these new farmers overcame early struggles to fare pretty well. With little choice but to work the land, the small-scale farmers have made a go of it, producing yields that do not match those of the white farmers whose land they were given, but are far from the disaster many anticipated, some analysts and scholars say.

“We cannot make excuses for the way it was carried out,” said Ian Scoones, an expert on farming at the University of Sussex who has been intensively studying land reform in Zimbabwe for the past decade. “But there are many myths that have taken hold — that land reform has been an unmitigated disaster, that all the land has been taken over by cronies in the ruling party, that the whole thing has been a huge mess. It has not. Nor has it been a roaring success.”

The result has been a broad, if painful, shift of wealth in agriculture from white commercial growers on huge farms to black farmers on much smaller plots of land. Last year, these farmers shared $400 million worth of tobacco, according to the African Institute for Agrarian Studies, earning on average $6,000 each, a vast sum to most Zimbabweans.

“The money that was shared between 1,500 large-scale growers is now shared with 58,000 growers, most of them small scale,” said Andrew Matibiri, the director of Zimbabwe’s Tobacco Industry and Marketing Board. “That is a major change in the country.”

The new farmers are receiving virtually no assistance from the government, which for years poured money into larger farms given to politically connected elites.

Instead, farmers are getting help from the tobacco industry, in the form of loans, advances and training. It is in Ms. Boka’s interest to revive the industry, so the company has invested heavily in helping farmers improve the yields and quality.

Tobacco is a tricky crop, requiring precise application of fertilizer and careful reaping. It must then be cured and graded properly to fetch a top price.

Recently, Alex Vokoto, head of public relations at the auction house, spotted several bales of desirable tobacco leaves cured to a honey color on the floor, and hustled the man who grew them, Stuart Mhavei, into the V.I.P. lounge for a cup of coffee and a chat.

“This man is growing top-quality tobacco, and he has only been at it for three years,” Mr. Vokoto said.

Mr. Mhavei, a 40-year-old tile layer, got a small piece of a tobacco farm several years ago in the town of Centenary in central Mashonaland, about 80 miles from Harare.

“All the big guys who got land, they are doing nothing,” Mr. Vokoto said. “But these small guys are working hard and really producing.”

Mr. Mhavei has steadily increased his yield, quality and income. So far this season, he has earned more than $10,000 on part of a vast farm that once belonged to a white family, investing the profits in a truck to transport his tobacco, as well as renting the truck to other farmers.

Mr. Mhavei said that like many of the other people who got land, he supports Mr. Mugabe and his party, ZANU-PF.

“Why should one white man have all this?” he asked, sweeping an arm across the lush, rolling farmland around his fields. “This is Zimbabwe. Black people must come first.”

Charles Taffs, president of the Commercial Farmers Union, said that the industry could have been transformed to include more black farmers in a much less destructive way.

“The tragedy with tobacco is that expansion, if they had the right policies, could have been done in the 1990s in conjunction with the commercial sector,” Mr. Taffs said. Instead, hundreds of thousands of workers have lost their jobs and the country has suffered huge economic losses as a result.

The personal cost for white commercial farmers has been immense. One white tobacco farmer in northern Zimbabwe whose family purchased its land after independence described the slow, painful erosion of his family’s livelihood.

“Now that we are down to less than 200 hectares, there isn’t enough income to support everyone,” said the farmer, who asked not to be identified because he feared seizure of even more land if he spoke out. A plot of 200 hectares is less than 500 acres.

His brother had to leave the farm to find work elsewhere, and his own future was deeply uncertain. The farm employs far fewer workers. Yields are down since critical investments in irrigation and other infrastructure have been put off, he said.

“We are Zimbabweans,” the farmer said. “We employ people, and take care of our workers. It is really painful to see this happening to our country.”

The tobacco yield is still below its peak in 2000, when the crop hit 522 million pounds. But Tendai Murisa, a researcher who has studied tobacco farming since land reform, said that judging the success of land reform by looking at production figures misses a crucial point.

“No one ever argued that this is a more productive form of farming,” Mr. Murisa said. “But does it share wealth more equitably? Does it give people a sense of dignity and ownership? Those things have value, too.”

*Source www.nytimes.com. A version of this article appeared in print on July 21, 2012, on page A1 of the New York edition with the headline: In Zimbabwe Land Takeover, a Golden Lining.

The U.S. And Egypt Understand Each Other Better Than You'd Think 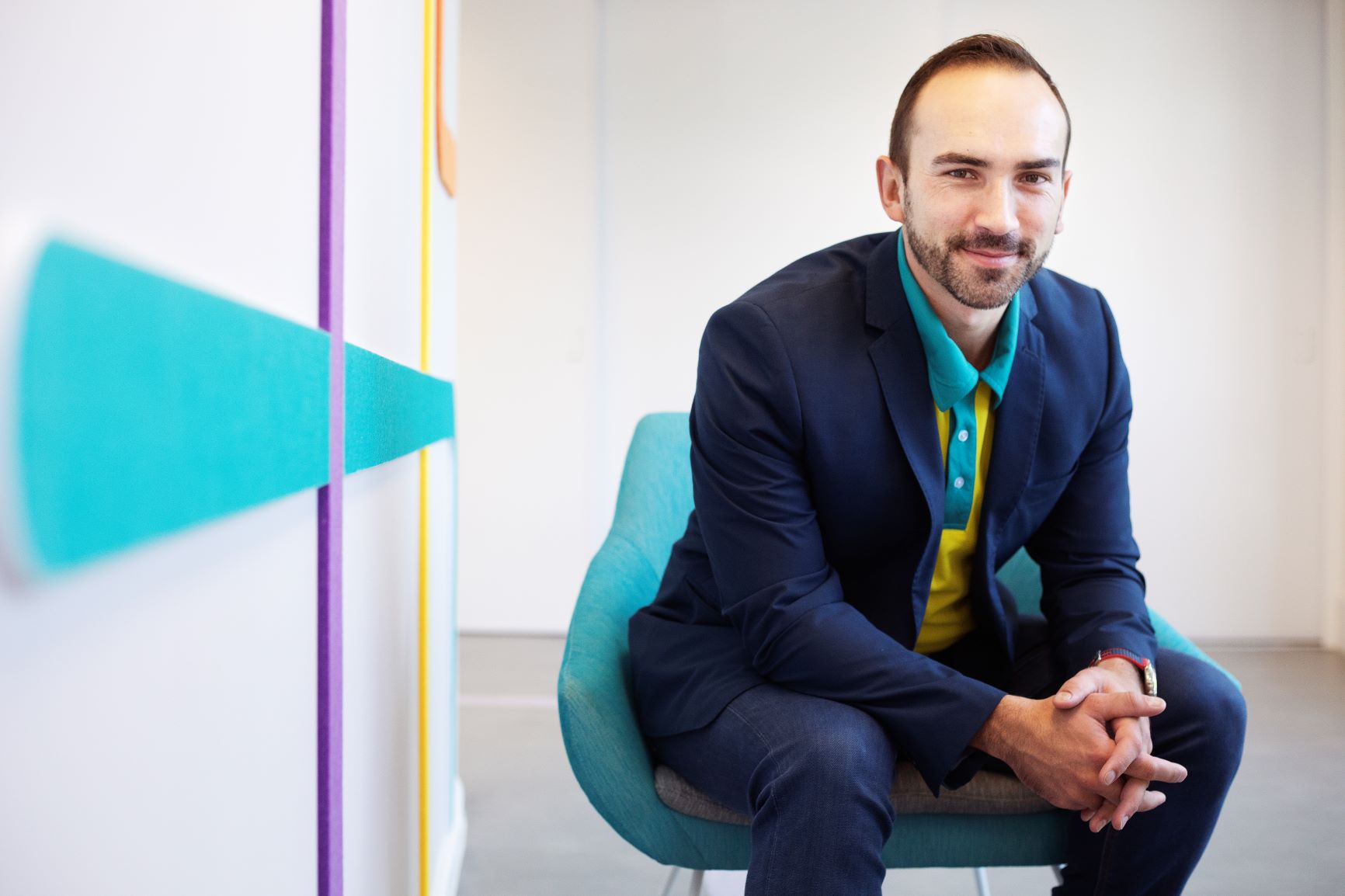 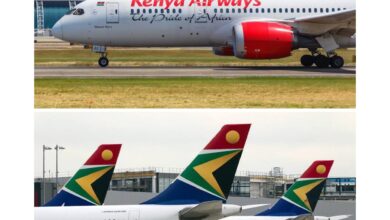