By By Obed Boafo*

She becomes the first African to hold the position since the establishment of the ICC some ten years ago. The ICC’s mandate is to prosecute individuals for genocide crimes against humanity, war crimes, and the crime of aggression.

Bensouda’s accession is, and will for years to come be a significant representation not only for her as a person but for the continent she comes from, and where she learnt the ropes of becoming a good Lawyer – Africa.

Her rise to the position comes at a time when the ICC is facing a lot of pressure from the African Union for what the union feels, is the international court’s lack of even-handedness in dealing with cases from the region, and how the ICC can do a lot to prove its innocence over claims of selective justice perceived by some of member states of the AU.

It is a very difficult subject that puts Bensouda in a very tough and tight corner. Over the next few days at post, a lot of eyes will be on her, ostensibly to gauge how she will respond directly or indirectly to the concerns of the Africa Union, and sections of civil society, on calls for the ICC to be fair in dealing with all subjects.

But the ICC’s critics may also admit that the call for a fair and balanced court at that highest point of international geopolitics go way beyond the doorstep of Bensouda, as it usually takes more than just the effort of one person at the ICC to take such decisions, to be seen as being fair or not.

“Although many Africans consequently feel that the court is an imperialist vehicle, controlled by the West and intent on undermining sovereignty on the continent, there is also a significant body of thought that Africa should be proud to be at the forefront of international criminal justice.

‘Bensouda needs to use her reportedly excellent diplomatic skills to restore confidence in this perspective, to include the African Union in her decision-making, and to rebuild relations after the ‘patronizing’ tone African leaders accuse her predecessor of adopting,’ says Afua Hirsch, West African correspondent for The Guardian.

But on the flipside, Bensouda knows that she can’t completely do away with that threat, as she will have to somehow, live with it – just as her predecessor and former Argentinean boss Luis Moreno-Ocampo who held the position for close to nine years, did.

There are suggestions that she will be a better Chief Prosecutor than Moreno-Ocampo was, and there are even stretched arguments pointing to a ‘new, fair and more improved ICC under her watch’.

Expectations are high for the Gambian woman who before this appointment was deputy chief prosecutor (since 2004) at the ICC.

Already, she has shot down suggestions she is going in to do Africa’s bidding. The ICC is recognized by some 121 countries, meaning over the time that she is going to be at the helm of affairs, she will have to take very critical decisions that may have to, sit well with each signatory to the statute that established the ICC, and not only the AU.

‘As I begin my tenure, moving forward in consolidating current practices, the office will continue to forge ahead with its investigations and prosecutions,’ she’s said.

‘I am an African and I am very proud of that. But I think it is not because I am an African that I was chosen for this position. I think my track record speaks for myself … I have been endorsed by the African Union, but I am a prosecutor for 121 states parties and this is what I intend to be until the end of my mandate’.

She’s promised to make victims of crime her priority, a call most human rights activist have lauded her for, and will be hoping that she does exactly that.

In the next few days, her most immediate task will be to ‘resolve the standoff with Libya, which placed some ICC envoys in ‘preventive detention’ for 45 days during investigations into alleged threats to Libya’s national security by the former North African leader’s son Saif al-islam, and former spy chief, Abdullah al-Senussi.

Already, this looks like a task half done for Bensouda due to the backing the ICC has received from Human rights groups, who have strongly condemned Libya.

Other challenges such as getting Arab countries to sign up to the Rome Statue that established the ICC, the prosecution of six prominent Kenyan figures for post-election between 2007 and 2008, presiding over the case of Laurent Gbagbo, as well as violations by forces loyal to the ousted Ivorian leader, among a tall list of cases including that of several African countries, would occupy her mind over the next few days as Chief Prosecutor.

Although the challenge ahead looks daunting, it appears the pressure from a good number of civil society institutions including the Human Rights Watch, for the ICC to purge itself from ‘a very dark past’, will spur her on to rise to the occasion.

‘In Syria and other strife-torn countries over the past 10 years, the ICC has come to symbolize the last, best hope for justice,’ said Richard Dicker, International Justice Director at Human Rights Watch.

‘We look to Bensouda’s leadership to advance cases, build bridges with victims, and push countries to support its impartial application of the law to get the job done,’ he adds.

But close aides to Bensouda have said her reputation for controlling calm and sensitivity will put her in good stead to meet the challenges squarely and head-on.

‘Will she wave a magic wand and cure all the difficulties that exist at the ICC at the moment? No. Can she bring positive disposition over time to transforming the polluted atmosphere in which the institution has been operating in Africa? Absolutely,’ says Chidi Odinkalu, Chairman of the Nigerian Human Rights Commission.

‘Fatou brings a different set of skills and temperament from her predecessor and that is a positive thing …Fatou’s accession gives the ICC an opportunity to redeem relationships with victims’ communities, show them that it is capable of caring – she inherits a situation in which the ability to be deeply nuance is needed and if she has those skills, which she seems to, that will be an asset,’ added Odinkalu.

‘Fatou is someone who is ready to listen and provide answers. You can sense that this is a different regime from the past, that she wants to listen, and to have a dialogue,’ says erudite lawyer Alpa Sesay.Changing the way the ICC operates and is perceived some have said, will also mean Bensouda working very hard to ‘restore transparency to the internal and external practices of the ICC’

Part of the reason why Moreno-Ocampo had a difficult time at the ICC appealing to critics some have said, was his poor human relations, and also leadership style that many thought, wasn’t transparent enough especially in the area of decision making.

It is expected that with Bensouda’s considerable experience in national criminal prosecutions, company management and diplomatic work, she would build a workable and well-oiled prosecutions system for launching investigations and issuing arrest warrants, especially in cases where she acts proprio motu – relying on her personal judgment than anybody else’s.

Born in Banjul in 1961 to a Polygamous family, Fatou Bensouda obtained her Bachelor of Law degree from the University of Ife in Nigeria. She later qualified as Barrister-at-Law (BL) from the Nigeria Law School. She also worked as Legal Adviser and Trial Attorney at the International Criminal Tribunal for Rwanda.

She became Gambia’s first expert in international maritime law after acquiring a Master of Laws from the International Maritime Law Institute in Malta, and in December 2011, she became the choice to serve as the next prosecutor of the ICC by consensus. She is a former government civil servant, who served as Solicitor-General of Gambia, as well as Attorney-General and Minister of Justice, advising both the President and Cabinet of the Gambia.

That task of straightening up ‘things’ in Yahya Jammeh’s Government, was very unpleasant as she had to constantly put up explanations as to why the West African country couldn’t stop the numerous human rights abuses committed by her president.

All that is in the past now, as the 51 year old mother of two, looks to higher heights. 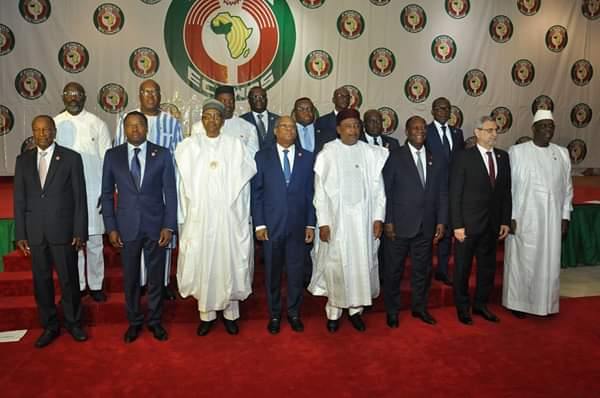