When President Clinton signed the African Growth and Opportunity Act into law in 2000, he ushered in a new era of relations between the U.S. and the countries of Sub-Saharan Africa.

As a result of AGOA, the U.S. engagement on the continent is no longer solely predicated on a donor-recipient relationship, but increasingly one of mutual benefit and gain. Under AGOA, the U.S. became the first country to use trade as a stimulus for economic development and in doing so laid the groundwork for genuine win-win partnerships.

Twelve years later, AGOA continues to be the cornerstone of U.S.-African relations. Forty countries in Sub-Saharan Africa are eligible for AGOA benefits, and 6 of these countries are among the world’s 10 fastest growing economies.

Between 2000 and 2011, AGOA exports from Africa to the U.S. have increased over 500 percent to $53.8 billion. This has resulted in the creation of more than an estimated 300,000 new jobs in Africa, and another 1.5 million indirect jobs that, together, benefit approximately 10 million people. This non-reciprocal trade initiative has contributed to improved political and economic governance in Africa while also being one of the most cost-effective development initiatives the U.S. has undertaken.

At the same time, both the U.S. and African governments have to redouble their efforts to ensure that AGOA’s potential is being fully utilized. While the number of countries exporting non-energy products to the U.S. has doubled over the last ten years, only about 10 percent of AGOA’s 6400 product lines are being utilized.

AGOA is set to expire in 2015 but Secretary of State Hillary Clinton and U.S. Trade Representative Ron Kirk have committed the Obama Administration to a “seamless extension” of the legislation. Most immediately, Congress needs to extend the third country fabric provision, now scheduled to expire on September 30, which enables apparel to enter the US on a cost-competitive basis.

Legislative certainty is one reason that AGOA should be extended for 10 years, until 2025. Not only would this provide the groundwork for a deeper commercial relationship with African nations but it would help American companies become more competitive in the region. In fact, it is beginning to happen. U.S. exports to Africa were up 20 percent between 2010 and 2011 to $21.2 billion. According to the U.S. Department of Commerce, this has supported or created more than 100,000 jobs in the U.S.

With the emergence of Africa’s middle class, similar in size to that of India’s, there is a new commercial vibrancy across the continent, as noted recently by the McKinsey

Global Institute. India, Brazil, Turkey and, of course, China have intensified their commercial relationships with many countries on the continent, providing Africa with a proliferation of commercial partners. At the same time, the Obama Administration’s push to double exports under the National Export Initiative suggests that the African market will increase in importance to the U.S.

AGOA, therefore, is a critical building block for deeper trade and investment ties between the U.S. and Africa. The challenge for all stakeholders is to move forward expeditiously not only to deepen the commercial ties but to do so in a way that generates sustainable and mutual benefits.

* Witney Schneidman is a nonresident fellow at the Africa Growth Initiative at the Brookings Institution and president of Schneidman & Associates International. He also served as Deputy Assistant Secretary of State for African affairs in the Clinton Administration.Article culled from http://clintonfoundation.org

Why cities, not countries, should drive investment decisions in Africa 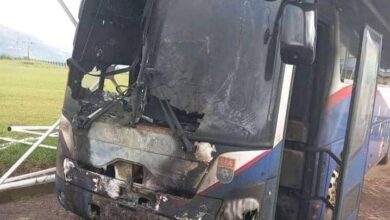