Africa has made its way centre stage in today’s global economy.

The region’s collective economy of more than 50 individual countries barely grew during the last two decades of the 20th Century – but in the late 1990s, the continent began to stir.

Gross domestic product (GDP) growth picked up and then bounded ahead, rising faster and faster through 2008.

A May 2012 International Monetary Fund regional economic outlook report for sub-Saharan Africa refers to “solid trend growth” in the region, noting that regional output rose by 5% in 2011, with a further increase expected by 2012.

The telecom, banking, retail, construction and oil and gas industries are now booming, bringing about a dramatic surge in foreign investment into the region.

Africa received its largest-ever share of global foreign direct investment (FDI) in 2011, according to the 2012 attractiveness survey on Africa conducted by Ernst & Young.

Key to Africa’s future economic growth in all sectors will be increasingly the quantity and quality of the continent’s infrastructure.

We estimate that today African governments and private sources combined are investing about $72bn (£46bn) a year in new infrastructure across the continent, out of which telecom-related infrastructure accounts for $21bn (£13bn).

A recent study entitled Connected World highlights the growing influence of developing markets in the global economy, and shows how critical a robust telecommunications infrastructure is for any country that wants to compete internationally or attract foreign direct investment.

The study revealed that a reliable communications infrastructure is a prerequisite for businesses considering a move into a new emerging market. Four in 10 business leaders globally stated that a lack of a secure communications backbone would prevent them from entering a new market.

These trends underpin the high level of interest in building broadband capacity in the region.

There has been rapid build-up of fibre-optic submarine cables over a short space of time in Africa – such as Seacom in 2009 – connecting South Africa, Mozambique, Tanzania and Kenya to international routes to Europe and Asia.

The Eastern Africa Submarine cable system (Eassy) was completed in 2010, and the West Africa cable system (Wacs) launched May 2012.

April 2012 also saw the launch of a major private sector initiative to build a new Brics cable to link Brazil, Russia, India, China and South Africa to the US.

There is an increasing need for both international and intra-Africa connectivity via submarine cables and cross-border fibre routes, linking businesses in South Africa, Kenya and Nigeria, for example.

The cables enable the high-speed communications infrastructure that is essential for various economic initiatives, lower telecommunications costs between connection points, and offer more secure communications from point to point that would be impossible with third-party cables.

To illustrate, they play an increasingly critical role in Africa’s oil and gas industry, enabling companies in Angola and Nigeria, for example, to bring high-speed Internet to oil rigs and adopt more innovative and connected ways of working.

There is no doubt about the growth potential for broadband in Africa – this is the area to watch given the fact that African governments and private sector are already working to develop the necessary infrastructure to extend connectivity beyond coastal urban centres.

Wireless technology also has a breakthrough role to play in extending broadband coverage to rural areas, boosting service provider revenues while increasing global competitiveness as more people subscribe to broadband at home and at the office while adding another subscription for mobile services.

The proliferation in mobile devices will provide ever more platforms to deliver viable broadband services to customers in developing regions – in Africa, there have been 316 million new mobile phone subscribers since 2000!

Mobile broadband has had an established role in Africa’s infrastructure, with social applications driving the development of broadband services across the continent – the potential for providing everything from education, primary healthcare and banking services using mobile technology is being actively developed across Africa.

If recent trends continue, businesses will position themselves for success through helping to build the Africa of the future.

Global executives and investors cannot afford to ignore the continent’s immense potential and a strategy for Africa must be part of their long-term planning.

By 2040, Africa will be home to one in five of the planet’s young people and will have the world’s largest working-age population.

The rate of returns on foreign investment in Africa is already higher than that for any other developing region.

Wherever your business is in the world, it pays to be ready.

*Claude Sassoulas is the managing director – for Europe and Africa – of Tata Communications, a leading global provider of communications in developing economies, including one of the world’s largest submarine cabling networks.Article culled from BBC Africa Viewpoints 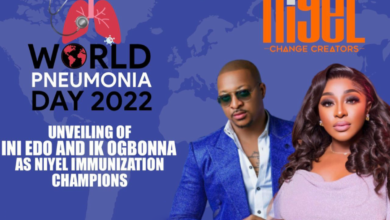