American investment banking and securities firm Goldman Sachs believes that Africa is the place to invest, according to their Fortnightly Thoughts research report released earlier this year.

“We believe meaningful opportunities for Western consumer companies exist as Africa’s household consumption grows rapidly (it is already greater than some of the BRICs) and that failure to invest now will see others rush in,” said the editor of Goldman Sachs’ Fortnightly Thoughts, Hugo Scott-Gall.

But why should investors consider the opportunities in Africa and what are the challenges?

Africa has fallen behind in its development and has some troubling problems such as immense poverty, political instability, corruption and poor infrastructure. For this reason, Africa is often painted as one homogeneous continent. The truth is that African countries – despite having many similar problems – are considerably diverse with different resources contributing to different economies. It is because of this that investment potential varies from one African country to the next, and so do the challenges. However, a common limitation that cannot be ignored is the poor infrastructure that increases the cost and risk of investing in Africa, impeding economic growth.

Scott-Gall acknowledges the developmental movement and growth we are now seeing in Africa and describes it as a “logical sequencing in the world’s economic evolution”. Africa is swimming with precious minerals, and currently supplies 11% of the world’s fuel and mining resources. “Resources have become more scarce, and hence valuable, as more of the world is industrialised and there are more people alive than ever before,” said Scott-Gall. In this sense, the world needs Africa to succeed and Africa needs world investment to do this.

Africa is also being revolutionised by an extraordinary growth in internet and mobile communication. “Important to the speed of consumption growth is the adoption of technology, which is helping Africans skip ahead on the consumer curve, doing so without established public infrastructure in several cases,” said Scott-Gall.

With improvements in governmental competence, political stability and wealth being distributed more evenly than before, Africa is heading in the right direction, and an educated investment today could yield momentous revenue over the next few decades.

So why invest in Africa? Because tomorrow’s Africa is going to be an economic force, according to Goldman Sachs. But what are the reasons for this optimism?

Firstly, it is estimated by Goldman Sachs that Africa will have the largest workforce in the world by the middle of the century. “Demographics are becoming very favourable and will be the envy of the world in 20 years time,” predicts Scott-Gall.

Secondly, Africa has abundant land in a world running out of space, and this gives African countries great potential for agricultural exports. “Africa sits on vast tracts of the world’s uncultivated land and also has a lot of existing agricultural land,” said Scott-Gall. “The world needs Africa to substantially improve its agricultural yields, and we suspect it will require private capital to help it here, along with government support and sponsorship, as has been seen in the BRICs, with Brazil a very good example.”

When it comes to investment, Goldman Sachs believes the best African country to invest in would have “a healthy reserve of diverse resources, and a stable government that not only fairly distributes resource wealth to a young population, but also encourages them to spend it, by investing in infrastructure”. While it may be difficult to find an African economy like this today, it is suggested that this is the direction most African economies are developing.

It is also suggested that investors should look at cities rather than countries as a means of targeting the African consumer. “This could start to make Africa attractive to businesses with more global sourcing, or those targeting the more premium consumer (higher-value categories such as luxury goods, spirits and to a lesser extent personal care),” stated Alexis Colombo, Goldman’s consumer staples analyst. 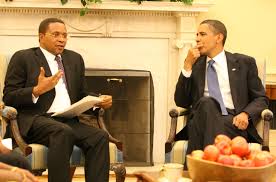