The Boko Haram sect, once a small outfit pledged only on bringing strict Islamic law to northern Nigeria, has in recent months, shown an increasingly militant agenda with the killing of innocent Nigerians. Such wanton killings have continued to attract the attention of well-meaning Nigerians and the international community. In this report, OSBY ISIBOR, examines the rising status of the sect as an enigma and cautions that the threat of its activities including attacks on places of worship, is unlikely to disappear soon.

For the past one year they have been indulging in a cordinated war, killing policemen and people they believed helped the security services in the fight against them. But the violence has taken on a different dimension with recent attacks on churches.

Boko Haram has staged several more audacious attacks on places of worship in different parts of northern Nigeria, signaling that it is far from finished. A place of worship, whether the Church or Mosque is regarded as a place of refuge but unfortunately the reverse is now the case.

People go to worship God and may never come back alive because of the activities of the Boko Haram targeting worship centres. Unfortunately, the Christian worshippers are increasingly bearing the brunt with most of them being hacked down on daily basis. Nigerians have continued to watch helplessly their loved ones mercilessly massacred and sent to their early graves.

St. Theresa Catholic Church, Madalla in Suleja local government area of Niger State was attacked by Boko Haram on Christmas Day, December 25, 2011. The assault came a year after a series of Christmas Eve bombings in Jos claimed by the Boko Haram left at least 32 dead and 74 wounded.

This signalled the Islamic sect onslaught on Christian worship centres, making it the biggest security threat in Nigeria. Since then attacks on churches have become a trademark tactic of the sect. Several churches were attacked in Borno, Yobe, Bauchi, Kano and Jos among others.

Boko Haram has claimed responsibilities for hundreds of killings in bomb or gun attacks in churches over the past two years. Its leader, Abubakar Shekau, frequently justifies attacks on Christians as revenge for killings of Muslims. At the height of the onslaught on Christian worshippers by Boko Haram, some aggrieved youths last year, were alleged to have avenged the killings of their relatives in Jos during the last Eid El Kabir festivities.

On December 10, 2011 mosques were said to have been burnt in Sapele, Delta State, while the same was also reported in Benin City, Edo State. But the Edo State government have since refuted that report. These attacks received widespread condemnation from well-meaning Nigerians which shows that no one supports the activities of the sect.

Since these attacks began, there have been intensified concerns over the potential for renewed sectarian clashes in Nigeria.

This has also raised fears of reprisals from Christians, even as Christian leaders have warned they will defend themselves if attacks against them continue.

As it were, the people appeared to be fed up with the lackadaisical attitude of government towards the mounting threats being posed by the sect to the country and its people.

They urged Nigerians to take steps to defend themselves from the Boko Haram attacks, while calling on the security agencies to wake up to their constitutional responsibilities. The situation has no doubt continued to attract harsh reactions from critical stakeholders in the country.

The President, Christian Association of Nigeria (CAN), Pastor Ayo Oritsejafor, condemned the attacks in strong terms, saying the Christian community was deeply worried over the killing of innocent citizens and the government’s seeming incapacitation in addressing the situation.

Oritsejafor called on Christians to observe one day national prayer to seek divine solution to the current security challenges in the country. In a statement in Abuja, Pastor Oritsejafor who decried the incessant genocide on innocent Nigerians said prayer remains the only answer to the insurgency in the country. He urged Christians to collaborate with their Muslim counterparts towards the development of the country.

Oritsejafor promised that the church will continue to sensitise members on the need to embrace peace and religious tolerance.

He further called on the government to adopt a new political will and approach in dealing with the menace so as to protect the lives and property of innocent Nigerians.

In his reaction to the recent blasts, the Sultan of Sokoto, Alhaji Sa’ad Abubakar condemned the attacks on places of worship, cautioning against reprisal attacks. The royal father urged the people to live together as one indivisible entity.

The head of the northern chapter of CAN, Elder Saidu Dogo said, “If care is not taken, it will reach a stage when security of lives and property cannot be guaranteed. Then Christians will be forced to defend themselves against attacks.

We are not calling on Christians to initiate attacks or revenge, but we are calling on them to be on the alert and protect themselves, their family and their household against attack”.

In a sermon delivered before the attacks on Sunday morning worship at Bayero University in April, the Bishop of Owo, Rt. Rev. James Oladunjoye had urged President Goodluck Jonathan to use the army to restore order. “Boko Haram is like a cobra, stroking its head to appease it would not work, as the snake would soon bite”, the bishop said.

In spite of President Goodluck Jonathan declaration of a state of emergency on December 31, 2011 in parts of four states hard hit by the violence, there has been no halt to the attacks. But the question now is, what is the responsibility of the joint military task force (JTF), the security agencies and police drafted to these states?

Are they sleeping on their duties or compromising on their jobs? Can a shadowy group of mindless individuals be bigger than a state? And what exactly does it take the government to put an end to these senseless killings of innocent citizens.

In his address to the nation on the Boko Haram insurgence, President Goodluck Jonathan described the incident as “unfortunate” and “an unwarranted affront on our collective safety and freedom”, adding that Boko Haram would “not be around forever. It will end one day.” He also said that Nigerians must stand as one to condemn them.

Analysts believe that the continued attacks on places of worship have once again brought to the fore the inability of the present administration to tackle the Boko Haram menace.

This rhetoric of government being on top of the situation must stop; government must begin to take action now 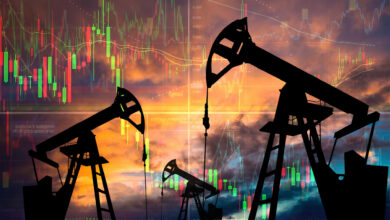