South Africa’s fine dining restaurant business is largely dominated by foreign nationals and white South Africans, but this did not stop Soweto-born Desmond Mabuza from wanting to join those feeding the elite.

Desmond Mabuza is one of the very few black South Africans to own a stake in the country’s burgeoning business of fine dining.

“Two deputy presidents of the country have been here in the last two weeks, ministers, the list is endless.”

A US-trained civil engineer, he returned to South Africa a year before the end of apartheid and set up his own firm.

But he decided on a career change eight years later, realising his passion did not lie in his chosen profession.

“By some chance I got involved in the restaurant business and it grew on me,” he said.

“The bug caught me in a way and I could see myself doing that for the rest of my life.”

Using money generated from his civil engineering company, he raised the money needed to invest in the design of a new building.

His initial plan was to hand the business over to a manager once the restaurant had been designed, but he quickly found he enjoyed the process too much to hand it over to someone else.

“It’s a very dynamic industry, you get to meet and socialise with different people on a daily basis, no day’s ever like the one before.”

Patrons visiting his restaurant can expect to pay up to 450 rand (£32, $53) on a three-course meal and can choose anything from oysters to stuffed calamari, garlic snails or orange-glazed salmon.

Customers are then invited to wash down their meal with some of South Africa’s finest wines to complete the fine dining experience.

Many of Mr Mabuza’s customers include some of South Africa’s growing black middle class, but he asserts that he is the sole black businessman to operate at the top of the restaurant business.

“For me colour was never something that I made much of an issue of.”

However, he admits to feeling like he is making history and says that many black South Africans have told him that they are proud of him.

For Mr Mabuza, the key to his success was setting himself the goal of putting out a product which would excel and stand out from everyone else on the market.

Given his lack of experience in setting up a restaurant business, many critics may have doubted his ability to create a success.

But he says his background in civil engineering has been an invaluable asset.

“A lot of that training has come in handy for me in terms of how I implement and go about my daily business.”

Now with a second restaurant and close to 100 employees, he says business is in good financial shape.

“We are continuously full which is a good way of knowing you are doing something right, because the people will always vote and they vote by coming to your restaurant.”

Eleven years on and Mr Mabuza says his restaurants have become regular recipients of praise from food critics.

“Both, in a very short space of time, have earned themselves quite an immense reputation in terms of awards and accolades in the industry.”

He is now mapping out his plans and hopes to build his brand across the continent by building new restaurants in key markets such as Ghana, Kenya, Angola and the Democratic Republic of Congo.

“The idea is to make it a pan-African venture,” he says of his expansion plans.

This is all begins in Nigeria’s capital, Abuja, where he will open a restaurant in a boutique hotel.

*Culled From BBC Africa .African Dream is broadcast on the BBC Network Africa programme every Monday morning, and on BBC World News throughout the day on Fridays 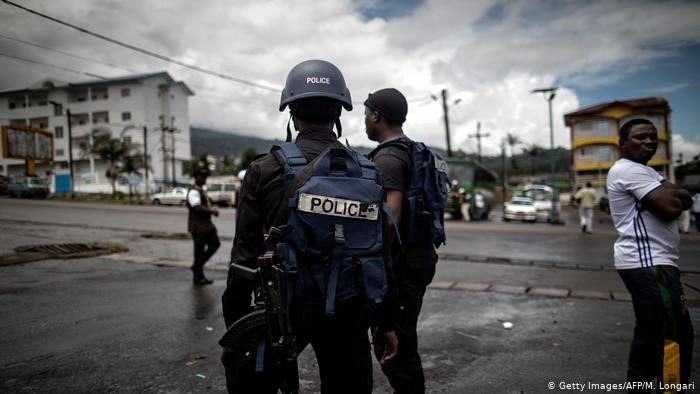