Jason Njoku is one of the most dynamic entrepreneurs in the continent today.As founder and CEO of iROKO’s partners; he has turned the outfit into the largest digital distributors of Nigerian music and movies. According to his profile on Black Entrepreneurs Mr. Njoku’s iROKO Partners, consist of 5 web brands; iROKOtv, iROKING, iROKtv, NollywoodLove and YorubaLove. Mr. Njoku is building a modern digital distribution infrastructure using Amazon Web Services, Ooyala and several video ad networks, to service the second largest movie industry in the world (by volume), Nollywood, or Nigerian cinema. His idea came from the realization that the huge market for the Nigerian content was difficult to access in the West Njoku says. Thanks to his vision, the African diaspora can now have access to the latest Nollywood films at all times. iROKO pays a lot for online licences and this means producers are also reaping huge benefits from iROKO’s presence in the market Njoku says. Last year iROKO had over 152 million views from about 178  countries Njoku tells PAV and estimations are that the figure will hit 25o million this year. Advertisers are scrambling to do business with iROKO which explains why movies are watched free. At some point iROKO will however charge a subscription fee but it will be limited to brand new films Njoku adds. Njoku who  holds a BSc,in Chemistry from The University of Manchester tells PAV that iROKO TV has expanded into three continents and with a $8 million investment from Tiger Global Management, a New York-based venture and private equity fund, there should be much more to expect from iROKO Partners.

PAV: Sir, can you introduce iROKO Partners to us and how the idea was conceived?

Jason Njoku: iROKO all started after my mum asked me to pick up some Nollywood DVDs for her when I was in Nigeria since she couldn’t get them in the UK.  I realized that there was this huge market for Nigerian content that was pretty difficult to access in the West.  Now people from the African diaspora can have access to the latest Nollywood films at all times through iROKOtv.

PAV: Your iROKO TV which screens African movies is a big hit, how does this work out with the movie producers, in other words what do they get from Iroko partners in return for you screening their movies?

Jason Njoku: iROKO pays a lot for the online licences for the films which actually means that the producers are benefitting more from iROKO’s presence in the market.  Through iROKO, producers are able to monetise their content through online channels and invest more in their films so the whole industry benefits, as do our viewers who are always thirsty to get their hands on our amazing content.

PAV: People are able to watch these movies for free, how does iROKO Partners get any profit from this?

Jason Njoku: iROKO mostly makes its money from advertising.  iROKO TV offers Western brands unique access to the African Diaspora; last year we had over 152 million views from over 178 countries.  Our figures suggest that this will reach 250m this year. There has never been anything like iROKO before that has offered Western brands an advertising opportunity like this.

At some stage, we will be introducing a subscription fee but this would be limited to the brand new films. The majority of our content will still be free.

PAV: Internet connection and availability in the continent is still very limited, are you focused solely on the international market or do you have a strategy to tap into the huge African market as well?

Jason Njoku:Our largest markets are currently, the US, UK, Canada, Italy and Germany. However, as Africa comes online and mobile penetration increases across Africa, we expect that our viewership will grow.

We are still a very young company and have only just started to tap into the African Diaspora.  When we first started no one had heard of us, now we have more than 2.7 million unique visitors a month. Word is spreading, we’re growing fast – super fast. It’s hard work but exciting.

PAV: What would you say has been the impact of Iroko tv on the Nigerian movie industry?

Jason Njoku: I would say that iROKO has taken Nollywood to the global audience.  People like my mum who couldn’t get hold of Nollywood films before, can now watch as many as they like, from wherever they are.

iROKO has also brought Nollywood to the attention of the Wall Street and London business leaders; the Tiger Global investment is a sign that people are sitting up and taking the potential in the African Diaspora seriously.

PAV: May we know some of the major challenges that you faced in moving iROKO Partners forward?

Jason Njoku: I tried to start the business from London. This was the first serious challenge – but I overcame it by getting on a plane and moving to Lagos. This meant I was able to put myself amongst the Nollywood film scene – spending time in Alaba Market in Lagos and working closely with the producers. Everyday presents itself with a new challenge and every day, we get better at addressing each challenge as a team. That’s what makes this job so exciting.

PAV: We also learnt that iROKO Partners  recently got US$8 million investment from Tiger Global Management, a New York-based venture and private equity fund, how was this worked out and in what way will the funds move your activities forward?

Jason Njoku: Tiger Global actually approached us; they led a funding round of $8million, which allowed us to seriously invest in more content and to expand the business rapidly.  So we are now expanding our business development team and opening a New York office – as I speak to you, we have a presence across three continents.  We’ll also be exploring the various other ways in which we can distribute Nollywood content but for right now, we’re super excited. 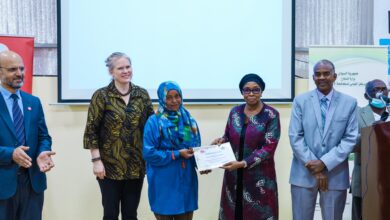