Launched on May 26 1990 in Bamenda with six innocent souls paying the supreme price, the Social Democratic Front has been in the thick and thin of the democratization process in Cameroon. There is just no way the history of modern day politics in Cameroon can be complete without the role played by the SDF in standing up to President Biya and the CPDM in the early 90s. From the mammoth rallies across the country, to the heroism of John Fru Ndi, the vibrant National Executive Committee meetings, the SDF was a party with a class apart. Real and imagined tales of bravery catapulted its Chairman John Fru Ndi from a bookseller to the defacto President of Cameroon. What he said was the equivalent of law. “Le Chairman a dis que” was the word in Douala, Bafoussam, Mbouda and other major towns in East Cameroon. “Chairman don talk say” to adepts of Pidgin English in Bamenda, Kumba, Limbe etc. Few are those who thought the CPDM will survive the raging momentum of the SDF.Indeed there are many who believe that the SDF leader and Union for Change Candidate John Fru Ndi actually won the elections of 1992. Today that SDF is a very pale shadow of its former self. Gone is the enthusiasm it generated .has tremendously evaporated, the clout and charisma of Chairman Fru Ndi has waned, turn out at rallies is a far cry from what it was in the 90s, emblematic lieutenants of the party have either left or been forced out of the party and many Cameroonians now doubt the potential of the SDF as a credible alternative to the CPDM.

As the party clocks 22 and with the critical nature of the times, the SDF needs to go back to the fundamentals that militated for its creation in the first place. For a party which led the opposition in Cameroon with brio, the party needs to step up its game again. From 47 MPS at the elections of 1997, the SDF has seen its membership drop to 22 in 2004 and even lower today. Scores registered by its candidate in the elections of 2004 and 2011 are a far cry from what the party obtained in 1992. It is common knowledge that the ruling CPDM owes its successive victories to flawed elections but that should not be any reason to underscore the fact there is something profoundly wrong in the SDF.It may be a challenge the CPDM may not risk but are there any certainties that the SDF as it stands now will record significant victories if there was a level playing field?

Despite the fraud that characterizes elections, been in the opposition requires that a serious party makes a credible case against the ruling party. It requires that the opposition draws a sharp contrast from the party in power with its vision, choice of leadership, choice of candidates, modus operandi et al. It is not enough to point to the blatant corruption, the absence of democratic progress, the lack of infrastructure and the endless litany of short comings of the ruling CPDM and imagine that Cameroonians even in free and fair elections will automatically vote you in. The electorate, Cameroonians are more politically educated than there were in the 90s when the SDF was created and will not just vote the party or its candidates just because the CPDM must be replaced. Has the SDF led by example?  Has the SDF proven beyond reasonable doubt that in power it will govern better than the CPDM? Has the SDF made a convincing case to Cameroonians that if given power it will be accountable or will be able to hold office holders accountable?  The answers to these and many are blowing in the wind.

Since the party was created in 1990, it has been led by Mr John Fru Ndi. The CPDM has been led by Mr Biya, the CDU by Ndam Njoya, the UNDP by Bello Bouba Maigari. If within your own party, you cannot change leadership why should the CPDM be in a haste to change its own leader? As cynical as this may sound, it is actually an argument the CPDM makes. Granted the SDF continues to hold conventions, but should a party leader not think of passing the relay baton for someone else to continue the fight or lead the party in a different way that might produce better results? Can the party not present a different member as a candidate for Presidential elections who is not the Chairman?A few years back, the party was torn apart in a debate on how to invest candidates for future elections. While some influential militants wanted the creation of an independent investiture committee, partisans of the Chairman will not hear anything of it. Their argument been that the independent investiture committee will emasculate the influence the Chair has in the party.

It is important for people to be loyal to a leader but when that loyalty is at odds with the values of the party, it becomes a problem. If the SDF is unwilling to create an independent investiture committee that will serve as a neutral umpire in the selection of potential office holders, why would the CPDM government give in to calls for the creation of a truly independent electoral commission in the country?

Corruption remains rife in the country and many have argued and rightly so that if the implementation of Article 66 which requires Office holders to declare their assets prior to assuming and leaving  office is the threshold of any meaningful fight. For obvious reasons, the CPDM government is not hot at all about implementing the clause. On the other hand the SDF could show Cameroonians about its seriousness to govern seriously by requiring its top leadership as well as Mayors and MPs to declare their assets. The party even has a shadow cabinet. The only known SDF MP who declared his assets is Hon Jean Michel Nintcheu. It was exciting when news circulated some time back that the Chairman was going to declare his assets, but disappointing that he backed down saying that he is not a government official and nothing mandates him to declare his assets.Fair enough, but does the symbolic gesture of declaring your assets not draw a contrast in the eyes of Cameroonians between you and the sitting President people are disappointed in?

No organization can thrive in indiscipline. When Ben Muna was axed from NEC in the 90s, it did not bother anyone, then came Siga Assanga, and many others. Far from serving as instrument to maintain discipline in the party, the dreaded Article 8:2 became a weapon to settle scores and purge the party of real and perceived enemies of the leadership. The result is that  the party’s NEC is hollow today.  No offense to those who constitute its membership today but who can deny the fact that since the departure of cadres like Akonteh, Nyo Wakai, Asonganyi, late Dr Tchenkwo, and others, the party has lost a lot of vibrancy?  Where are those strong communiqués that used to come from the Secretariat? Why is the party not taking stronger positions on issues like corruption? It is not enough to make press utterances and throw verbal punches at Biya for arresting state officials. If the SDF was in power, how will it handle issues of corruption? On what basis is the party putting its Lawyers to defend Marafa and for what crimes exactly?  So if there is tangible proof that indeed Marafa has tainted hands, will the SDF seek to help him prove the contrary?

It is a good thing to know the party is in dialogue with other opposition parties and has been holding several meetings. It may be no point crying over spilt milk but one cannot help wishing that such dialogue had taken place prior to the 2011 elections. For diverse reasons, there is a lot of mutual distrust amongst the political leaders.  The SDF by virtue of its size and historic importance needs to take the lead in bringing together the opposition. The opposition has aided Biya so much with the divisions, suspicions, and the war of egos between its leaders. In 1992, the Union For Change settled on Mr Fru Ndi as a candidate.  People may argue that in 2004 and 2011, the SDF leader emerged second in the Presidential elections. You run for elections to win and not to emerge as runners up. In the supreme interest of change in Cameroon, would it be more productive for the Chairman to be the king maker and rally people to stand by someone other than himself who has the potential to win or to run for elections and continue to be placed second?

After 22 years of existence, it is time for the party to do some soul searching. It is time to ask hard questions which will help get the party back on the rails. Of all the Founding fathers, only Mr Fru Ndi and Aloysius Tebo are still actively involved. It does not help the party when grievances aired by other Founding fathers from the late Albert Mukong, to late Dr Ngwasiri, Siga Assanga etc are not taken seriously. It does not help the party when proposals from brilliant minds like Justice Nyo Wakai are not taken seriously. It certainly does not help when committed, effective, and hardworking cadres like Akonteh, Paulinus Jua, and Prof Asonganyi are rewarded with shabby treatment from party hawks.

22 years at the helm of the party is way too long and if he is not thinking about it Chairman Fru Ndi has to start thinking about it. The party needs new blood; it needs people with a fresh perspective. Such people are not lacking in the party, Hon Nintcheu, Tchinda Fobi, Vice Chairman Joshua Osih etc . The party needs to seek reconciliation, genuine reconciliation with disgruntled militants so they can come back to the fold. Fortunately there is a Convention coming up. It will be the ideal opportunity for the SDF to start its reformation. Simple proposals for consideration could be limitations to the mandates of elected party officials and candidates for public office, mandating all elected

officials to declare their assets, publication of party accounts on a yearly basis, creating an independent investiture committee for the vetting and selection of party officials in a way that reflects the equal opportunity that the SDF stands for etc. The SDF remains a source of hope for many. Despite its short comings, it continues to be the leading opposition party in the country. The stumbling blocks have been many, the frustrations have been plenty. From the blood of innocent souls like Evaristus Toje, Juliet Sikod and others killed at the launching of May 26 1990, to the maiming of protesters in Bamenda, the controversial elections of 1992, the victimization of countless militants etc, the adversities have been enormous.

One Year of Nigeria’s Goodluck: Nigerian Democracy Is Stable and the Future Bright Says Jonathan 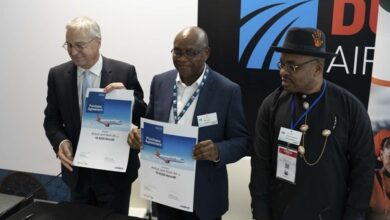 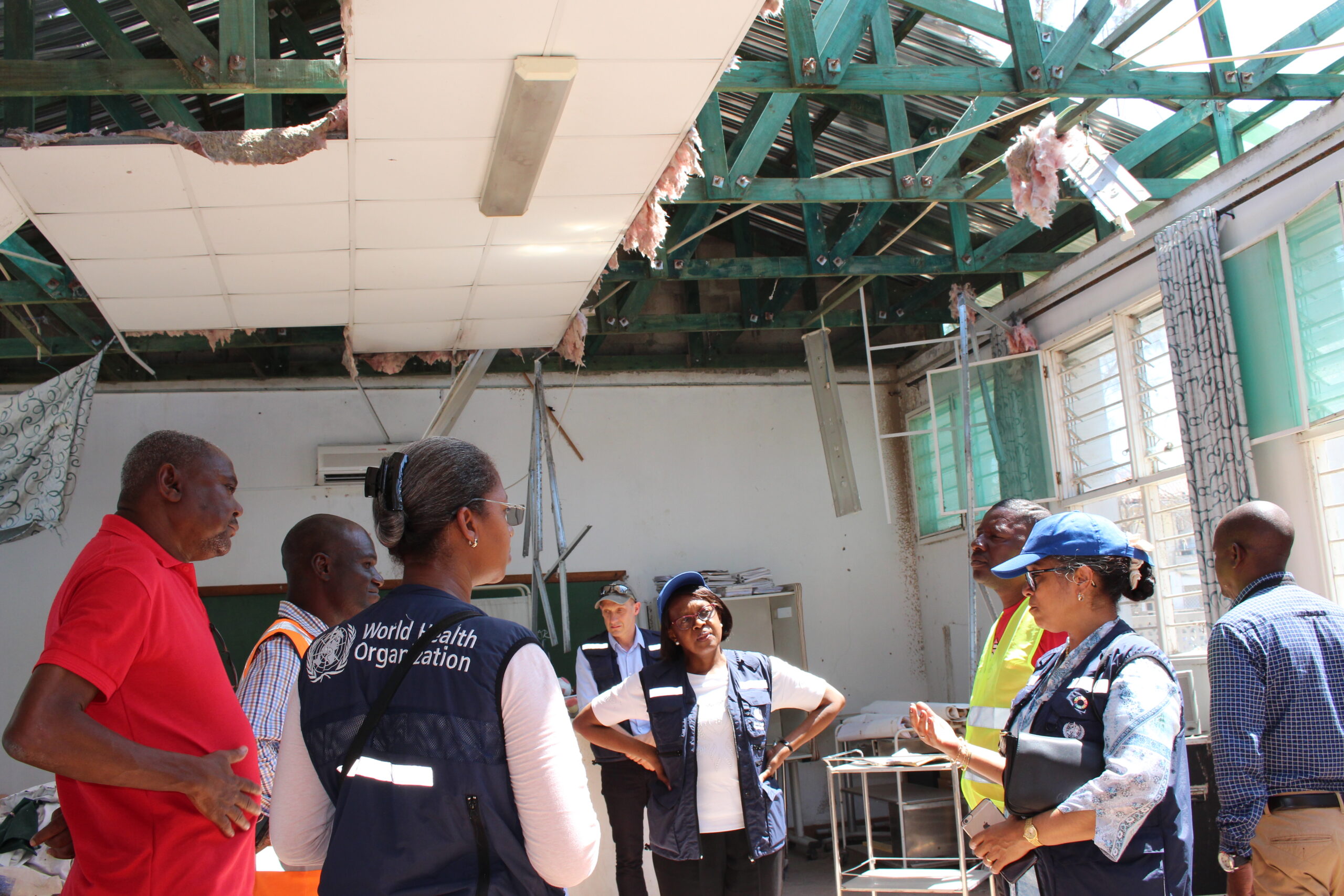