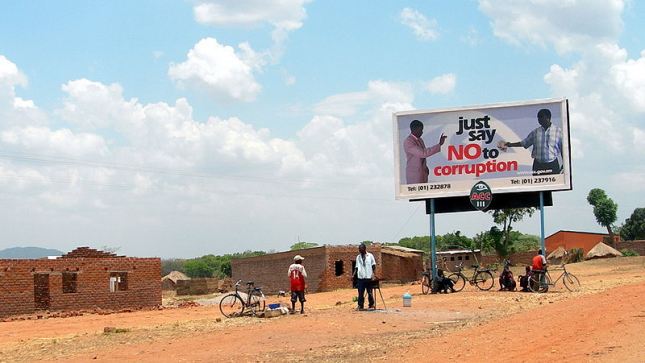 You are Nigerian? Aaaah you will love it more in my country than here” my Ugandan co-worker enthusiastically advised upon my arrival in Rwanda, to work on a donor funded project.

I was intrigued by his comment, so I prodded.

“I have worked in your country and the system is very much similar to what we have in Uganda. Things work as they should. There are no bottlenecks; you get what you want, how and when you want it.”

Is he talking of another Nigeria, or the very land of my birth and nurture? He must be implying the opposite in a subtle manner, I concluded.

“You are very funny,” I courteously offered in response.

Hurt at the fun being made of my admittedly beleaguered pedigree, I was eager to change the topic to the project we were both hired to work on.

“My sister,” he continued before I could interject; “I have been here in Rwanda for 2 years, and I cannot tell you how much I want to return to my country. I am tired of all the processes, rules and regulations that abound here. It is too much. Are we not in Africa?”

“Are you really serious?” I asked. Something is being said in sincerity here.

“In Uganda, you have your money, you get what you want exactly the way you want it and at the exact time you need it. I am used to that life. Here, no matter how much you have or even who you know, you must follow some annoying rules and unnecessary regulations. The system is too rigid. I don’t know how they survive here.” He complained bitterly, throwing both hands open in visible agitation.

“Since this is a long term project, I would have moved my family here, but I cannot endure this kind of regimentation for long. Uganda is my country, any time, any day,” he said, as smiles of endearment brightened his countenance.

I had only been a few days in Rwanda and did not really understand him. Now, I have stayed long enough, and traversed the system deeply enough for my colleague’s words to make sense.

You cannot bribe or influence your way through any system, organization or institution in Rwanda. It is that plain and simple.

My first shock, apart from the extreme cleanliness and orderliness of the city of Kigali, (see my article A Tale of Two Black Cities http://allafrica.com/stories/201108040056.html) was when I had cause to visit the immigration office to clear some outstanding documentation issues.

I must shamefully admit that coming from the background of my beloved country Nigeria, I prepared myself well for the journey. I pre-packaged enough cash in my bag – neatly folded in a way to conveniently change hands discreetly – not because there was anything illegal about my business, not at all. It is common knowledge in several sub-Saharan African countries that even the most legitimate transaction has a high probability of being stalled by an official who smiles at you, expecting you to return the smile in cash by way of saying thank you for job well done.

I informed my office that I was going to the immigration office for the day. The last time I renewed my passport in Abuja, Nigeria (2009), it was a whole day’s work. I had to wait outside with several others for several hours, while people who came much later, but who knew how to play the system were quickly attended to.

I arrived the immigration office at Kacyiru, Kigali and could not believe my sight. First, the electronic customer service at the entrance gave me a tally that showed I was number 5 in line. Incredible. I got up and went to the very polite, lone and unarmed security officer at the door. I must be in the wrong office; where is the queue?

Where are the customs officers loitering around the area soliciting for “customers” to assist in processing their immigration documents? Where are the touts, the peddlers of passport holders, passport photos and even visas? Where are the numerous roadside hawkers making brisk sales of soda, bread and sundry “gourmet” appetizers, entrees, and desserts to frustrated and fatigued patrons? Where is everybody?

“You are in the right office, madam” the officer assured me with a smile.

Soon, it got to my turn. I sat down to be attended by an amiable young lady who took her time to listen to my challenges, taking notes, entering data in the computer while engaging me in the most respectful conversation about my stay, so far, in Rwanda. In less than ten minutes after my arrival, I was handed a sheet of paper with clearly spelt out instructions on how to address my situation.

“Thank you very much, madam. Please do not hesitate to contact this office should you encounter problems following the instructions given.”

I was stunned. The last time I received such impeccable service from a public institution was earlier in the year when I had to register an organization in Washington D.C. Has the immigration office in Rwanda been privatized? I could not help but inquire of my Rwandan colleagues. Privatize the immigrations office of a country? They asked, their faces showing signs of reassessing their initial valuation of my intelligence. Forgive me for asking, but unusual sights birth unusual questions. What is going on in this part of Africa?

I was soon to get used to Rwanda. The country where things work as they should, where you are informed of the rules and regulations and it works for you if you follow it. The country where you can register your business online within 24 hours (http://org.rdb.rw/),   without having to engage the expensive services of an attorney who will take weeks, sometimes months to travel to Abuja (in the case of Nigeria)  to bribe his way through the corporate affairs office to get you registered. Stories abound of lawyers who collect money from clients without fulfilling their own side of the bargain. Such appalling scenario is impossible in Rwanda.

Rwanda. The country with steady supply of electricity – admittedly for the electrified areas as there are still challenges with electrifying the mountainous rural parts. For over three months of my stay, I cannot recollect more than three incidences of power failure, with none lasting longer than five minutes.

Electricity is cheaply available and easily accessible in Rwanda. With “Cashpower” equivalent of $15USD  procured by sending a text message to your preferred vendor, a family of six need not worry about electricity for a whole month. There is no cheating or bribing of electricity corporation officials; there is no need for that.

During my last visit to Lagos (two months ago), I had opportunity to visit with a household where I was gleefully informed that electricity bills had not been paid in the past four years.

“We are very lucky to have a guy on our street who works with the Power Holding Company of Nigeria (PHCN). We give him small money to keep us connected through the backdoor.” The head of the household informed me triumphantly.

“What is the need paying all the money when you do not even get to have light?” He continued. “I would rather use the money to keep my generator serviced than give it to some thieves.” He pointed out, stabbing the air with his fingers in a self righteously emphatic manner.

Working with civil servants on a project in Rwanda was another eye-opening experience for me. Having worked with civil servants in other parts of Africa, I must confess that the commitment of Rwandans is exceptional. 7:00 a.m. is resumption time for all civil servants and the work day ends at 5:00 p.m. Lateness is rare and frowned upon by all. Never for once did the people I had to work with miss out on work for one day, for any reason. There was no staff coming in to the office to sign-in and leave for home. People are motivated, interested in their work, forthcoming with ideas, excited about their job, dedicated, and willing to help.

In the Ministry where I worked, I was very much involved in the contract awarding process. The transparency of that process and the unconcerned attitude of the officers involved, in

trying to influence the outcome were new to me. With my experience working with civil servants in other parts of Africa, I have learnt to become quite eagle-eyed about  contract awarding processes, which most often than not, devolves into life and death confrontations between vested interests; it is not unusual for threats of witchcraft, voodoo, poisonings and assassinations, to be made openly. But I did not need to worry in this instance; the established system ensures that the most qualified company always gets awarded the contract in Rwanda.

No country in the world is corrupt free, but Rwanda ought to be ranked among the most “developed” countries in the corruption perceptions index, if there is any sincerity in that exercise. Whatever the case, the fact is that doing business, living and working in Rwanda could be one of the most validating experiences an African can have about the optimistic future of the continent and its people.