Following is testimony of Isaiah Washington, Founder of the Gondobay Manga Foundation, before the House Subcommittee on Africa, Global Health and Human Rights:

for inviting me to testify before this Subcommittee today. I think the Increasing American Jobs Through Greater Exports to Africa Act of 2012 is an important means of making U.S.-Africa trade more beneficial to Americans, which will make the African Growth and Opportunity Act (AGOA) and other trade measures aimed at increasing U.S.-Africa trade more attractive to those who are not directly involved in African issues. [Image via Wikipedia.org] I am particularly interested in the impact this bill can have on encouraging the African Diaspora in America – both the traditional Diaspora members such as myself and those who more recently came to this country. Since I discovered my own connection to the Mende and Temne people in Sierra Leone, I have felt compelled to contribute to the reconstruction of Sierra Leone, which is recovering from a destructive civil war. The Gondobay Manga Foundation that I have established works cooperatively with Sierra Leoneans to achieve interventions that meet their genuine needs and not just engage in activities to satisfy my need to help. We have collaborated to build schools and provide clean water. More broadly, we are working with top universities in the United States and abroad to establish internships that will spur academic and community involvement.

Topics and specialties being pursued include: African-American Studies, the History of the Trans Atlantic Slave Trade, the Plight of Child Soldiers, Agricultural Development & Mechanized Farming, Hospital Administration, Women’s Health Issues, Tropical Disease Research and Urban Planning. My efforts are part of a growing trend of members of the African Diaspora reconnecting with their homelands or the homelands of their ancestors. I have looked to the example of the late Reverend Leon Sullivan, who spent a great deal of his life connecting African-Americans and others to countries in Africa. Organizations he founded, such as Opportunities Industrialization Centers International and the International Foundation for Education and Self-Help, have helped members of the Diaspora and others to volunteer their skills to teach young people in Africa or take part in training programs for African entrepreneurs and farmers.

I used Reverend Sullivan as a model for achieving sustainability—one village, one region, and one country. In November 2007, my foundation opened its first school, Chief Foday Golia Memorial School, in the Njala Kendema village for 150 students in grades K-5. The new school, named in honor of the former leader of the village, replaces two grass huts not suited for occupants. Since then, others in the Diaspora have built wells and undertaken other projects for the benefit of African people. Some have used remittances to their home countries to meet the needs of their families. Increasingly, both the traditional Diaspora and the recent Diaspora here in America have looked toward investing in Africa. A report released a few years ago by Merrill Lynch, a leading international investment company, indicated that while Africa offers investors tremendous opportunities, there is too little available information on African markets, and by extension, the companies listed on those markets. LiquidAfrica.com is one of the few sources of information on African exchanges and their listed companies, but it is not as widely known as other sources of investment information.

Magazines such as Fortune, Business Week and even Black Enterprise do not cover African exchanges or companies on a consistent basis with the result that American investors remain largely unaware of available opportunities. Return on investment in Africa has averaged nearly 30% over the last decade. On African stock exchanges, the most profitable sectors are banks, real estate and hotels and tourism.

Recently, the International Monetary Fund rated the Nigerian Stock Exchange as the best in the world in terms of returns.

The advances on African exchanges occurred within a broad range of companies, including banking (such as the Mauritius Commercial Bank), telecoms (such as Zimbabwe’s Econet), industrials (such as Nigeria’s Dangote Cement) and breweries (such as East African Breweries of Kenya). There are many others waiting for the partnerships and investment to reach the next level that this bill could provide, creating jobs and wealth for countless Africans. The African American market in the United States is a good match for African investment destinations, being increasingly sought after by investment companies due to rising purchasing power. America’s largest racial minority had a combined purchasing power of $318 billion in 1990. Eighteen years later, that purchasing power had grown to $913 billion and is predicted to reach $1.24 trillion by 2013.

According to a 2005 study by Juice Market Research, African American investors were “considerably more likely than the general population of investors to have a variety of investment products such as stocks, bonds, mutual funds and annuities.” Prior to the global economic meltdown, this tendency attracted companies such Charles Schwab, Smith Barney, American Express and Merrill Lynch, which has formed partnerships with African American professional associations and other groups to encourage investment by this group of investors through their firms.

Higher-income African American investors reached a peak in terms of percentage of investing in the early years of this new century. An estimated 74% of African Americans who earned more than $50,000 owned stocks in 2002, closing the gap between them and similarly situated white investors, whose percentage reached 84% that year. Many of these gains have been eroded by the global recession. Still, African American investors continue to invest in real estate rather than stocks, even in a difficult economy. The consensus is that this is largely due to a lack of knowledge about other investment opportunities, which would certainly include African investments.

This is why I am establishing the Hira International Investment Group. The mission of HIIG is to help transform first Sierra Leone and then the rest of West Africa in stages by strategically leveraging financial and human capital to profitably and ethically develop land, natural resources and human resources. HIIG will identify and apply the necessary resources to achieve its mission by utilizing its own expertise and connections, while providing experts on a project basis. HIIG also will create alliances with qualified companies and organizations to accomplish specific tasks. Since I started my foundation and began to become more involved in Sierra Leone, I have had numerous inquiries about business opportunities in Sierra Leone from investors around the world. Your bill could encourage American investors to recognize and take advantage of the opportunities in Sierra Leone and the rest of West Africa.

I chose Sierra Leone as the starting point because that is where my ancestors are from. West Africa is the region of Africa from which most members of the African Diaspora here in America originated. There is so much work to do in this region of Africa that I am willing to leave other regions for those who have the desire to invest and partner with African businesses.

This bill could be the catalyst to open the floodgates of American investment and business-to-business relationships with African partners that will fulfill the promise of AGOA and create more development than any aid program could ever hope to achieve. Thank you for introducing this bill, and I urge you to do all you can to pass it. 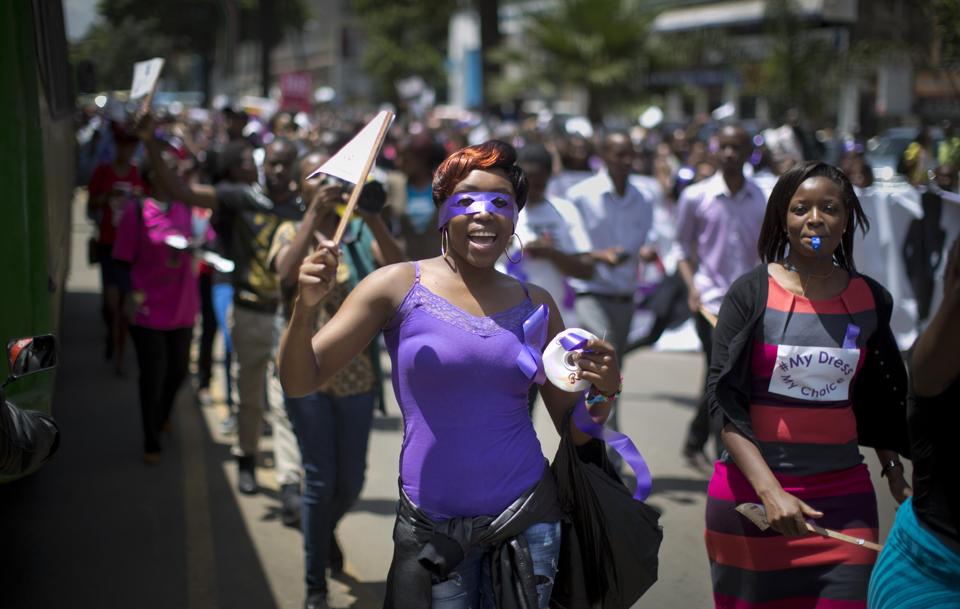 Fake protective products MUST NOT be produced- FDA Cautions manufacturers