For a minute the hand seemed to take forever as it wound the last half of the big city wall clock. And at midnight, many people around me burst out into screeching sounds of joy with the massive displays of fireworks blinking in the sky above. 2011 had finally set in. But that same year now just five days to expiration had too much up its sleeve than many dreams could tell.

January literally swam its way away without too much dust raised save for the many effigies that choked every last space around the city of Kampala. Posters urging the public to vote for whoever they heralded became common story in that even if you entered a public restaurant rest room, you were likely to find a chubby face looking down at you!

This was the first pre-election season I had beheld and followed closely; from day one, the heat of change of government brewed too many fears with the recent occurrences in many other African states not helping quell the situation at all. February being the election month came to be known as the 30 days of ‘hopes’ as many were in the race to becoming part of the next political caste till 2016.

Among the hopefuls was the three time tried Kiiza Besigye leader of the opposition Forum for Democratic Party who once again had his name on the list of those in the presidential race with of course incumbent Yoweri Museveni. Theirs has been a race filled with heat, fire, more heat and fire. This time round the cliché statements flew; the yellow side insinuated a big margin win while the blue corner assured whoever cared that this time, ‘change was coming’.

As the polls opened on the morning of February 18th, a man whose over two decades of rule at stake voted, another whose three time trial to become president had become a cliché weak point assured Ugandans ‘this was the time’, and perhaps the other of the six in the race, a more youthful new face, Norbert Mao turned heads here and there. But well, the results trickled in and as had been hoped, the fact that the opposition split their vote by forwarding eight candidates to tussle one big Goliath, the point of too many numbers in a battle just did not work. Too many cooks spoilt the soup.

With 68% of the total votes cast in his favor, Yoweri Kaguta Museveni was therefore announced victor by the same election commission stained with a ‘not competent’ banner. About that time, the Ouattara-Gbagbo drama was still fresh and thousands were continuing to die in Ivory Coast. When Kiiza Besigye who was the first runner-up announced he was not siding with the commission on the results, many had a beat skip. Worry.

Kampala where much of the heat originated and spread to the rest of the 33 million people rich country had mean looking men armed with warfare arsenal fill every spot just like the effigies and posters that seemed to rob the city of the beauty. Some people actually fled the country with the backdrop fear that this was about to get bloody. This time, the assured tone of the opposition and the seemingly endless criticism of the election body added more embers to the fire. But well, none of that pictured violence, bloodshed or massacre surfaced any way. Skirmishes here and there but as the electronic vote got underway, nothing unusual happened. Nothing like the anticipated. The incumbent won and was sworn in.

The weeks that followed however, seemed like walking through a jungle to the other side with not even the littlest wound only to get to the other side and lose a leg. Nothing could have prepared Uganda for the chaotic drama that followed. On April 11, days after the opposition had accepted the result (at least pretended), hordes of people flanked by opposition figures launched the walk-to-work campaign in protestation of the high costs of living. The political campaigns had seen a lot of money pumped into the economy and somehow inflation had veered off normal limit not to forget that the world was sinking at neck levels of economic meltdowns. So in the guise of what many people saw as retaliation for the electoral loss, the campaigns presented the government as the deaf party that acted the role of the unbothered sailor on a sinking cruiser. In just three days, the campaign had thousands of people willing to swallow a bullet and walk to work to illustrate the burden of living.

All they wanted was to walk. And all the security operatives said was, ‘NO WALKING.’ Initially it seemed as a whimsical joke as the opposition tried to raise a cloud of dust that never raged during the polling season. And yes, real dusty war began.

A small town known as Kasangati became the scene of daily gun battles, tear gas storms and bloody battle field. Each morning, the FDC leader Kizza Besigye (the main walker), left his home in the hilly vicinity to trek close to 5km towards the city center not like his cars were at the mechanic’s but well, as a sign of solidarity with those he termed as the ‘common Ugandans affected by the uncaring government.’ And each time he tried, an army of men armed with enough artillery to start a world war blocked him.

What started as a humble movement to draw the government from other ‘pertinent’ issues like buying purple diamond worth fighter jets while the price for a kilogram of sugar leaped to crazy price tags and a bar of soap became nine times more expensive, gained the stark dark image in no time.

15 people were left dead some caught up in the live exchange between irate crowds described as ‘unarmed’, others were victims of a tear gas canisters flying and exploding inside a hospital ward or on the stomach of a pregnant woman. Action for Change (A4C) the contingent behind the campaign comprising of a number of opposition figures filled the headlines with many people quickly finding the whole idea of walking to work meaningless now that it had turned bloody. The police stood their ground in the short run making walking an illegal thought or action. But even then, the walkers stood their gut saying they had a right to walk.

Each day they attempted, the events that ensued did little justice to the cause. Much as the world had an early New Year’s dose of violence on the streets of an African state plus all the criticism, the people who lived along roads where bullion trucks armed with itchy water parked with crowds of reinforcements who took no second thought to flog, kick and bundle the protesters were fed up.

What started as a national motive zeroed down to a figure. Kiiza Besigye became the lamb that was to carry the cross of brutality that above all else, looked futile from all angles. Eventually, one day as he attempted to walk to work, he had the worst encounter his life can probably record. In a rather inhumane style, a security operative attacked him like a wounded hound; used a 3.3 millimeter to break the window of his car, pulled him out, and sprayed what later turned out to be a concoction of chilly and acidic components in his face and finally bundled him on a police patrol car like a pauper who had nothing to lose.

Others were sent to prison with no charge other than ‘walking’, others nursed wounds while others mourned the losses of those they loved.

If ever change was going to come, the death of a loved one, the loss of a small business to a teargas attack or looters guised as protestors was definitely not the best path to fundamental change. The fact that the police never at any one point gave the protesters a benefit of the doubt to allow them to walk to wherever it was they worked and the fact that each day the protestors seemed to dare the anger of those with the trigger, walk to work became a chapter that closed with no results recorded. I never saw them at least. The dust storm had been raised but it was not strong enough to blind the ‘enemy’.

Strategies such hoot-to-work where car owners would at a designated time honk their ear drums dead and others ended up leaving the newly sworn in government with a bruised start. Even re-launching the campaign on a more national grassroots note later on helped little; this time the disillusioned knew better than parading themselves in the way of death.

As that bruised start healed with time, the scandals begun. Petitions filed against those accused of rigging flocked the courts, corruption scandals involving billions of dollars filled headlines and many times, there was no better explanation. Fighter jets purchased emptying national coffers, grave bribery and theft in the tourism sector and rotting roads plus monstrous inflation helped Uganda seem like a long pit full of pain. The year dragged on with many people more determined to just toil their heads off to survive because politics was just no answer to their grievances.

Power became rarer and soon the electricity body even started issuing load shedding timetables; fuel prices commanded everything too expensive for the common man while an over 300-man parliament was sworn in. The 9th parliament bore the brunt of the public’s ‘I-don’t-care’ attitude. The headlines of money lost in shoddy deals ceased to shock anyone for it was too normal to hear the word ‘billions’ in the same line with ‘Ghost Company’.

Just when the first year of the new political calendar was about to go down as the bloodiest most boring ever, OIL sprouted like a cyborg returned to haunt. No doubt the corruption and bribery allegations that have rocked the yet to flourish oil sector have overshadowed any scandal be it the jailing of the former vice president or the resignation of the former female minister of presidency over stealing a national broadcaster mast.

Three cabinet ministers including the Prime Minister Amama Mbabazi, Sam Kuteesa and Hillary Onek were named in a scandal that involved them taking bribes from oil companies who had their eyes on the Ugandan black gold. Over 17 million Euros were involved and the house for once had the public tune to catch the abrupt recalling of the parliamentarians to discuss the black crimes of the trio. For once this year, the public was really pleased as MPs quizzed those seen as the untouchables forcing two of them to resign. The fiery debate no matter who gained or lost out of it helped add a positive tick on the foreheads of the parliamentarians who are now arousing asleep ghosts once again. They are demanding for new fuel guzzlers set to cost the shaky coffers over 100 million shillings each.

But whether the cars come, or more districts are created, more resignation papers are handed in or electricity does not return until the potholes are fixed, me I will be here waiting to usher in the New Year 2012. Perhaps make 12 new things to achieve. But am grateful days come to an end; some days this year were too hot that it seemed like never would they end. As the clock ticks again into the New Year, eyes are now fixed about 200 billion shillings that were paid to individuals and entities as compensation in what is now keeping the sloppy shoddy story of scandal running and not to forget, the millions of dollars paid to Burundi for the help forwarded to the NRA rebel war that brought Museveni to power. 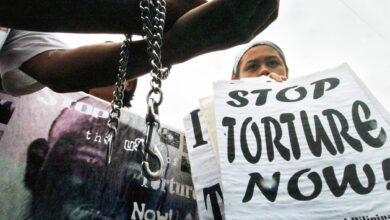