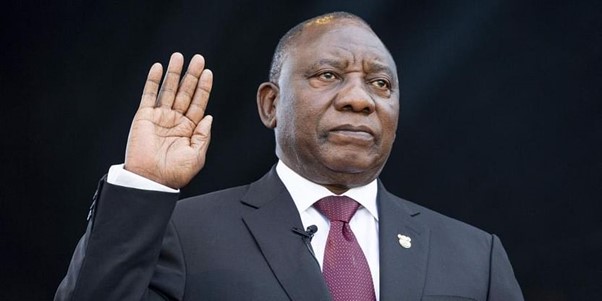 South African President Cyril Ramaphosa is defiant and has no intentions of resigning following the damning report from the Section 89 Panel which implicated him in a criminal cover-up involving millions of Rands at his Phala Phala farm.

The Section 89 Panel report states that it established “prima facie, the money that was stolen was probably more than US$580,000, and that there was substantial doubt about the legitimacy of the source of the currency that was stolen… This is a very serious matter, which, if established, renders violation of section 96 of the Constitution and (the Prevention and Combating of Corrupt Activities Act), a serious violation, and a serious misconduct”. This effectively means the Panel is convinced that the stolen money is the result of proceeds of crime.

There was a huge uproar soon after the release of the report as many including the opposition parties, the civic society and the general citizens called for Ramaphosa to excuse himself from the position of the president of the main political party (ANC) as well as the country.

In his response relayed by his spokesperson, the President said he is “not resigning based on a flawed report, neither is he stepping down”. The presidential spokesperson Vincent Magwenya went further stating that “It may be in the long-term interest and sustainability of our constitutional democracy, well beyond the Ramaphosa presidency, that such a clearly flawed report is challenged”.

Speaking in a presidential statement issued hours after the report was released, Ramaphosa in a show of defiance reiterated the statement he made in his submission to the independent panel stating, “I have endeavoured, throughout my tenure as President, not only to abide by my oath but to set an example of respect for the Constitution, for its institutions, for due process and the law. I categorically deny that I have violated this oath in any way, and I similarly deny that I am guilty of any of the allegations made against me”.

To defend his name, Peter Harris who is Ramaphosa’s attorney said over the weekend “We received instructions some days ago from the president to take the panel’s report and recommendations contained therein on review to the Constitutional Court. Papers will be filed shortly”.

Legal and political analysts say that Ramaphosa’s direct application to the Constitutional Court may have a material impact on the planned parliamentary vote which is scheduled to take place on Tuesday. Parliamentarians will vote to decide whether Ramaphosa should face an impeachment inquiry for his alleged involvement in the Phala Phala criminal cover-up case.

Ramaphosa’s Constitutional Court application is likely to be successful according to Sfiso Bernard Nxumalo who is a public law DPhil in Law Candidate at the University of Oxford. Nxumalo said while there can be no argument that the Phala Phala case is serious and implicates the President, the Constitution when it comes to such cases stresses explicitly that a serious violation of the Constitution or law is defined as “behaviour by the president amounting to an intentional or malicious violation… performed in bad faith”.

Nxumalo went further stating that owing to the significance of the “intentional or malicious violation” notion, it means that not “every violation or conduct that is contrary to the Constitution is serious enough to warrant an impeachment and removal of a sitting president from office”. The onus, therefore, is on the Panel to showcase that the President “had requisite intention to violate the Constitution or the law or commit misconduct.”