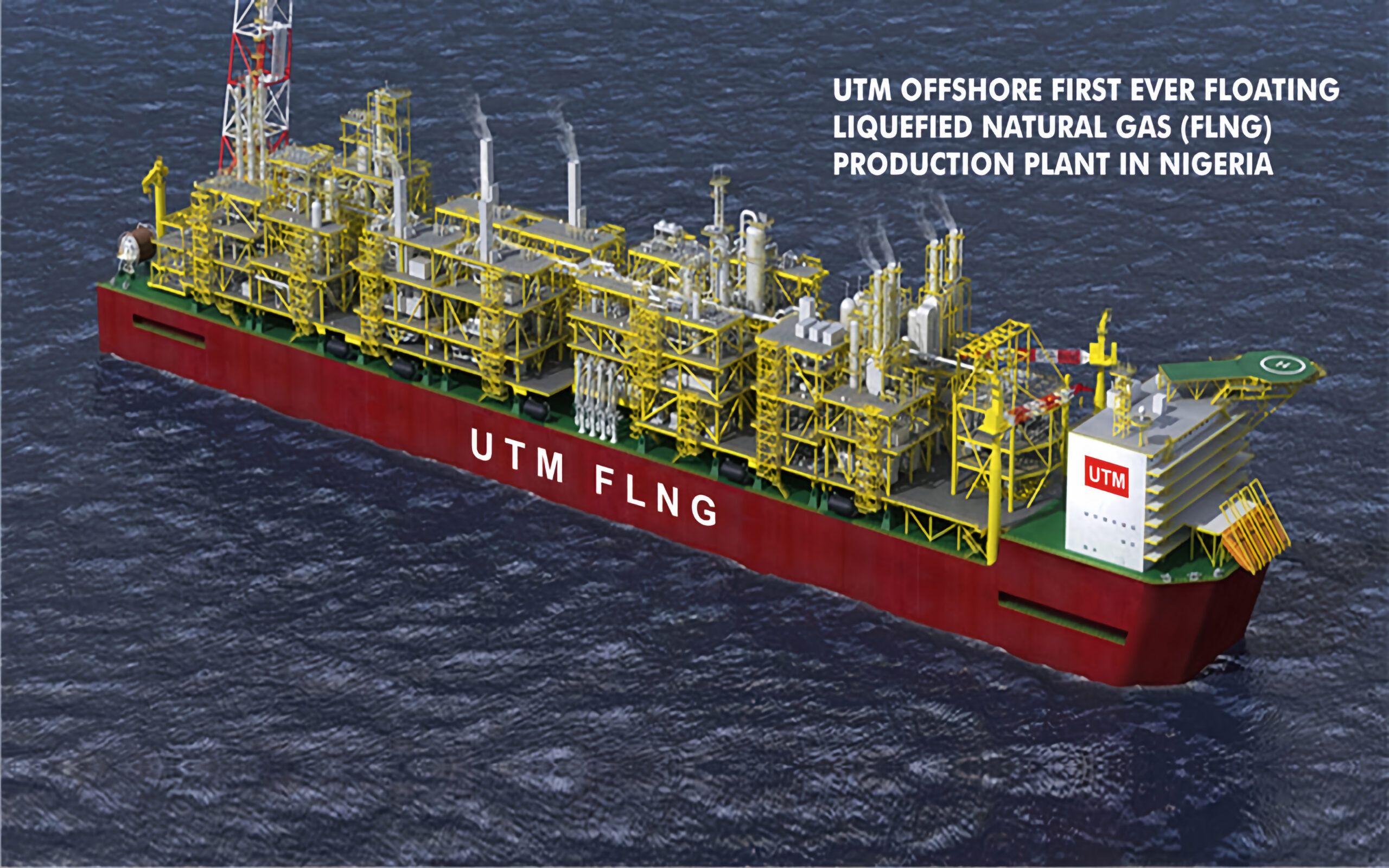 velopment and unlock massive reserves for exploitation in the form of LNG into Africa, Europe and Asia for energy security, industrialization and clean cooking.

UTM Offshore will sign an agreement for the Front-End Engineering Design (FEED) for Nigeria’s first Floating Liquefied Natural Gas (FLNG) facility with engineering firms KBR, JGC Corporation and Technip Energies on November 16 in London.Having signed an agreement to co-finance the development with the African Export-Import Bank earlier on, UTM Offshore’s signing of the FEED will move the development of the massive FLNG project from the fundraising stage to the implementation phase with parties involved, including NNPC Limited and ExxonMobil, in the OML 104 block development seeking to fast track the development, exploitation and monetization of stranded gas resources to ensure energy security, access to energy and clean cooking and industrialization in Nigeria, across the region and abroad.The African Energy Chamber (AEC), as the voice of the African energy sector, strongly supports the development and commends UTM Offshore and its partners for the milestone. With factors such as the Russian-Ukraine war, increases in energy demand and global energy transition-related policies fueling the energy crisis at global scale, the AEC strongly believes African gas has a huge role to play in liberating global economies and the global energy market.“UTM Offshore CEO, Julius Rone has been a true champion of gas in Nigeria and Africa. His resilience, patience and outside the box thinking with a savviness to bring so many world-class companies and service providers to this project is extraordinary. We commend Afreximbank’s President Oramah for making this project a reality,” stated NJ Ayuk, the Executive Chairman of the AEC, stating that “UTM Offshore’s signing of the deal will be a game changer within Africa’s gas market. The penetration of FNLG in Africa, which started in Cameroon and expanded to Angola and Mozambique and now to Senegal, Mauritania and Nigeria, highlights Africa’s commitment to unlocking the full exploitation of its gas resources. We believe UTM Offshore’s FLNG project development will not only open doors for energy security and GDP growth but will bring in world class technical know-how among the local people while creating long-term employment opportunities in line with Nigeria’s local content laws.”With first production from the $1.8 million FLNG facility anticipated before 2027, UTM Offshore’s FLNG project will unlock a new era of LNG industry growth in Nigeria and across the region as the demand for energy continues to increase.Moreover, as Europe seeks alternative gas suppliers as the bloc diversifies energy supplies away from Russia over the war in Ukraine, Nigeria – with its vast gas reserves estimated to be above 270 trillion cubic feet (Tcf) – is well positioned to expand its supply to Europe and UTM’s FLNG facility will be an enabler of industry expansion and Nigeria’s best practice to address some of critical gas industry challenges including cost, environmental sustainability, political risk and infrastructure development timeframes.ExxonMobil and NNPC as feed gas suppliers, UTM Offshore as the LNG producer and Vitol as the LNG buyer, will leverage the FLNG facility to exploit 2.2 Tcf of proven gas reserves within OML IO4 over a period of 20 years, a development that will maximize Nigeria’s gas monetization for economic and gross domestic product growth.“We are now starting to see the positive impacts of Nigeria’s Petroleum Industry Act which President Buhari and Timipre Sylva. Nigeria’s Minister of Petroleum implemented to create an enabling environment for more investments and players to flow into the country. Projects like this indicate that Nigeria is investable and that if African companies are given an opportunity in an enabling environment, they can create success. We hope to see Nigeria and UTM Offshore’s model replicated across Africa to unlock the massive gas resources that are stuck for energy independence, affordability and reliability,” Ayuk states.