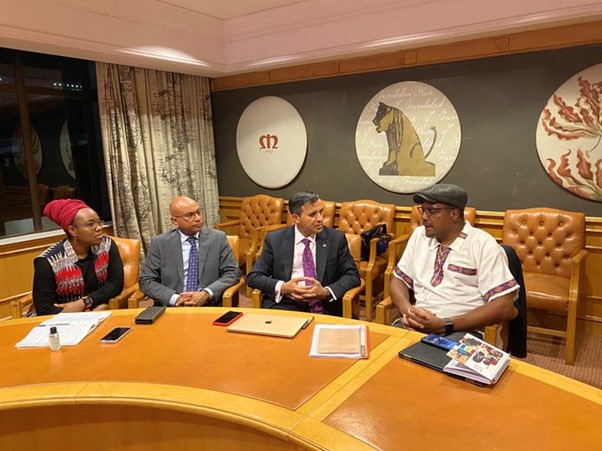 Zimbabwe has not been a part of the Commonwealth since 2003 when the late former President Robert Mugabe pulled out of the grouping. However, the new administration under Emmerson Mnangagwa is seeking to reverse that as it has launched a readmission bid.

Robert Mugabe in 2003 stated that the Commonwealth as a grouping and the British government had extended their tentacles unfairly into Zimbabwe’s sovereign affairs after the Commonwealth had suspended Zimbabwe the previous year (2002) for gross human rights violations and electoral malpractices. Mugabe’s reaction to the Commonwealth suspension was to pull out of the grouping.

Up until Mugabe lost power, Zimbabwe never expressed any strong desire to re-join the grouping. However, Mugabe’s successor in his short time in office has embarked on a massive re-engagement drive. The main objective behind the re-engagement drive is to attract investment which will put the country back on a developmental trajectory.

After expressing its interest to be readmitted to the grouping, Zimbabwe recently welcomed the Commonwealth team led by assistant secretary general Luis Franceschi whose mission is to assess the readiness of the country to become a part of the 54-nation bloc. Upon arrival, Luis Franceschi said that Zimbabwe can be readmitted depending upon its compliance with the criteria and procedures laid out by Commonwealth for readmission purposes.

Since its arrival, the Commonwealth team has met with the Zimbabwean President, and members of the President’s administration including ministers, opposition parties, journalists and civil society. Even though the team is yet to conclude its work and release its findings and recommendations, many citizens are elated by the fact that the team landed in the country and begun work. Many are angling for a positive report from the team which will play an instrumental role in shaping the mindsets of countries and individuals who will have the final say on whether Zimbabwe is to be readmitted or not. Of course, this is largely necessitated by the benefits that Commonwealth membership brings.

In his submissions, Chin’ono said it will be great if Zimbabwe is readmitted to the Commonwealth as that would open many doors to Zimbabweans who want to access opportunities that come with being a Commonwealth member such as scholarships. He said his “life was turned around through a 2-year Commonwealth Visa that allowed me and many others to work in Britain”. He said he wants the same for other Zimbabweans. He however said “an unconditional readmission would be catastrophic for the Commonwealth’s standing” hence there is a need for the bloc to ensure that Zimbabwe adheres to and complies with all readmissions guidelines before a decision is made.

Black Woman Rejected by Airline Decides to Start Her Own Airline — And Does!

Tales of a child bride: ‘My father sold me for 12 cows’