By Frank Aman, in Simiyu Region 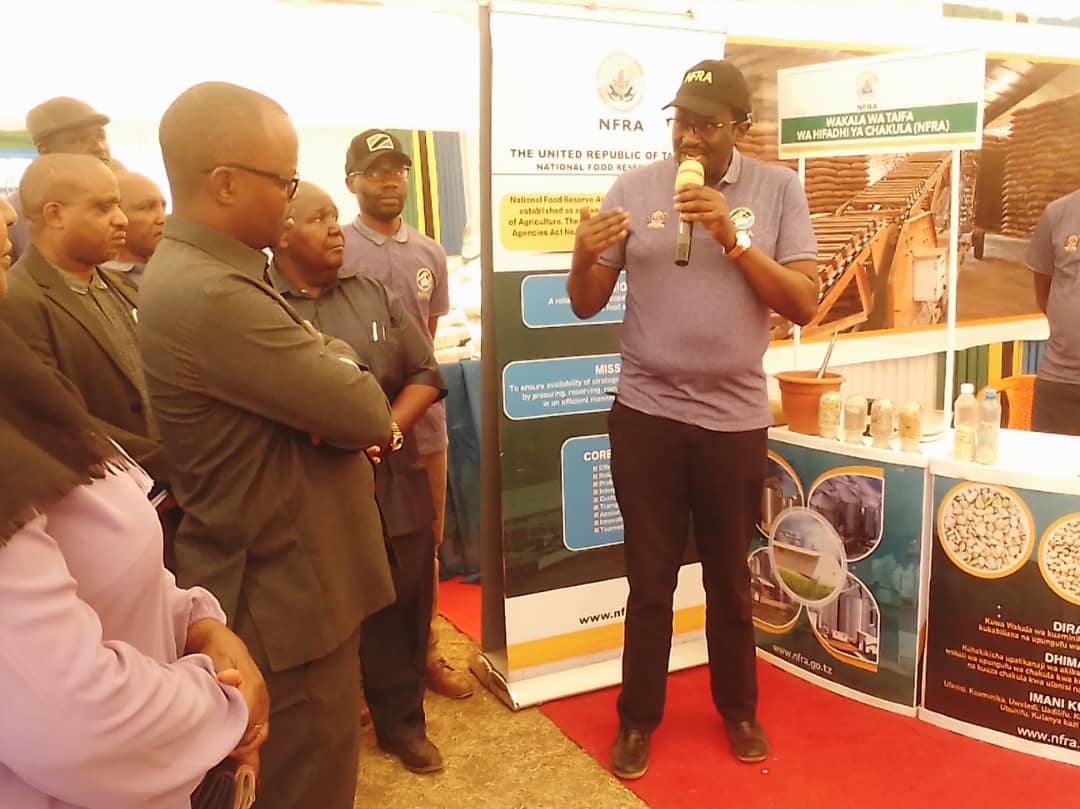 World Food Day is observed on October 16, every year to tackle global hunger and strive to eradicate hunger across the world, whereby this year in Tanzania, the occasion will be marked on national level in Simiyu region.

“We have been accorded the honour to organize this occasion at national level; the celebrations will take place in our Region from October 10, 2022 and its culmination will be held during the World Food Day celebrations scheduled for October 16, 2021,” the Simiyu Regional Commissioner Dr. Yahaya Nawanda said after inaugurating the event on behalf of the Minister of Agriculture Mr. Hussein Bashe who was expected to be the Guest of Honor.

Simiyu Regional Commissioner said that despite the fact that the country still has enough reserves to serve citizens who may be affected by waves of hunger especially during the dry season, Tanzanians must have sustainable measures to preserve their harvest.

In a bid  to get rid of the hunger bar that can hit the nation in the near future due to the un-availability of enough food throughout the year, residents of Simiyu Region and Tanzanians in general have been urged to start preparing their farms early, especially during this time of the autumn rains, in order to produce enough crops.

He said that the Tanzania Food Reserve has more than two million tons of reserves to deal with disasters and a wave of famine that may occur in the country, but there is still a need for the people to save food for the future and start preparing their farms early in order to avoid the famine that may hit the nation.

He said that there is still a great need for the production of food crops to have a greater number of tons of crops that can deal with the bad situation that may occur due to the lack of rain and the availability of crops in many parts of the country.

He emphasized that it is the responsibility of all citizens in Simiyu Region and all Tanzanians in general to ensure that the production of food crops increases so that there will be an availability of eough food at all times throughout the year in order to overcome diseases caused by the lack of good nutrition such as such as stunting in children, anorexia and other opportunistic diseases caused by lack of good nutrition.

Speaking at the celebrations held nationally in Simiyu Region, some leaders from various institutions involved in issues related to nutrition, at the Ministry of Agriculture and the United Nations (UN) organizations called to encourage and strengthen international relations especially in the Agriculture Sector , Fishing and Animal Husbandry to ensure the availability and production of sufficient food for all citizens throughout the year.

Representative of the United Nations (UN) through the World Food Organization (FAO) Mr. Charles Tulai said that the Statistics of Food Crops in 2021/2022 is estimated to be 17.3 million tons, where grains are 9.4 million tons and non-food crops are 17 million tons per year.

He said that the United Nations Institutions including the World Food Organization (FAO) will continue to cooperate with the Government in ensuring that the country has access to sufficient food to face the challenges that may be caused by the lack of sufficient food in some areas.

And the Head of Bariadi District Mr. Lupakisyo Kapange said the purpose of the celebration is to enable citizens to gain sufficient understanding and alternative methods of modern and productive agriculture for their families and the nation as a whole where they will be able to overcome the wave of hunger as well as malnutrition that affects many families with poor income .

“Through this celebration that started today and is expected to end on October 16 this year, we want to ensure that no one is left behind in getting education on the best way to produce food and also to have alternative methods of preserving food for their families and to make farming a business for the benefit of their families,” he said.

Giving greetings on behalf of the leaders of the District level of the Simiyu Region, the Itilima District Commissioner Mr. Gabriel Zacharia said that the aim of this celebration is also to ensure that everyone gets good food at all times where the purpose of establishing World Food Day is to assess the availability of food at all times.

He asked Simiyu residents to start preparing their areas in advance that they want to use in agriculture for the next rainy season and by doing so they will be able to be sure to start producing those crops especially during the initial rains so that even if the situation changes they have already produced that crop and be able to help them in the future .

“We remind our citizens of Simiyu Region and Tanzanians in general to start preparing their farms early during this rainy season to ensure there is an availability of food at all times despite the fact that the country still has sufficient food reserves,” he said.

For his part, the Acting Administrative Secretary of Simiyu Region, Mr. John Kilunguze said that as a Region they have planned to ensure the production of food crops is improving, adding that the availability of food is sufficient for the Simiyu Region.

USA Gears Towards Free HIV Generation By 2030 As Pepfar Rolls Out Free Hiv And Aids Programs.