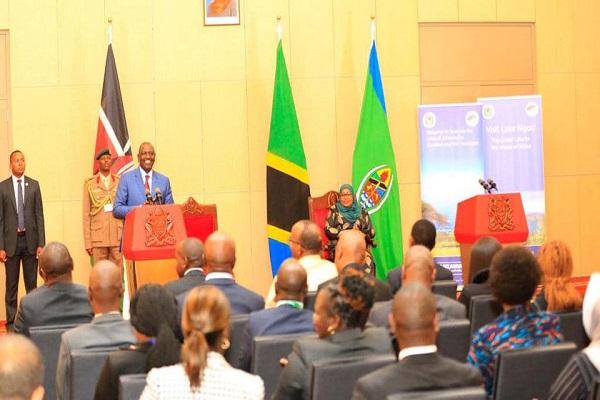 Ruto made the revelations shortly after holding bilateral talks with President Suluhu Samia at the Tanzanian State House.

Addressing Tanzanian media, Ruto said he will build on the foundations laid by his predecessor, Uhuru Kenyatta, with his Samia, in improving ties between the two neighbouring countries.

To ensure the volume of trade is increased, the two heads of state signed an agreement to remove 14 trade barriers between Kenya and Tanzania. Ruto said Trade Cabinet Secretaries of the two countries will be meeting to do away with the barriers that he said have locked trade in East Africa.

“The remaining fourteen or so barriers identified, we should by December this year have concluded to allow our people to trade so that we can allow our people and investors to benefit,” added Ruto.

On her part, President Samia noted that unlocking trade between Kenya and Tanzania will not only avert poverty but also spur economic growth.

“In total, our experts identified 68 barriers which were reviewed, and 54 non-tariff barriers were removed, and now we want our cabinet secretaries to deal with the remaining 14 to ensure there is freewill to trade,” said President Samia.