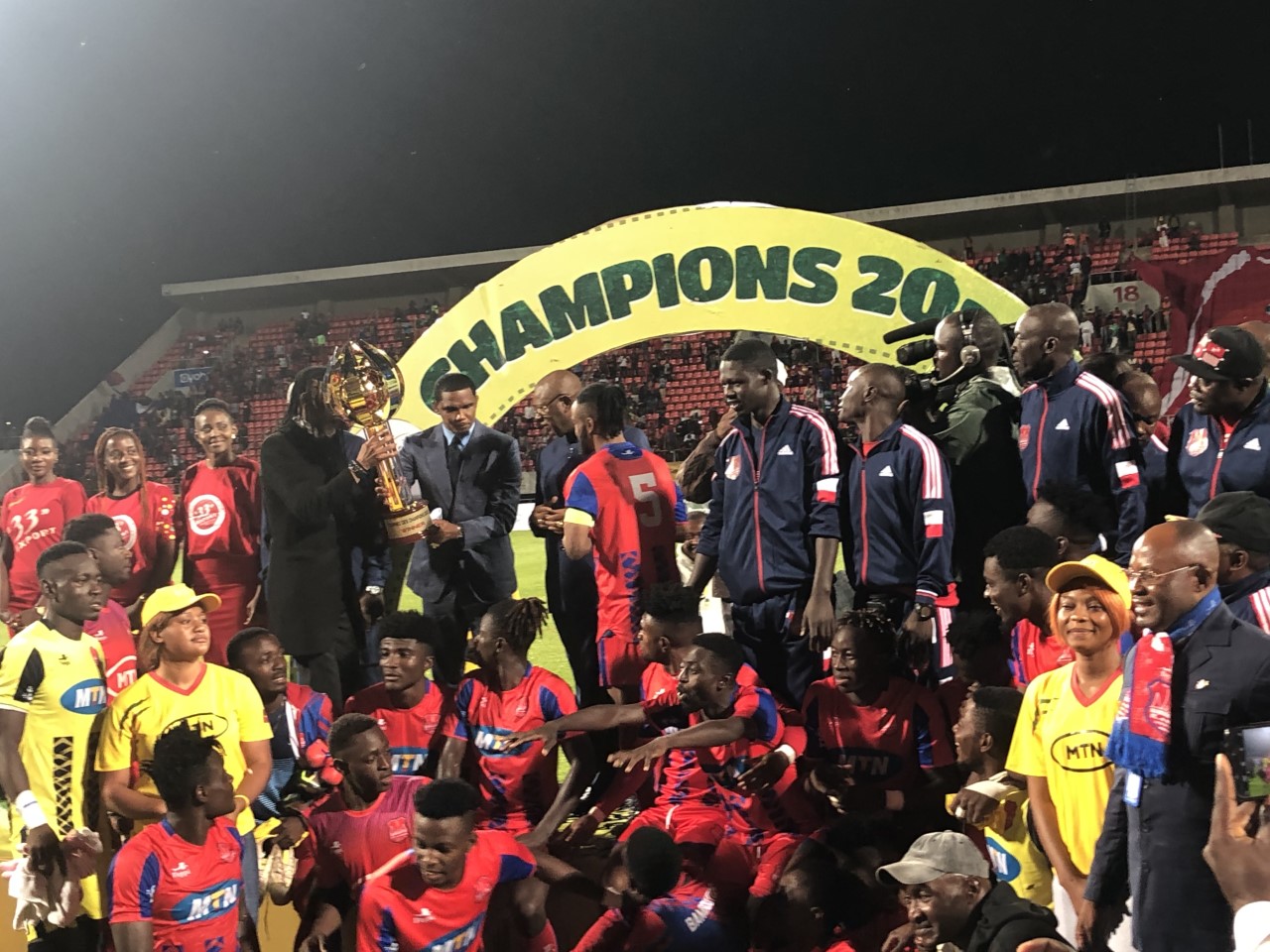 The Mangwa Boys of Bamboutos FC of Mbouda have avenged their Cameroon Cup defeat by claiming a 1-0 victory over Coton Sport FC to pick up the 2022 Super Cup dubbed “Champions Trophy.”

The game took place on October 22 at the Kouekong Stadium in Baffoussma and was watched by FECAFOOT president Samuel Eto’o. This is the second time that both sides were meeting each other in the space of a month with Coton Sport winning the first game 1-0 to claim their 7th Cameroon Cup trophy.

This was the first time that Bamboutos FC is picking up a victory against Coton Sport in the last five encounters between the two sides with Coton winning four and 1 draw in between. This is also only the second time that Bamboutos is defeating Coton in all appearances with the last victory coming back in 2016 when the Mangwa Boys left with a 2-1 victory.

Eugene Ejenguele opened the scoring for Bamboutos of Mbouda just three minutes into the encounter. His thunderous strike from outside the box could not be saved by goalkeeper Jean Daniel despite his effort. It was all Bamboutos at this point with the side creating a vast number of chances but the finishing lacked direction. The side made amends for their Cup of Cameroon defeat by taking an early lead. The side almost extended the lead at the 13mins but Serge Koupit could not make use of the chance.

Franck Atsama will be next for Bamboutos to try his luck. His header was wide from the Coton Sport’s goal post. The first opportunity for Coton Sport will come 20mins into the encounter with Kokolo creating but Eno Brandon could not finish. The Garoua-based side who recently qualified for the CAF Champions League looked tired in the game, evident from their miss passes and few chances created in the first half of the encounter. 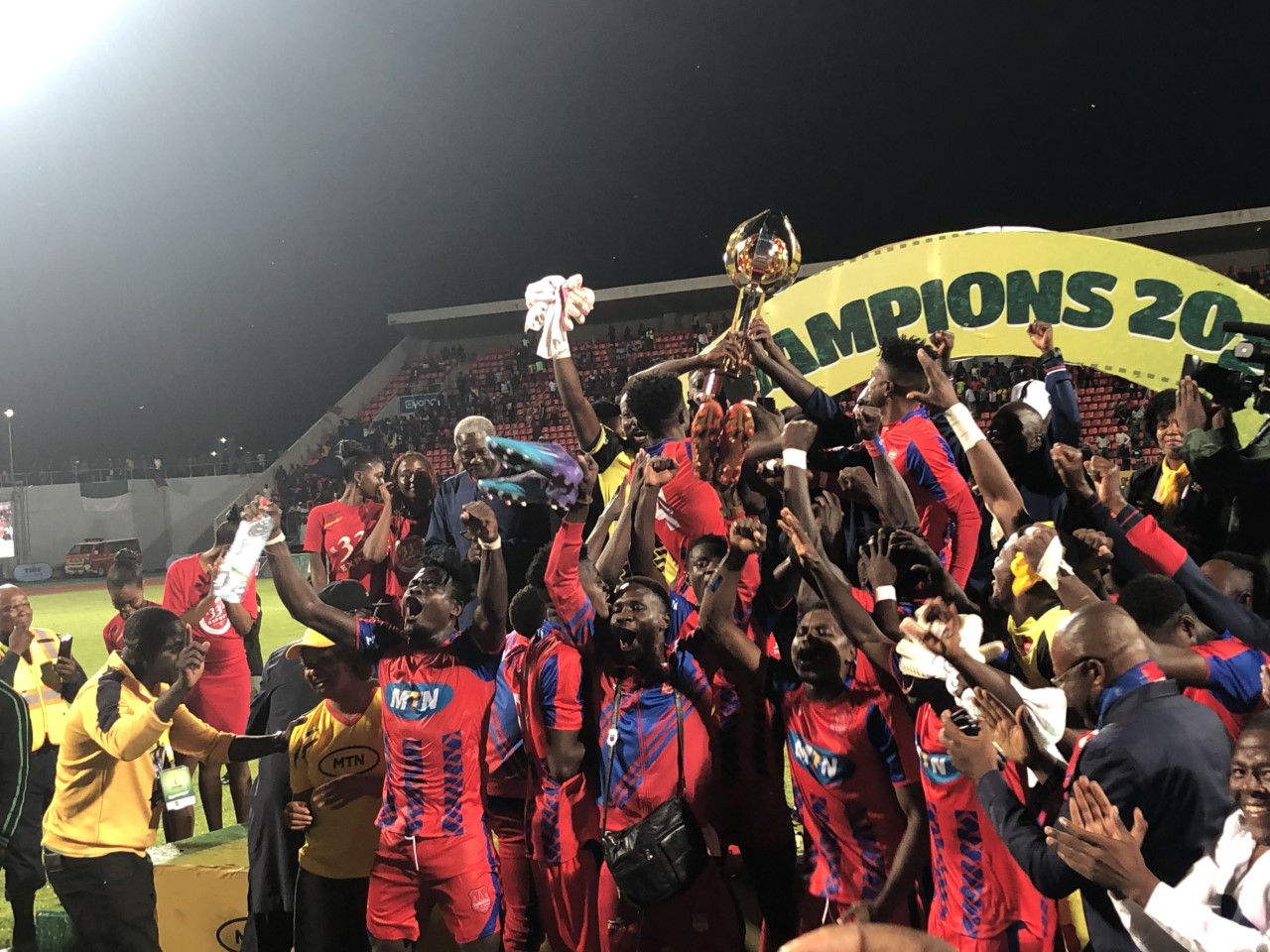 Eugene Ejenguele was the marksman for Bamboutos with the player creating several goal-scoring chances in the encounter. He had an opportunity to add to his goal tally in the 26th minute but defender Che Malone proved too strong and was able to clear his line. Malone has been an outstanding player for Coton since making the move from Union to the Garoua side picking rave reviews in the process.

The Customers headed into the second segment fully energized and looked to create several opportunities. That, however, will fall on deaf ears with a strong defence wall of Bamboutos mounted. Donatien Tankoua and Franck Atsama were excellent in the back line of the Mangwa Boys, repelling all attacks from Coton Sport.

Ina Ngasa of Bamboutos FC in his post-match reactions said It was time to correct their mistakes. He said: “We came for this game prepared to undo our errors in the Finals of the cup of Cameroon which we did it extremely well despite the absence of some of my players who were called up for the U20 selection.”

“It’s an honour to be the one to liberate the Mangwa boys after so many attempts. I must say it was a collective effort and with this victory and more to come especially if the players continue to put in place our tactical efforts,” Ina Ngasa said in reaction to Bamboutos claiming their first major silver wear.

Gabriel Haman, Coton Sport gaffer said the team delivered their best. “In as much as we committed a lot of defensive mistakes which made us conceive a goal, my players still delivered what we expected them though there was no positive finish outcome,” He expressed. 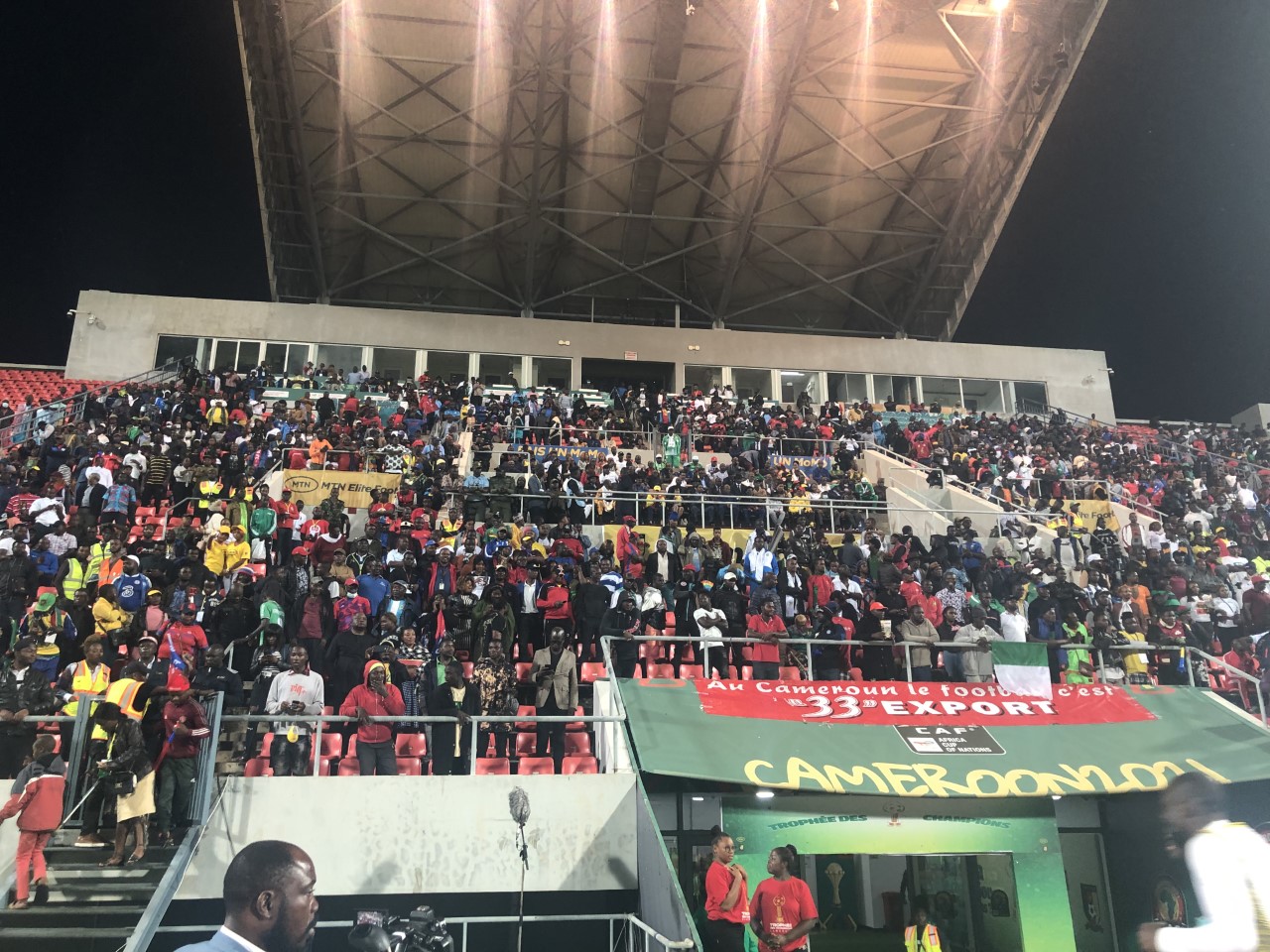 Che Malone Fondoh, a defender for Coton sports said it was a fair game. Malone said: “We tactically and physically gave in our best but we couldn’t get the nets of the Mangwa boys. Despite the absence of some of our players cannot count on our defeat because on many occasions have we been without them. So I believe it was their chance of winning.”

Bamboutos FC following this victory now turns her attention to the MTN Elite 1 championship. The side has begun the new football season with one win on the spin. In the first encounter, the side defeated Young Sport Academy 2-1 and will next take on YAFOOT on October 26 for Matchday 2. For Coton Sport, the side is yet to play any game in the championship.