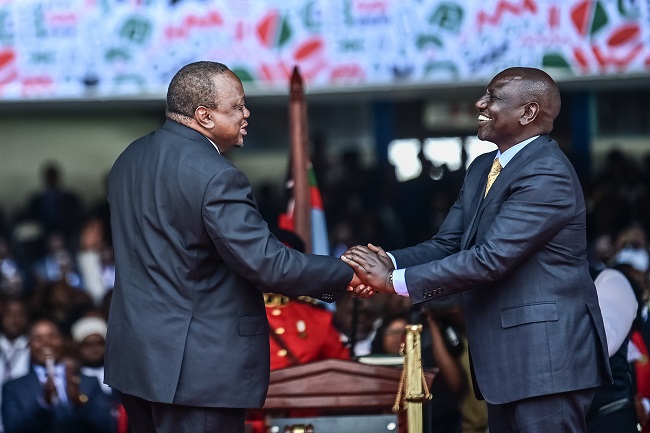 This followed the swearing-in of the fifth president of the country, William Ruto, at Moi International Sports Complex, Kasarani, yesterday.

Even after retiring, the former head of state is entitled to ten benefits as indicated in Kenyan Constitution.

The act states that Kenyatta is entitled to a lump sum payment on retirement equal to one year’s salary for each term served. He will be paid a lump sum of Ksh39.6 million ($328903).

He will also be provided with security at his urban and rural residences.

Kenyatta will also be given two four-wheel drive vehicles of his choice, which will be replaced every three years.

The government is also required to provide Kenyatta with suitable office space, not exceeding 1,000 square meters, and appropriate furnishings, equipment, and personnel.

Kenyatta and his wife, Margaret Kenyatta, are entitled to diplomatic passports, domestic and international travel allowances of up to four trips per year of no more than two weeks each, and access to the VIP lounge at all Kenyan airports. Possible that Boko Haram gets backing from Some Nigerian Politicians