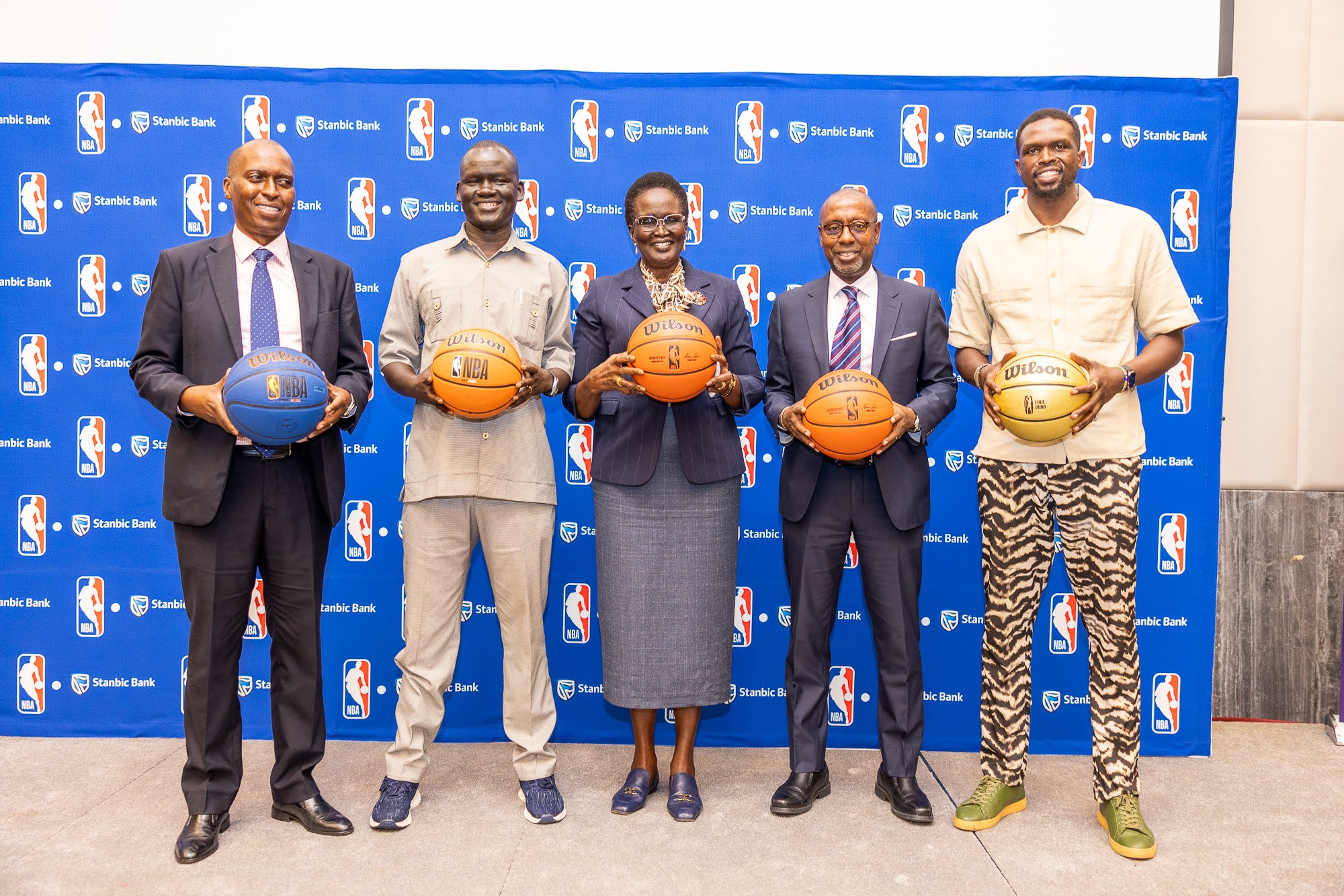 Stanbic Bank in South Sudan and NBA  Africa last week announced a multiyear collaboration to support youth basketball development in South Sudan by launching the country’s first Jr. NBA League, hosting Jr. NBA clinics and building an outdoor court in Juba beginning later this year.The initiative makes Stanbic Bank an official Jr. NBA partner in South Sudan.  The first Jr. NBA League in South Sudan, a youth basketball league for boys and girls ages 18 and under from Juba, will launch in 2023. The announcement was made on Sept. 1 at a ceremony in Juba by Stanbic Bank Country Head of South Sudan, Andrew Murugu; NBA Africa Senior Vice President and Head of Strategy and Operations, George Land; and South Sudan native and two-time NBA All-Star Luol Deng.“As a bank, we are cognizant that to remain a truly sustainable business, we must pursue and create value that goes beyond financial outcomes,” said Murugu.  “This collaboration is part of our social, economic and environmental (SEE) agenda—investing in education through sports that will positively impact the people and youth of South Sudan and their future.  Furthermore, our investment in sports, particularly basketball, is aligned to Stanbic Bank’s brand positioning, ‘It Can Be,’ which is the belief in possibilities and the actualization of the dreams and aspirations for our partners, clients and communities.”“From the great Manute Bol to two-time NBA All-Star Luol Deng, South Sudan has a proud basketball tradition,” said Land.  “We are looking forward to working with Stanbic Bank to grow the basketball ecosystem in South Sudan and provide more boys and girls from across the country with the opportunity to play and learn the values of the game.”“I believe that this collaboration is a great step towards creating a school league in South Sudan,” said Deng.  “Having our youth participate and play basketball at the Jr. NBA level will expose them to the sport and allow them to develop skills that will carry them through life.  I want to commend Stanbic Bank and NBA Africa for ensuring that a national organization spearheads the implementation of the league on the ground.  I also would like to encourage our families to support their children in participating, especially our girls.”The Jr. NBA is the league’s global youth basketball program for boys and girls that teaches the fundamental skills and core values of the game – teamwork, respect, determination and community – at the grassroots level in an effort to help grow and improve the youth basketball experience for players, coaches and parents.  The Jr. NBA program has been launched in 15 African countries.Born in Wau, South Sudan, Luol Deng was selected with the 7th overall pick by the Phoenix Suns in the 2004 NBA Draft and was subsequently traded to the Chicago Bulls where he played from 2004-2014.  He also played for the Cleveland Cavaliers (2014), Miami Heat (2014-16), Los Angeles Lakers (2016-18) and Minnesota Timberwolves (2018-19), before signing a one-day contract to retire as a Bull ahead of the 2019-20 NBA Season.  Deng is a two-time NBA All-Star (2012, 2013), a recipient of the 2007 NBA Sportsmanship Award and was named to the 2005 NBA All-Rookie First Team.Deng was a member of the Great Britain National Team at the 2012 Olympic Games in London and captained Team Africa in the NBA Africa Games in 2015 and 2017.  He regularly participates in youth development initiatives in Africa, including Basketball Without Borders Africa.  He was elected South Sudan Basketball Federation President in November 2019 and joined NBA Africa as a strategic investor in May 2021.About Stanbic Bank:

Stanbic Bank is a member of the Standard Bank Group, Africa’s largest bank by assets.  Stanbic Bank is licensed and regulated by the Bank of South Sudan and has provided banking services in South Sudan since 2004, before the signing of the Comprehensive Peace Agreement (CPA) in 2005.  The bank provides corporate, business and personal banking services to the key sectors that drive the South Sudan economy, including Oil & Gas, Power & Infrastructure, Humanitarian & Development Assistance, Government, Telecommunications and Insurance.  About NBA Africa:NBA Africa is a standalone entity formed in May 2021 that conducts the NBA’s business in Africa, including the Basketball Africa League (BAL).  The NBA has a long history in Africa and opened its African headquarters in Johannesburg, South Africa in 2010 before opening additional offices in Dakar, Senegal, and Lagos, Nigeria.  The league’s efforts on the continent have focused on increasing access to basketball and the NBA through youth and elite development, social responsibility, media distribution, corporate partnerships, NBA Africa Games, the BAL, and more. NBA games and programming are available in all 54 African countries, and the NBA has hosted three sold-out exhibition games on the continent since 2015.  The BAL, a partnership between the International Basketball Federation (FIBA) and NBA Africa, is a professional league featuring 12 club teams from across Africa that recently completed its second season.  Fans can follow @NBA_Africa and @theBAL on Facebook, Instagram, Twitter and YouTube.

Could Nigeria’s Oil Industry Be Entering a New Era?