He was sworn in by Chief Registrar of the Judiciary Anne Amadi in the presence of Chief Justice Martha Koome.

“I, William Samoei Ruto …. do swear that I will be faithful and bear true allegiance to the Republic of Kenya; that I will obey, preserve, protect and defend this Constitution of Kenya, as by law established, and all other laws of the Republic; and that I will protect and uphold the sovereignty, integrity, and dignity of the people of Kenya,” he said.

Ruto took two oaths of office, the first being the oath of allegiance, followed by the execution of the President’sPresident’s office.

Ruto signed after taking the two oaths in front of Attorney General Kihara Kariuki and the President of the Supreme Court. He also signed his inauguration certificate.

The certificate was presented to President Ruto by the Chief Justice as the final step in his inauguration. 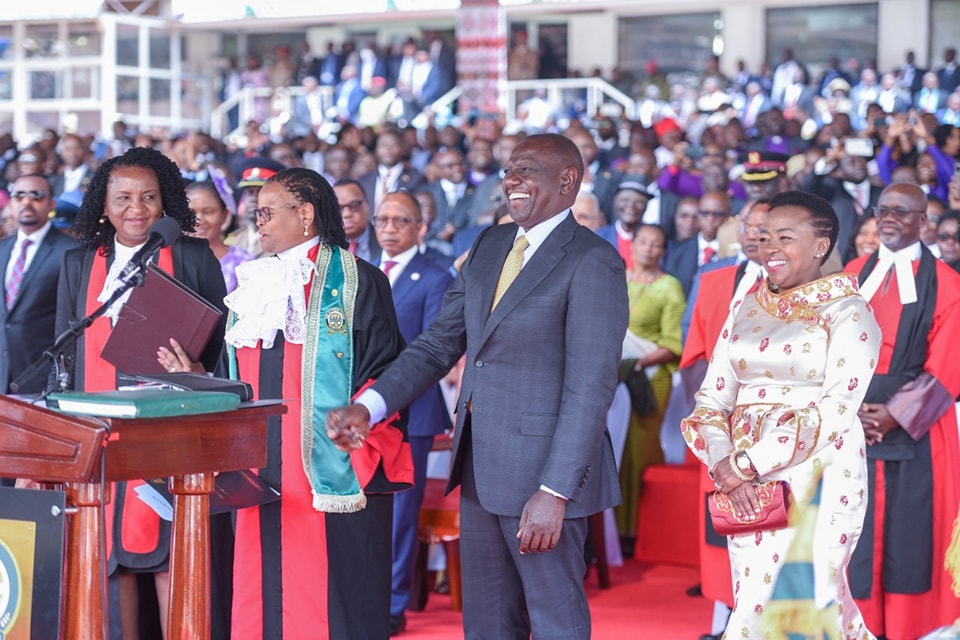 Koome then invited the outgoing Head of State, Uhuru Kenyatta, accompanied by Kenya Defence Forces Chief General Robert Kibochi, to hand over the tools of power, the Sword of Honour, and the Constitution.